Up until a few weeks ago, I hadn’t thought about, really thought about, Mary J. Blige in about a decade. The Mary I remember most vividly was the Mary of No More Drama (2001), the Mary who sang the impossible-to-identify words to “Family Affair” over a modest beat. Growing up, Mary J. Blige was a star who stood out among the pasty, fabricated pop sensations of my early-2000s coming of age. Mary was mature. She was wise. She was soulful. She could sing. Despite all that, when I lost interest in pop music, I lost interest in Mary. I admired her and respected her. But when I listened to “Real Love” or “Be Without You,” I didn’t feel inclined to sit with it. It rested blithely on the radio waves. I let it in and let it out.

My history with Mary was fleeting, so when I put on her new album The London Sessions, I was surprised by how captivated I was. It was raining. I was alone and freshly returned from a tour that had thrown into question everything I’d ever known about personal success and happiness. The soulful hums of the opening track “Therapy” kicked in and Mary crooned, “Why would I spend the rest of my days unhappy?” as if she knew exactly the question I was asking myself. It was the first time I had listened to a Mary J. Blige song and felt as though it were speaking to me with relevance and meaning. From this point, I was committed to sitting with Mary and listening to her, truly, for the very first time.

“Therapy,” rolls into the roaring “Doubt,” a song so incredibly hymnal you might picture Mary at the helm of a burgeoning choir. She sings, “I can’t keep doubting myself anymore,” and the power in her voice makes me believe that she doesn’t and never will again. By the time I got to the third song, “Not Loving You,” I was sobbing. The first four songs on the record are soul-soaked ballads that nestle Mary’s devastatingly beautiful voice in a roomy, echoing backdrop that renders it celestial. These songs struck me as truthful and effortlessly emotional in a way that contrasted heavily with the material I’d come to associate with her in the past few years; namely radio singles and club songs that hit their marks but ultimately felt trite.

The London Sessions, her 13th album, takes a very different turn after the opening numbers, so much so that it sounds like a completely different record from song five to song 12. Mary worked with a small array of British producers and writers for this release, including Sam Smith, Jimmy Napes and Disclosure, and each of her collaborators coaxes out a different result. Indicative of her work with EDM prodigies Disclosure, the next few songs on the record seem solidly locked in a pseudo-dubstep groove. Towards the end of the album, we get a few throwback hits, like “Follow” and “Nobody But You,” that sound like a Bally Total Fitness playlist from 1995. Surprisingly enough, nestled between them is “Whole Damn Year,” a soft, lo-fi cut that sounds like it could have been recorded in Mary’s bedroom. The album ends with “Worth My Time,” another feelings-ridden ballad in which Mary’s vibrato mimics a wavering sob, working through a veil of tears, not giving up, never giving up, despite the hardship.

While The London Sessions as a whole may be lacking in sonic cohesion, Blige’s vocal delivery is strong and unwavering, bringing a consistent sense of strength and honesty throughout. Her vibrato is delicate and meticulous, her crescendoes have simultaneous grace and power. Her control is apparent throughout the club hits and the R&B croons, but it is most striking in the three opening songs and the album’s closer.

In these numbers, I felt like I heard a Mary J. Blige I had never heard before, at least not on the radio. The production lends an audible and emotional clarity that seems to have been buried in songs of the past and the very recent present that were all about the beat and not very much about Mary. Throughout The London Sessions, Mary sounds clearer, her voice sounds stronger and more forward, almost omnipresent. When I re-listened to some of her older material, the production rendered her voice almost as an afterthought, crowded out by rhythms and sounds, instead of elevated as a focal point.

While the many collaborations make for a stylistic reinvention with nearly every song, the variety of approaches forces Blige to find common ground. In doing that, she seems to have channeled a guttural and emotional Mary, one who drives home a different sense of strength and honesty. She sounds deeper, more real, more powerful on this record. Perhaps because the particular production complements her voice more successfully than was the case on some of her other recent releases. Or maybe because she handed off much (but not all) of the writing and production duties to totally different but trusted counterparts, Mary had the space to reach deep inside of herself and pull out rawness and emotion, channeled solely through her voice, and place it in a totally new sonic landscape. On The London Sessions, Mary isn’t shrouded in a hit or a beat. In fact, I wouldn’t really even say there’s an obvious single on the album. Here, she is just Mary.

Although I had acknowledged other Marys over the years, I felt like I had never truly heard Mary J. Blige until The London Sessions. At first I thought this was because I had never sat down with a full record of hers before. Maybe I would have had the same emotional response to her other releases if I had given them a fair chance. But after revisiting a large swath of her material, I was convinced that this was a different and more relatable Mary, a Mary to whom I was compelled to listen, because it appeared to me that for the first time in a very long time she was listening to herself. 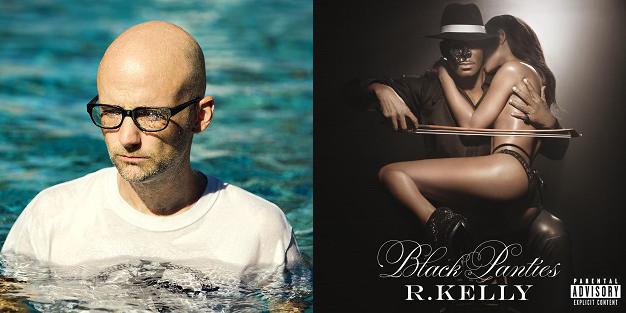 Allison Crutchfield (Swearin’) Talks Mistaken for Strangers and the National