Sean Tillmann has been making records under the name Har Mar Superstar since 1999.  Under the Har Mar moniker Sean has gone through a plethora of phases ranging from fun-loving beats-based music pioneer (he and Peaches shared stages early on) to angry arena crowd opener (public lewdness police records to prove it) to soul music crooner. His latest album, Best Summer Ever, is out now.

Adam Green’s Aladdin was such an insane labor of love for Adam, and it just seemed like such a huge undertaking because he’d never done anything like it before. He wrote the entire script and crowdsourced and funded an entire feature film! The sets were all papier-mache and cardboard cutouts, painted with versions of his artwork. It’s like an Alejandro Jodorowsky-level undertaking. It took two years, but it seemed like it would take 20.

It’s this wonderful allegory on greed and the government and love and everything in between. It’s pretty much the story of Aladdin, just Adam Green-ified. There’s a lot more sex and greed. Basically Aladdin gets the lamp and it brings out the worst in everyone around him, from his family to his love life to just everything that he touches. It’s all set in this cartoonish world where nothing is real and it’s definitely through the lens of Adam’s very distinct worldview.

I play “British Druggie Guy,” who shows up a lot in the movie. You’d think a guy with that title would kind of just show up and leave, but I tend to be there a lot. He’s one of the succubae that shows up in Aladdin’s life, amongst the madness of the lamp, kind of taking a ride and being the drug buddy. He’s based on real-life characters we’d encounter at bigger London shows. Adam remembers a guy much like who I portrayed from when he was on tour with Libertines. I’ve met many of this guy, who kind of like facilitates and then is around and never leaves. He’s the classic character in a rock ‘n’ roll scenario, but very British. A low, grumbling guy who’s sort of half dead, but who’s always willing to make the run if you give him your money.

A lot of amazing people are in the movie, too. There’s Alia Shawkat, Natasha Lyonne, Macaulay Culkin. Jack Dishel is amazing as the Sultan, just an incredibly surprising performance. I had never seen him really go into a character, and he just crushed it. He used to play in Moldy Peaches and he has a project called Only Son. It was great to see him take on that role. There’s so many people in it. Everybody kind of came together to shoot in this warehouse in August, in the middle of one of the hottest summers ever in Red Hook. There was no air conditioning and we were all wearing very heavy, cartoonish costumes with wigs and makeup and sweating our asses off. It says a lot about the reach that Adam has, especially with other artists and their dedication to him. He’s so dedicated to his vision of making something happen that you know is going to turn out amazing.

I put full trust in Adam. We’ve been very good friends for a very long time. I would help him do anything. When you’re shooting something like this, you can feel really discombobulated and have no idea what’s going to happen in the end, and that was definitely the case, but it was super well organized and done in a way that I knew would turn out to be really special. I’ve seen him take on so many crazy things, and I always know it’s going to be good. I’m in number-one fan territory, beyond friendship.

Sean Tillmann has been making records under the name Har Mar Superstar since 1999.  Under the Har Mar moniker Sean has gone through a plethora of phases ranging from fun-loving beats-based music pioneer (he and Peaches shared stages early on) to angry arena crowd opener (public lewdness police records to prove it) to soul music crooner. His latest album, Best Summer Ever, is out now.

Adam Green
aladdin
best of the decade
Har Mar Superstar
Heart Bones
Sean Tillmann
Revisited: How Not to Talk About a Film (Not) About Disability
Best of the 2010s: Juiceboxxx’s Favorite Thing of the Decade Was… 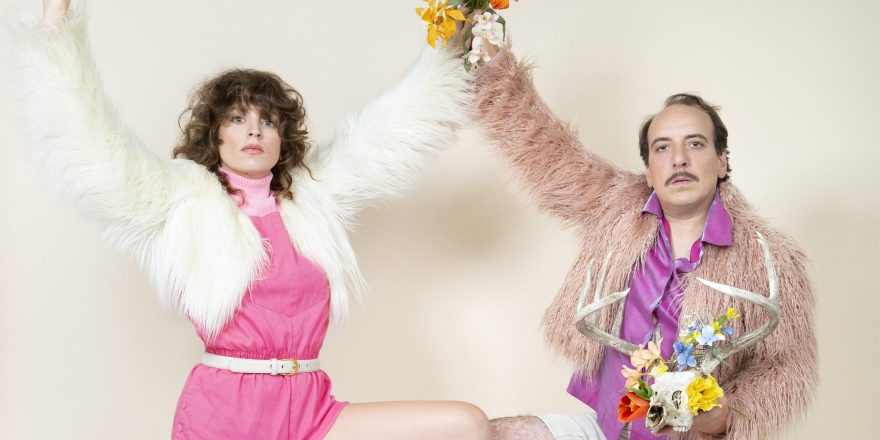