Bad Moves is Emma Cleveland, David Combs, Katie Park, and Daoud Tyler-Ameen. Formed in 2015, the band has performed throughout the U.S. and U.K., held its own alongside Jeff Rosenstock and The Hold Steady, and even been animated into an episode of Cartoon Network’s Craig of the Creek. Once we can all stand in a room together again, they intend to tour. Recorded late last year at Philadelphia’s Headroom Studios with Joe Reinhart (Hop Along), Untenable nudges Bad Moves’ sound to suit a slightly darker outlook. The drums charge along with intensity and bite. The guitars favor lockstep call-and-response riffs. A bit of noise, dissonance, and snarl has crept into the periphery. Those spikier sounds frame lyrics about the numerous places that instability erodes our lives — tipped wages, service industry jobs, our self image as groomed for public consumption via social media.


Bad Moves
coronavirus
The Way We Get By

Occasionally, I hear songs in my dreams. I’ll be asleep, dreaming that I’m watching a band at a show or listening to music at the supermarket. When I wake up, I’ll think, “Wait, there was no show,” or “There was no supermarket.” That’s when I’ll realize that the song I was hearing came from inside my brain. Therefore, it’s mine to write!

One morning in early 2019, I woke up and remembered the distinct shape of an entire song, structurally and melodically, from start to finish. Lyrically, though, I could only recall the line that was repeated the most: “We’re still having a good time.” It says something about our band’s songwriting ethos — and maybe my own neuroses — that as I explored translating this dream-song into what would become our “End of Time,” the word that jumped out to me was “still.”

We talk a lot in Bad Moves about how instability and chaos can also be opportunities for things to move forward and change. During the writing of our new album, Untenable, a theme that kept emerging in the lyrics was the anxieties that come with living through times of perpetual crisis. There are some big-picture anxieties in these songs, and some that are more personal or identity-driven. But there are also moments of joy, albeit the kind of mitigated joy that exists in the midst of a complicated range of emotions, sharing space with depression and fears about the future. Life is full of extreme ups and downs, and we’ve always been most interested in how pop music can capture both at once.

The first lyrics I wrote for “End of Time” (while awake) were, “Maybe this all ends up fine/Or maybe it’s the end of time.” In the past few years we’ve experienced that sentiment more than once, but nothing has felt quite so much like the end of time as the extreme uncertainty we’re living through right now in the COVID-19 pandemic. So in the spirit of embracing moments of mitigated joy to get through moments of unmitigated darkness, we thought we’d each share some of the small ways that we’re personally “having a good time” these days. Still.

I’ve been doing some of the classic quarantine activities, like baking bread (it turned out kinda flat both times) and watching reality TV (it really delivers, to be honest). I also signed up for a plot in a community garden so I’d have an excuse to go outside and get dirty. Hand-washing feels better when you’re actually covered in mud. But the thing that has felt the most exciting to me has been relearning Portuguese. I’m taking a weekly class with an online tutor, but I’m also chatting almost every day on an app that connects language learners from other countries.

Brazilian culture is extremely social, and during lockdown a lot of people are reaching out to learn English. I’ve done a couple video chats, but mostly people just send messages to say hello and talk about how our days were. I’ve learned about modern pagode and sertanejo music, helped someone with research they are doing on sexual innuendo at barbecue restaurants, trashed how both our governments are dealing with the crisis, passed along American-style vegan recipes and traded e-books in both languages. Last week, a friend I met from the south of Brazil sent me a video of him playing the bass line from a Dua Lipa song. Another person sends me voice memos of himself singing songs in English and asking for pronunciation tips. It feels a little like being a teenager: There’s a certain excitement and wonder at connecting with people so far away on the internet, and as a lot of people are noticing, nostalgia feels really good right now.

Productivity in a crisis is overrated, but weirdly, one of my home remedies for stress is attempting to make electronic music. Because the drum kit was my first instrument, I’ve always thought of music-making as an act of physical exertion; even when I picked up guitar I naturally found a style that was choppy and rhythmic and very drum-like. Then five years ago, I walked into a tall person’s elbow at a bar and wound up with a concussion, which meant months of avoiding physical exertion and loud noise, or risking terrible headaches, extreme fatigue and a lot of frustration. After a while I got restless, and bought a cheap MIDI controller to see if that mode of creation might treat my addled brain a little kinder. Today it’s still where I turn when I feel stuck.

I have so much more to learn, but hacking my way through Ableton Live has illuminated a few things. For one, switching contexts is a great moral boost for anyone in a rut. When you take away the muscle memory of the creative practice you’re already good at, you gain back some of the reckless excitement from when you first started making art: You don’t know what you’re doing and you don’t expect to, so every tiny breakthrough feels huge. (I’ve found ideas this way that I’d never have had otherwise: “Same Bad Friends,” a song on Untenable, started as an electronic demo with synths and loops, which we reverse-engineered for guitars and live drums.) But more importantly, I find this kind of dabbling to be worth it even when I don’t make anything worth keeping. The simple magic of playing a melody, then adding another on top while the first one loops, briefly makes this whole mess feel just a little less lonely.

It’s impossible for me to talk about my pandemic coping strategies without mentioning BTS — yup, the K-pop boy band. I cringe a little to admit it during a time of such widespread crisis, but sometimes the only way I can stave off despair is to watch videos of these seven boys playing variety show games, or learning to make kimchi, or riding tiny tricycles around an arena concert stage.

The thing is, even in social isolation, fandom has made me feel connected to others in ways I never expected. I’ve made real, meaningful friendships with other fans, discussing the latent anti-capitalist messaging in the group’s lyrics (yes, I realize they’re multimillionaire corporate-sponsored pop stars) and the particular significance that BTS fan communities have among people with marginalized identities. It’s been a vehicle for me to explore community, artistry, my identity as a queer Korean-American. And it’s given me a treasure trove of reaction GIFs to send back and forth with friends.

The idleness of quarantine has sapped me of motivation to stay physically or creatively active. Exercise seems a little less daunting, though, when my housemates and I challenge each other to learn BTS’s highly athletic choreography. And while songwriting inspiration has been hard to come by, I’ve found a lot of release in arranging and recording BTS covers on piano — which is making me think about chord voicings and song production in a very different way.

I don’t know what’s going to happen this year. I don’t know when I’ll get to see my parents again, or visit friends and family overseas. I don’t even know when Bad Moves will play a show again. But I know I can pull up any number of BTS videos on YouTube and find myself howling with laughter or beaming with pride or tearing up at their displays of friendship. Right now, that little bit of certainty is bringing me a lot of peace.

I typically get most of my exercise while bike commuting, but these days my longest commute is between my house and my partner’s apartment — and we only live a mile apart on the same street. To make up the difference, we decided we’d both try to keep up with daily exercise videos, taught by the most excitable instructors we could find on YouTube. After shopping around, we landed on barre, a form of exercise that’s based in ballet training and incorporates yoga, pilates and aerobic workouts.

I don’t really have any context for which workout styles are currently in vogue, but Emma tells me that my settling on barre is “hilarious.” Having been a cyclist for almost 20 years, my leg muscles are conditioned to just go up and down, so it’s pretty wild to see what happens when they have to stretch and twist. I’m also barely even coordinated enough to hop up and down while playing guitar onstage, so pushing myself to build balance and flexibility by imitating a ballet dancer on a screen has been a challenge. But feeling grounded in my body has long been one of the most effective ways for me to regulate my mental health. Especially in times this hard, getting a little endorphin rush every day has been so important.

Bad Moves is Emma Cleveland, David Combs, Katie Park, and Daoud Tyler-Ameen. Formed in 2015, the band has performed throughout the U.S. and U.K., held its own alongside Jeff Rosenstock and The Hold Steady, and even been animated into an episode of Cartoon Network’s Craig of the Creek. Once we can all stand in a room together again, they intend to tour. Recorded late last year at Philadelphia’s Headroom Studios with Joe Reinhart (Hop Along), Untenable nudges Bad Moves’ sound to suit a slightly darker outlook. The drums charge along with intensity and bite. The guitars favor lockstep call-and-response riffs. A bit of noise, dissonance, and snarl has crept into the periphery. Those spikier sounds frame lyrics about the numerous places that instability erodes our lives — tipped wages, service industry jobs, our self image as groomed for public consumption via social media.

Bad Moves
coronavirus
The Way We Get By
How Do You Define Sisterhood?
Lindy Vision Are Healing Past the Trauma 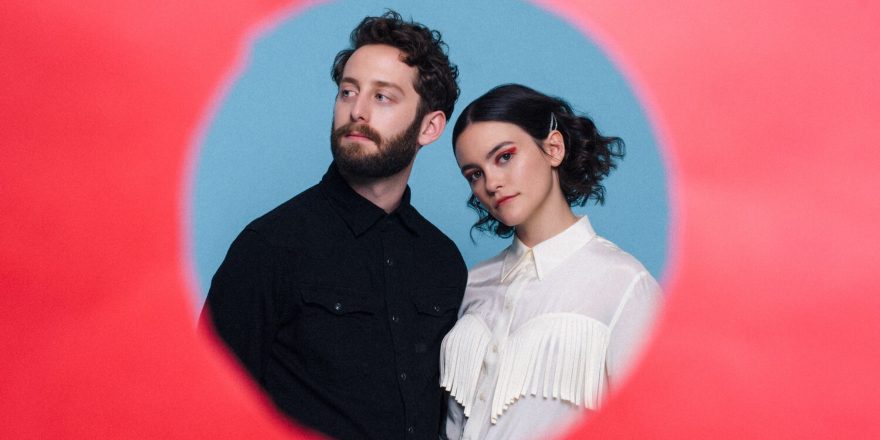 The Way We Get By: Diet Cig Are Baking and Playing Drums