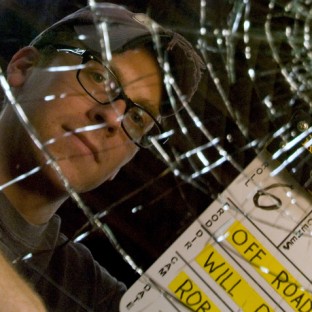 William Dickerson is an award-winning screenwriter, director and author whose debut feature, Detour, was released theatrically and On Demand in 2013. He self-released his metafictional satire, The Mirror, and recently completed his third feature, Don’t Look Back. His first book, No Alternative, was declared, “a sympathetic coming-of-age story deeply embedded in ‘90s music” by Kirkus Reviews and his latest, Detour: Hollywood – How to Direct a Microbudget Film (or any film, for that matter) is out now. Learn more at his official site.

@KelAtTheMovies Love this. This film moved me immensely. Just wrote a piece on it: https://t.co/O41TsIh8hP

A Yonkers-raised filmmaker steps back to look at the miniseries about the housing controversy in which his own father was involved.
Drawing on his own dark past, an actor fashions a portrait of two drug-addicted lovers who are prisoners of their primal urges but yearn to be free.