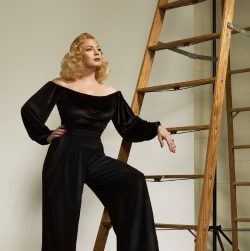 Traci Lords is an American actress. She’s appeared in dozens of films and television shows from Roger Corman’s Not Of This Earth, John Water’s Cry Baby, Blade, Zack & Miri Make a Porno to Excision; from Melrose Place, Roseanne, Will & Grace and Gilmore Girls to series regular roles on NBC’s Profiler and Syfy’s First Wave. Her pioneering techno album 1000 Fires (Radioactive/MCA) topped the Billboard Dance Chart and was featured on both the Mortal Combat and Virtuosity soundtracks. She is also a  successful designer and her line, Traci Lords for Couture for Every Body is available at PinupGirl Clothing. She lives in Los Angeles with her husband, young son and their rescue German Shepherd.

@Terracino1 Wouldn’t it be nice?