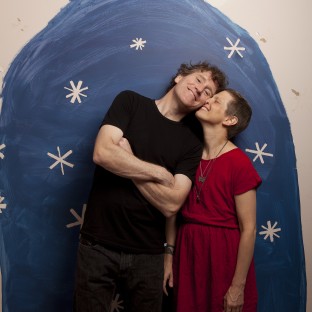 Singer/songwriters Deb Talan and Steve Tannen began writing together the night they met and soon formed the Weepies. On the strength of their simple yet insightful songwriting and distinctive harmonies, they quietly sold more than a million records, with over 17 million streams on Spotify and 20 million views on YouTube. They married and had three children, rarely touring but continuing to release their music, five records over seven years. Their new album Sirens is available now. You can follow them on Twitter here.

The Weepies Ashland, OR show on Jan 18, 2022 now on sale! So that means all tickets for this final run are now avai… https://t.co/prckoj6wbx

The Weepies is an American indie pop-folk duo consisting of ex-husband and wife singer-songwriters Steve Tannen and Deb Talan . The pair began making music together in Cambridge, Massachusetts, in 2001. They finalised their divorce on New Year’s Day 2020. In 2006, The Weepies big label debut Say I Am You came out on Nettwerk Records. After an initial hard-scrabble tour in their compact car as a duo, Deb Talan & Steve Tannen’s music appeared in more than a dozen TV shows, as well as several major motion pictures. Their iTunes sales topped the folk charts in eight countries. Gary Lightbody of Snow Patrol nominated them for a Short List Music Prize, and Mandy Moore asked them to write with her and sing on her album. They were invited to open for the Indigo Girls and invited onto the Hotel Café Tour; they played the Oxegen Festival in Ireland, the Hurricane Festival in Germany, and T in the Park in Scotland. Their MySpace player hit 2 million plays. JCPenney and Old Navy used their tunes as the theme songs for their major holiday TV campaigns. When The Weepies returned home in 2007, they were exhausted. “2006 was amazing. Coming off the road in 2007 should have been this blissed-out time with so much to celebrate, but it was totally depressing. Our rented shack in the California hills was cold, it had a leaky roof and there were mice living in it. Our electric guitar had been destroyed on the last plane flight of the year. We hadn’t seen most of our close friends in months.” “We were empty,” says Talan. “We both felt dark after being in the bright lights for a year. We were looking to reconnect with what moved us about music in the first place. We needed to hide out and write.” Hideaway was the result of their year-long struggle to get tapped in again, released in 2008. Another homemade gem, Hideaway is a darker companion to their first album, with 14 new tunes ranging from the upbeat title track to the jangly rock of Not Dead Yet to gorgeously arranged meditations like How You Survived the War and Little Bird. As with most of The Weepies’ music, there is a happy ending to all the struggle: Deb and Steve were married in 2007, and they had a baby boy, Theo, in October. The Weepies sound on Hideaway remains rooted in their unique writing and unusual harmonies. Their distinctive production was filled out again by bass player and guitarist Whynot Jansveld, guitarist Meghan Toohey and drummer Frank Lenz. Additional musicians on this album include string player Oliver Kraus, keyboardist John Deley, guitarist Steve Walsh, and horn player/keyboardist Brad Gordon. The Weepies' fourth full-length album, Be My Thrill, was released in August 2010. Read more on Last.fm. User-contributed text is available under the Creative Commons By-SA License; additional terms may apply.

The Weepies had never heard Rocky Votolato's music before this album. Now they're fans.