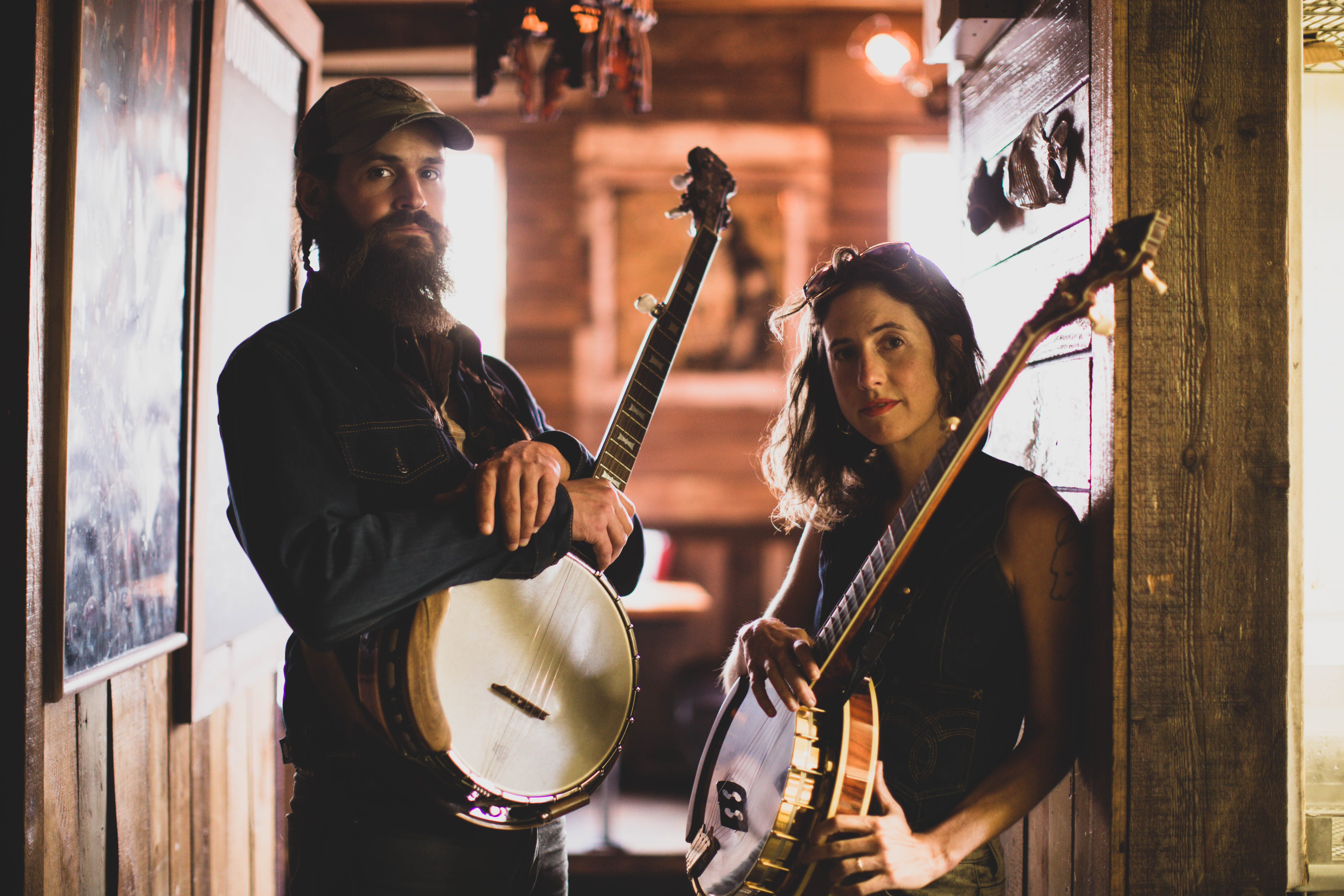 Kendl Winter and Palmer T. Lee are two kindred spirits who first met on the banks of the Mississippi while touring the Midwest festival circuit. Born and raised in Arkansas, Winter found herself drawn to the evergreens and damp air of the Pacific Northwest, as well as the boundless music scene of Olympia, Washington. She released three solo records on Olympia-based indie label, K Records, and performed in ramblin’ folk bands and anarchic punk bands before serendipitously meeting Palmer T. Lee in 2013. Lee had built his first banjo when he was 19 from pieces he inherited and began cutting his teeth fronting Minneapolis string bands before convincing Winter that they should form a banjo duo. Now, as The Lowest Pair, they have recorded and released five albums together, relentlessly toured North America, and ventured to the UK twice, playing over 500 live shows over the past five years.

After each releasing solo albums via Conor Oberst’s Team Love Records in 2018, Winter and Lee began working on The Lowest Pair’s forthcoming 10-song set, The Perfect Plan. As a songwriting team, the duo tends to see artistic sparks all around them — in poems, people, ideas, experiences – and throughout the process of writing these new songs, they felt the need to push their creative limits. They turned to producer Mike Mogis of Bright Eyes who took them to ARC Studios in Omaha, Nebraska, and set them in a soundscape backed by a slate of session players that lifts the album from simple folk into spirited Americana and beyond.

An album premiere from the experimental folk duo, plus a convo with their producer Mike Mogis (Bright Eyes).