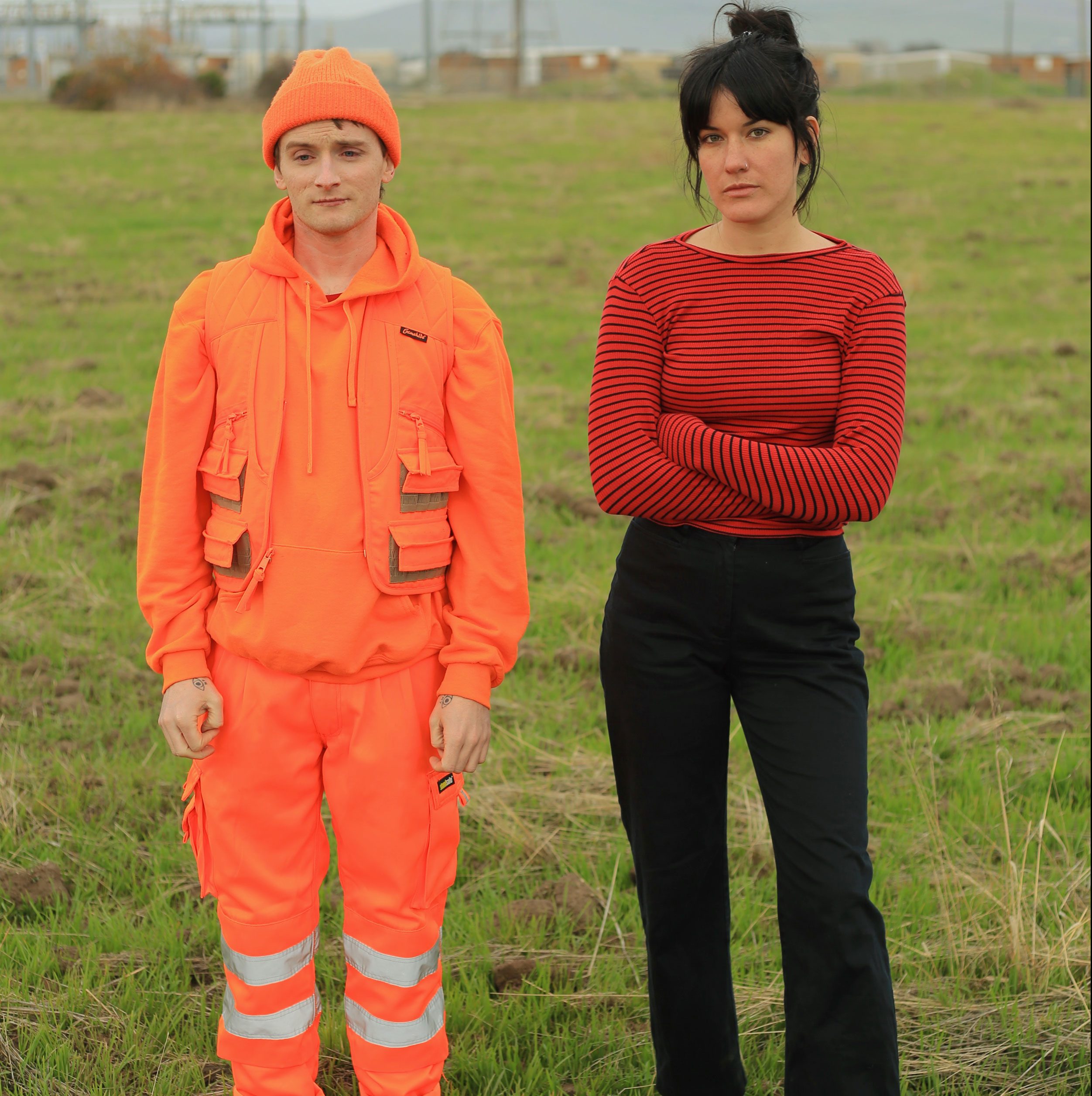 Wound deep within the anthemically angular indie-punk of Oakland-based two-piece band Shutups is a story of resilience and deep friendship. Singer/songwriter/guitarist Hadley and drummer Mia were college buddies pulled apart due to simple geography, but reunited after Hadley suffered a medical emergency that left him walking with a cane and hiding from the sun for two years. Three years later, Shutups announce its debut, Every Day I’m Less Zen.

Shutups pools from shared influences such as Fugazi, Paul McCartney and Wings, Elliott Smith, Yeah Yeah Yeahs, and Diarrhea Planet. The band’s mix of lush instrumentation and imaginative arrangements stays visceral courtesy of Mia’s drumming which is both caveman and keenly attuned to each track’s jagged twists and turns.

To date, Shutups has released four EPs. The pair’s debut long player is a watershed release that benefits from careful reflection and an unrushed studio schedule. Every Day I’m Less Zen was produced by Cody Votolato, the guitarist from the post-hardcore group The Blood Brothers who recently produced Dude York’s 2017 release, Sincerely.

Up next, Shutups will hit the road and likely return soon to the studio as a follow up album has been fully written.

The premiere of the band's debut album, plus an essay by its producer Cody Votolato (The Blood Brothers).