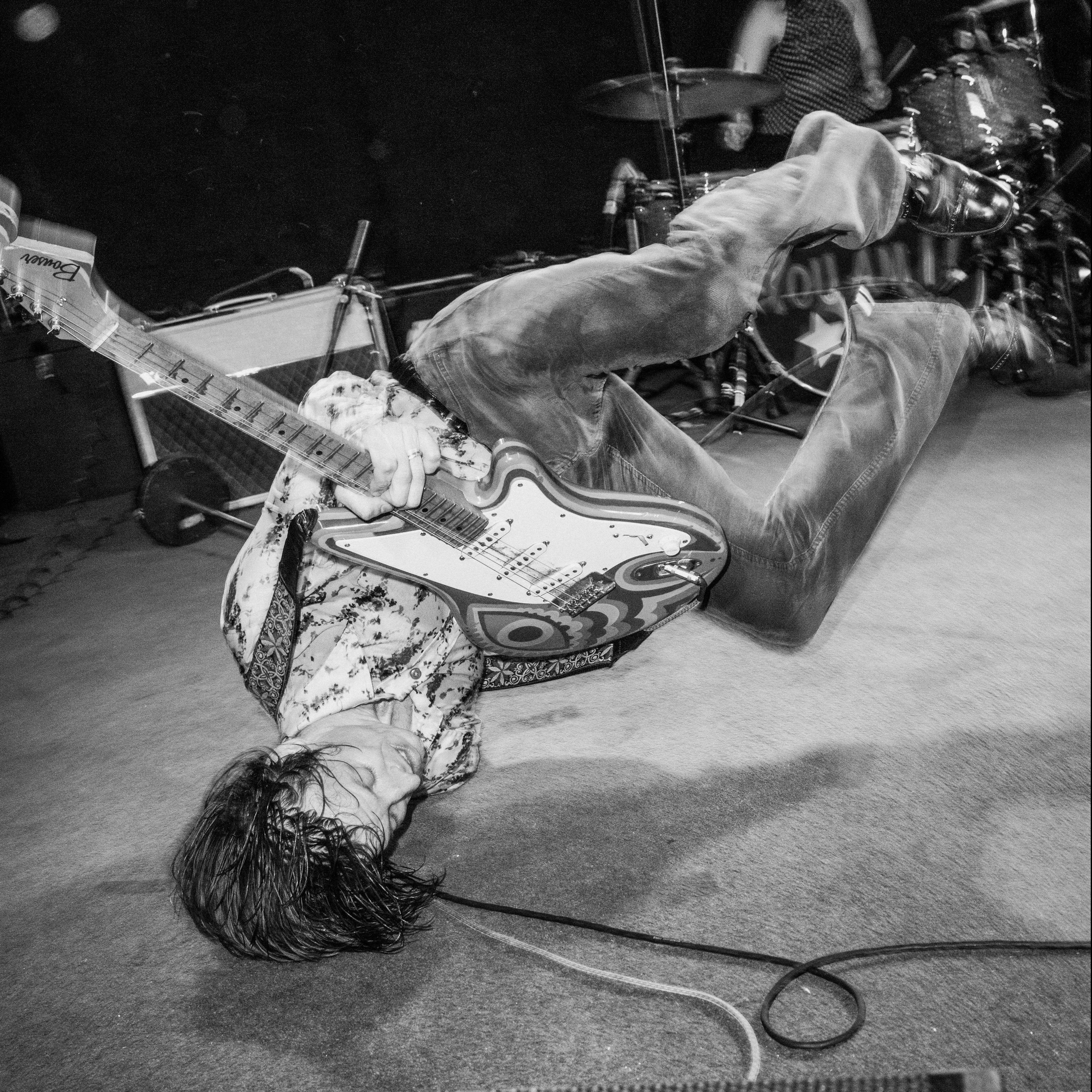 Over the last few years, The Schizophonics have built up a formidable reputation around the world as an explosive live act. Tapping into the same unstoppable combination of rock & roll energy and showmanship that fueled The MC5 in the heyday of the Grande Ballroom, their wild live show is heavily influenced by artists like James Brown, Iggy Pop, Jimi Hendrix, Little Richard, and The Sonics. Singer/guitarist Pat Beers and drummer Lety Beers formed the band in San Diego in 2009 and have worked tirelessly since then, playing hundreds of shows around the globe and winning seven (SEVEN!) San Diego music awards.

The band is more than just an outstanding live act, they’re also committed to writing great, memorable songs. After releasing two singles and an EP over the last few years on Munster, Ugly Things, and Pig Baby Records, they put out their first full-length album in July 2017 titled Land Of The Living on the label Sympathy For The Record Industry with famed record man Long Gone John. In January of 2019 they started work on their second LP recruiting Dave Gardner (Hot Snakes, RFTC) mixing engineer Stephen Kaye (JD McPherson, Mike Krol) and Pierre De Reeder (Rilo Kiley) to put their live, raw sound to tape.

The album, titled People in the Sky will be released on October 31st, 2019 on Pig Baby Records.

Legendary impersonator (and so much more) El Vez shares his thoughts on the band’s latest.