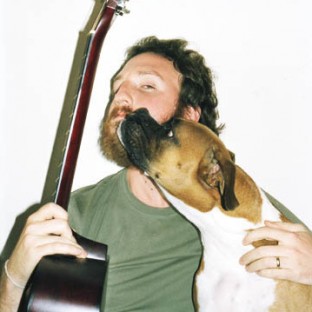 Ryan Miller is the lead singer and guitarist in Guster, whose seventh studio album Evermotion is out January 13th on Nettwerk Records. He is also the creator and host of the Vermont PBS show Makin’ Friends with Ryan Miller, which follows Ryan as he interviews artists, craftspeople, entrepreneurs and other “high-functioning weirdos” in the Green Mountain State in an endearingly honest attempt to make new friends. He also composed scores for In a World… and Safety Not Guaranteed. He lives in Vermont with his wife and children, and may be a new fan of One Direction. You can follow Guster on Twitter here.

Ryan Miller was born in Lubbock, Texas. He graduated from Tufts University with a degree in Religious Studies. He has been the lead singer of the band Guster for the past 20 years; the band has sold over a million records cumulatively. Ryan has also written for numerous commercials including Target and Time Warner and Guster's songs have been featured in films including Wedding Crashers, Martian Child, The Big Year and Distrurbia. He lives in New York City and Vermont. One day, he'd like to go to space. http://safetynotguaranteedmovie.com/index.html http://safetynotguaranteedmovie.com/press.html#fragment-13 Read more on Last.fm. User-contributed text is available under the Creative Commons By-SA License; additional terms may apply.

Guster’s frontman knows that One Direction didn’t make their new album for him, but he appreciates the Journey and Fleetwood Mac nods anyway.