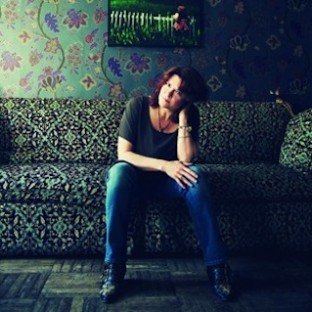 Rosanne Cash has recorded 14 albums, with 11 number one singles and 11 Grammy nominations (with one award) including two for her latest album The List. She wrote the bestselling memoir Composed, a collection of short stories, Bodies of Water, and a children’s book, Penelope Jane: A Fairy’s Tale. Her essays and fiction have appeared in the New York Times, Rolling Stone, and New York, among others. She is writing an album about the South with husband and longtime collaborator, Grammy award-winning producer and musician John Leventhal. You can follow her on Twitter here.

RT @GrittyDirt: “Dirt Does Dylan” is finally here! Produced by Ray Kennedy & Jeff Hanna, this ten-track album highlights some of our favori…

Rosanne Cash (born May 24, 1955 in Memphis, Tennesee) is an American singer and songwriter. She is oldest daughter of Johnny Cash and his first wife, Vivian Liberto, born shortly before the release of her father's first single. She is also the stepdaughter of June Carter Cash and the stepsister of country singer Carlene Carter. Cash released her first single in 1979, a duet with Bobby Bare called "We Don't Need No Memories Hangin' 'Round". Two years later, she had her first country No. 1 (and the biggest commercial hit of her career), "Seven Year Ache". Although Cash was a prominent country star throughout the '80s, alongside fellow decade-defining artists Emmylou Harris, Juice Newton, and Dolly Parton, her music was anything but traditional: She topped the charts with songs written not only by herself, but by her father ("Tennessee Flat Top Box"), John Hiatt ("The Way We Make a Broken Heart"), Tom Petty ("Never Be You") and the Beatles ("I Don't Want to Spoil the Party"), "I Don't Know Why You Don't Want Me", which won her a Grammy in 1985, and "It's Such a Small World", a 1987 duet with Rodney Crowell on his album Diamonds & Dirt, provided further hits. A sampling of these songs and more are included on the compilation Hits 1979-1989. In 1979, she married Rodney Crowell, who was to produce most of her hit records. Their stormy marriage lasted until 1992; its break-up is chronicled in Cash's Interiors and in Crowell's album Life Is Messy. Cash later married John Leventhal, who produced her albums The Wheel, 10 Song Demo, Rules of Travel, and Black Cadillac. To date, Cash has had more than twenty top 40 country singles, including eleven chart-toppers, but none since 1990, and she has left Nashville in both spirit and body to pursue her artistic vision. Although she had recorded all of her hits for Columbia Records' Nashville division, she released 10 Song Demo for the pop division of Capitol. Cash resurfaced in 2003 with Rules of Travel. The album features guest appearances by Sheryl Crow and Steve Earle, as well as a tune penned by Joe Henry and the Wallflowers' Jakob Dylan. Cash's latest album, entitled Black Cadillac, was released by Capitol Records in January 2006 to critical acclaim. Many of the songs were written by Cash and address the losses (within a 24-month span) of her step-mother, her father, her step-sister (Rosey Nix Adams) and then finally her mother on Cash's fiftieth birthday. Read more on Last.fm. User-contributed text is available under the Creative Commons By-SA License; additional terms may apply.

We never knew how good we had it. There was a more civilized time in the latter part of the 20th century when Rosanne Cash was a fixture on...
The opening track on The Mystery of Heaven, a collaboration between filmmaker Jim Jarmusch and avant-garde composer Jozef Van Wissem...