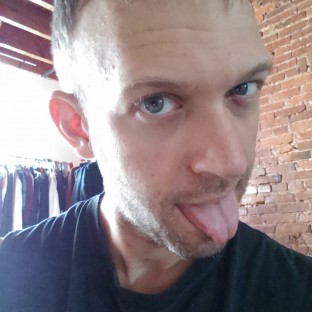 Rjyan Kidwell, aka Cex, is often called the Jackie Robinson of Playing a Laptop on Stage at a Concert. His most recent album Shamaneater is available here. You can follow him on Twitter here.

Rjyan Kidwell (Cex) dives into the Peps’ The Getaway.
Pictureplane's latest album chases You across eleven songs — and sometimes it actually seems to see exactly who You is.
The new PiL album is OK, but our society is chaotic, and its future uncertain only in the rate of the acceleration of the creeping bleakness.
The outspoken electronic musician tells us how the new Owl City album should have been made — complete with downloadable examples.
The Prodigy ignore EDM and get the party started on their own terms with their new album.
By naming his seventh album Paula, Robin Thicke imbues the album with a concrete identity that is immediately understandable and irrevocable.