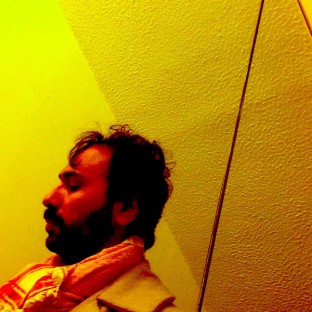 Qasim Ali Naqvi is a musician and cofounding member of the band Dawn of Midi. In his free time he writes and produces music for film, theater and other media. He was born in 1977 and was raised in Bridgewater, Connecticut. He has a fondness for animals and is able to read their thoughts. You can follow him on Twitter here. You can follow Dawn of Midi on Twitter here and on Facebook here.

NEW MUSIC VIDEO IS OUT https://t.co/YPpuqQaCoR

Qasim Naqvi is a drummer, composer, and member of the group Dawn of Midi. When he is not touring with DOM, he composes music for film, dance, theater and chamber ensembles domestically and abroad. His music has been performed/commissioned by The BBC Concert Orchestra, Jennifer Koh, yMusic, The Now Ensemble, The Loos Ensemble, The Erebus Ensemble, The Contemporary Music Ensemble of NYU, Crash Ensemble, Stargaze, The Helsinki Chamber Choir, TEN PEN CHii, Nimbus Dance Works, The Chicago Symphony Orchestra(MusicNOW Season) and others. He has been a featured composer at the Musica Nova Festival in Helsinki, the Spitalfields Festival in London and the Rest is Noise Festival in Holland. Qasim's soundtracks for film have appeared on HBO, NBC, PBS, The Sundance Channel, New York Times Op-Docs, VICE, at The Tribeca, Sundance, Toronto, Rotterdam and London Film Festivals, at dOCUMENTA 13 and 14, The Guggenheim Museum, MOMA P.S. 1, IDFA and others. He has worked with such notable filmmakers as Laura Poitras, Mariam Ghani, Marc Levin, Naeem Mohaiemen, Prashant Bhargava, Erin Heidenreich and Tanuj Chopra. Qasim earned his B.F.A in performance from the New School’s Jazz and Contemporary Music program and his M.F.A in composition and performance from California Institute of the Arts. He studied drums and performance with Andrew Cyrille, Joe Chambers, Reggie Workman, Buster Williams, Ralph Peterson Jr., Charlie Haden and Rashid Ali and composition with Wolfgang von Schweinitz, James Tenney, Morton Subotnick, Marc Sabat, Wadada Leo Smith, Michael Jon Fink and Anne LeBaron. He is a 2016 N.Y.F.A Fellow in Music and Sound and has received other fellowships and awards from Chamber Music America, The Foundation for Contemporary Arts, Mid-Atlantic Arts Council, Harvest Works, The Lower Manhattan Cultural Council, S.T.E.I.M. and Art OMI. Presently, Qasim writes chamber and electronic music in Brooklyn, New York and works on a variety of projects as a freelance composer and drummer. He is represented by Erased Tapes Publishing. Read more on Last.fm. User-contributed text is available under the Creative Commons By-SA License; additional terms may apply.

Panda Bear is back with his latest audio odyssey. Cue the deep space pulsars.