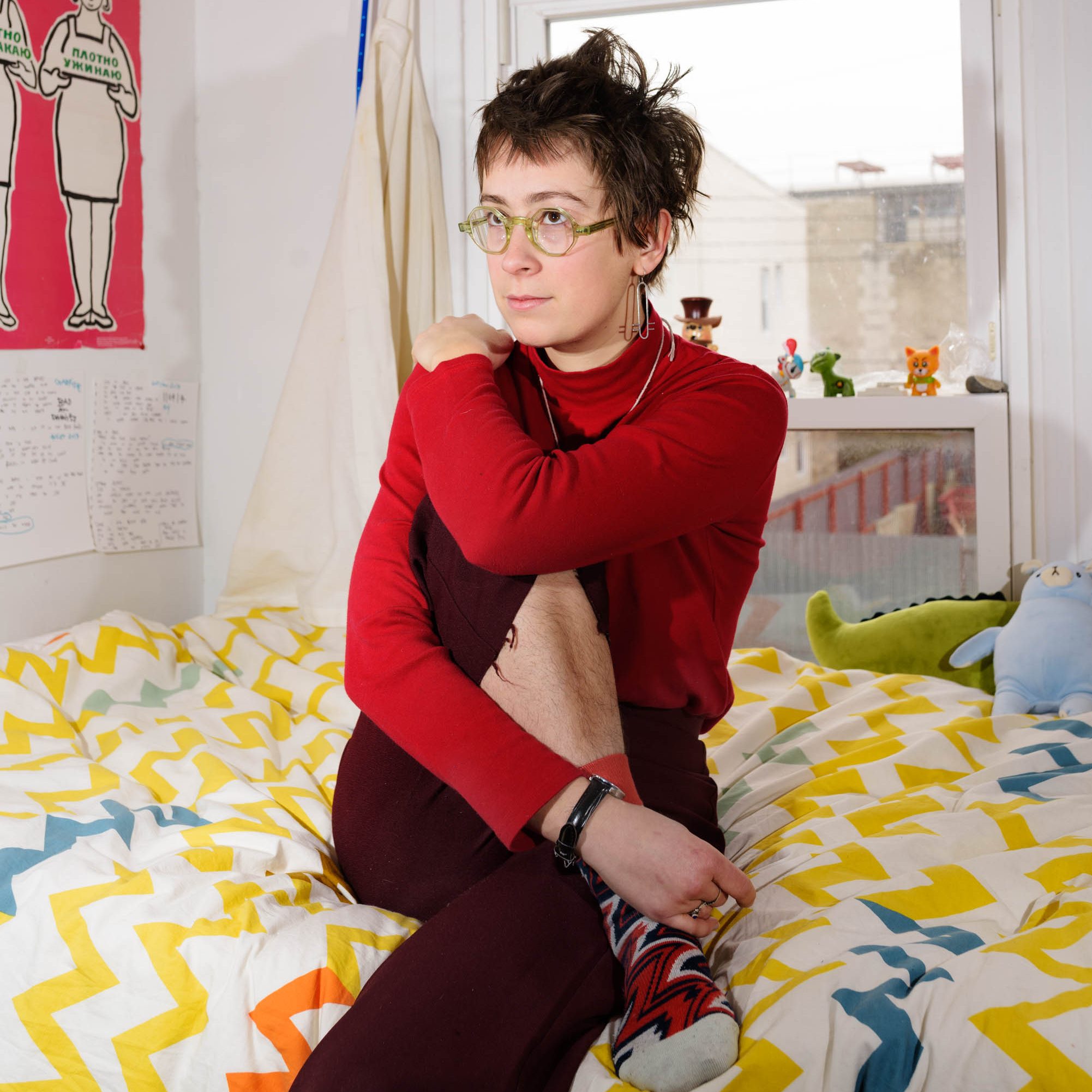 Free Cell begins in isolation. Lina Tullgren’s guitar picks a delicate, slow-moving melody out of silence. Sweeping strings and brass echo out to some far-away horizon. In this moment, on the title track of Tullgren’s second album, they sound like the only person left in the universe.

Many of Free Cell‘s songs were initially written between tours while Tullgren (who uses gender neutral pronouns) was living in their parents’ house in New England — sans car, alone most of the day, and sleeping in their little sister’s trundle bed. As the album materialized, Tullgren’s world took focus as they made their way from New England to Queens to be closer to their musical community.

Tullgren’s sophomore effort provides listeners with a portrait of Lina alone, discovering a new method of writing and a new way of thinking about composition. This stands in stark contrast to their debut album Won, a portrait of close companionship and collaboration between Tullgren and their best friend Ty Ueda.

The biggest development in the path to Free Cell was something unthinkable: shortly before recording, Ueda was injured in a car crash and Tullgren was unexpectedly put in the position of self-producing their own album.

Mainly recorded and produced at Brooklyn’s Figure 8 Studios, with Ueda later assisting on final tracking at his Mount Misery studio upon recovery, Free Cell is masterfully confident. Throughout Free Cell, Tullgren looks back on their memories from the position of an analyst, often cool and cynical but always with an undercurrent of humor and deep feeling. In their poetry Lina Tullgren writes anthems for the alienated, for those alone on busses, at parties, at their parents’ house, for those who cannot help but feel lonely even if they are surrounded by others. Free Cell invites us to sit and listen, to reflect, but with no guarantee of any of those things being easy.

A love letter to the game that inspired their new album.