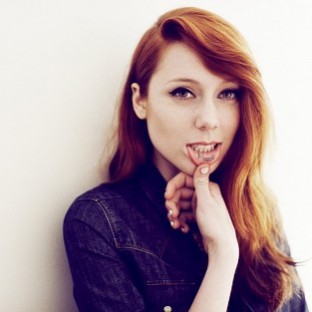 Kitty is a Florida-based rapper. She has written for Noisey and Consequence of Sound, and is currently working on a collection of essays. You can follow her on Twitter here or on Tumblr here

Kitty is the name of more than one artist: 1) Kitty Ray (born Kathryn-Leigh Beckwith), known mononymously as Kitty (formerly Kitty Pryde and ♡kitty♡), is a musician from Florida, United States. Kitty began making music in 2010, which she shared via Tumblr. In 2011, she fronted the short-lived comedy hip-hop group Jokers in Trousers, and received recognition from rapper Riff Raff. The pair collaborated on a song, "Orion's Belt," in June 2012. Kitty's 2012 single "Okay Cupid" became an internet sensation, and was ranked number 17 on Rolling Stone magazine's list of the top 50 songs of 2012. Between 2012 and 2014, Kitty released a string of extended plays. The first three—Haha, I’m Sorry (2012), D.A.I.S.Y. rage (2013), and impatiens (2014)—were predominantly hip-hop-based. In November 2014, Kitty declared that she was “over hip-hop”, and explored trance on the EP FROSTBITE. In 2017, Kitty released her debut album, Miami Garden Club. The album was crowdfunded through a Kickstarter campaign in 2015. It saw Kitty shift to a new synthpop sound, and was inspired by '80s and '90s pop music. With this project, Kitty—formerly a rapper primarily—tried her hand at singing and music production. Kitty’s second album, ROSE GOLD, was released in 2019. It was her first release to be entirely self-produced. The album reached number 9 on Billboard's Dance/Electronic Albums charts. In addition to her solo work, Kitty is also a member of the groups The Pom-Poms and Teen Suicide (the latter was known for a period of time as American Pleasure Club), alongside her husband Sam Ray (a.k.a. Ricky Eat Acid). Between 2016 and 2018, Kitty and Ray also collaborated on music under the names 56colors and Kit & Sam Ray. Kitty formed her own record label, Pretty Wavvy, in 2019. In 2020, she released an EP titled Charm and Mirror. 2) Caitlin Murphy-Page, known mononymously as Kitty, is a singer-songwriter born in Dublin, Ireland and based London, England. Her music draws upon the styles of soul, jazz, R&B, and pop. Murphy-Page’s debut single, “Girlfriend”, was released in 2017, and was followed later that year by the extended play Nights. 3) Jennifer Dunn, known by her stage name Kitty, is the drummer of American electropunk band Mindless Self Indulgence. 4) Kitty is a rapper from the West Coast of the United States. She began her music career in the mid-2000s, and released her debut album Makin' All Dogz Meow in 2007. Her second album, Lyrical Gift, was released in 2009. 5) Kitty was an electronic band formed in Austin, Texas in 1994. The band was comprised of guitarists Dain Luscombe and Brandon Loe, and drummer Clint Thorman. 6) Kitty is an alternative pop singer-songwriter from Paris, France. She debuted in 2016 with the single “Monaco”, and released her first EP, Bedroom Pop, in 2019. Kitty’s music has been supported by BBC Music Introducing. 7) Kitty Lingmerth, known mononymously as Kitty, is a Swedish musician. Lingmerth released the singles “Killer Eyes” and “Reach No Higher” in 2015. Read more on Last.fm. User-contributed text is available under the Creative Commons By-SA License; additional terms may apply.

Once upon a time, back in the mid '00s, I was a brooding, self-proclaimed emo kid. Like most other bratty tweens of the era, I dressed in black...
In my (relatively) short lifetime of cultural awareness, I've witnessed a (relatively) massive evolution of pop music. My first taste of true love...
Emilíana Torrini has a voice like the edge of a perfect waterglass, or a single harp note. It is perfectly smooth, like white milk pouring gently...