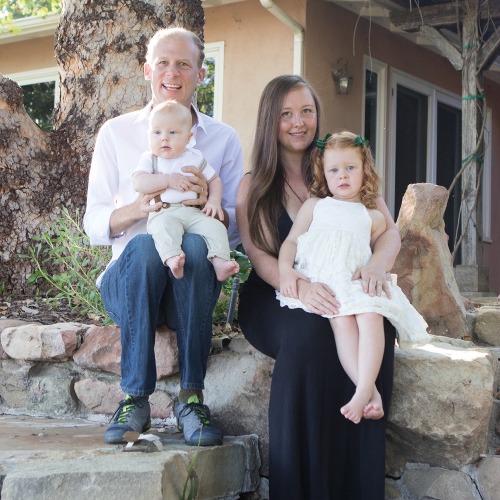 Josh Tickell is a Sundance award-winning film director and bestselling author. Josh co-directed the 2017 release, Good Fortune, the rags to riches biopic of Paul Mitchell and Patron cofounder, John Paul DeJoria, which is out June 23 in theaters and available on iTunes from August. Tickell’s forthcoming book, Kiss the Ground – How The Food You Eat Can Reverse Climate Change, Heal Your Body and Save the World, hits stores in December 2017; the companion movie, Kiss the Ground, will be released in 2018. Tickell’s movies have been shown in the White House, selected as a New York Times Critics’ Pick and shortlisted for an Oscar. He has spoken at more than 100 different colleges globally. He has been a guest on such shows as The Tonight Show with Jay Leno, Good Morning America, Morning Joe and The Today Show.

Rebecca Harrell Tickell’s documentaries include Pump, narrated by Jason Bateman, The Big Fix (an Official Selection of the 2011 Cannes Film Festival), and Fuel, the 2008 Sundance Award-winning documentary about America’s addiction to oil. At 9 years of age, Harrell Tickell was called “a plucky schemer always working an angle” by Roger Ebert, commenting on her starring role in Prancer, the 1989 MGM Christmas classic with Sam Elliott. As a filmmaker, musician, activist, public speaker and author, she is committed to telling stories that change the lives of people who are affected by environmental issues. Harrell Tickell penned the book Hot, Rich and Green!, about redefining feminism and the role of women in the environmental movement. Harrell Tickell is the co-owner of and powerhouse behind the Big Picture Ranch.

The directors of the new documentary Good Fortune on how they upended their lives to move to the country, without sacrificing their careers.