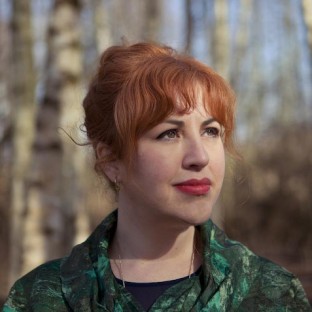 Jeanie Finlay is a British artist and filmmaker who creates intimate, funny and personal documentary films and artworks. Her focus is on creating compelling portraits and is obsessed with telling other people’s stories. Her work is known for its innovative approach to engaging with audiences in meaningful ways. Her documentaries includes Orion: The Man Who Would Be King, The Great Hip Hop Hoax, Sound It Out, Goth Cruise and Teenland. (Photo by Jo Irvine.)

RT @clairehoworth: What the fk, Daily Mail. Even you can do better than this. https://t.co/Nrbv699dG7

For any and all coming out of hibernation, a bite-sized recap of the very best from the first three months of 2017's Talkhouse Film Podcast episodes.
To mark the 25th anniversary re-release of Wayne's World, Finlay talks with the film's director about its legacy, music docs, Trump and more.
Alex Cox, Joe Dante, James Marsh, Alex Winter and more remember some of the cinematic greats who passed away during 2016.
Director Jeanie Finlay is unsettled by the onscreen "sports" and documentary ethics in David Farrier and Dylan Reeve's Tickled.
Doc filmmaker Jeanie Finlay on how Prince's music – and his gloriously camp, indulgent directorial debut – brought glamour to her teenage existence.
Kim Longinotto in conversation with friend and fellow British documentary filmmaker Jeanie Finlay.