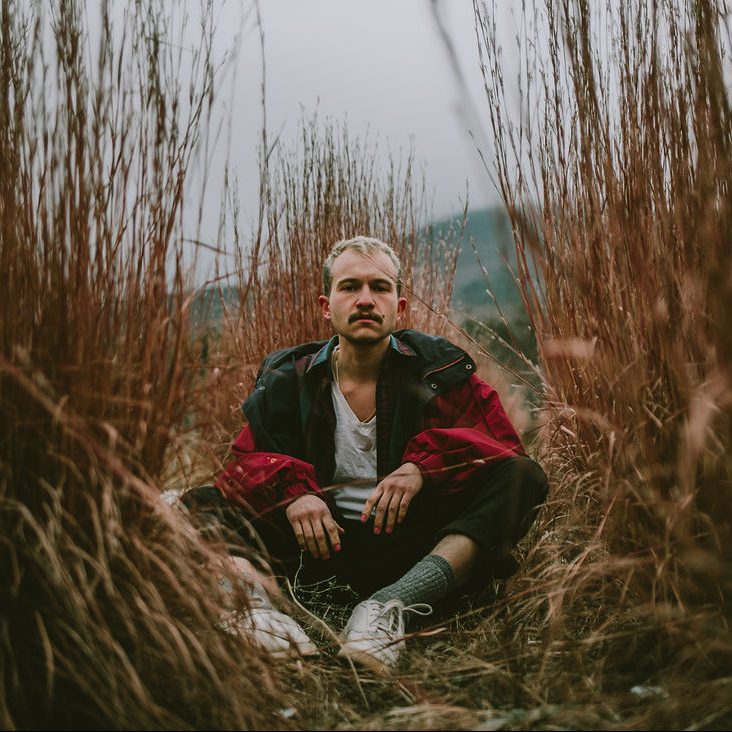 If aliens came to earth, Izzy Heltai would describe his debut album, Father, to them this way: “There are frequencies that are going to feel like clanking, that maybe you’ll enjoy sonically. There are words strung together to sound nice. They are about an important human trajectory when one goes from a child to a slightly more serious child called an adult.”

Izzy works primarily in his friend Andy Cass’s studio in Williamsburg, MA, where he recorded the entirety of his debut album Father and his new singles. Izzy plays acoustic guitar and sings on his recordings. He is joined by Garrett Salazar on drums, Andy Cass on bass, and Micah Katz-Zeiger on everything else. Izzy’s producer, Max Shakun (Parsonsfield), lovingly coins Micah as their swiss army knife, “because he plays literally everything else”. Since Father was released in September 2020, Izzy has moved from a folk sound to a blend of pop, indie, and classic rock.

He resides in a valley, in Western Massachusetts, in a town called Easthampton. He lives alone, and is not in a relationship. He loves biking and most of his time is focused on work and making drum loops in his bedroom.

A track from the Western Massachusetts singer-songwriter, plus an essay about it by the artist himself.