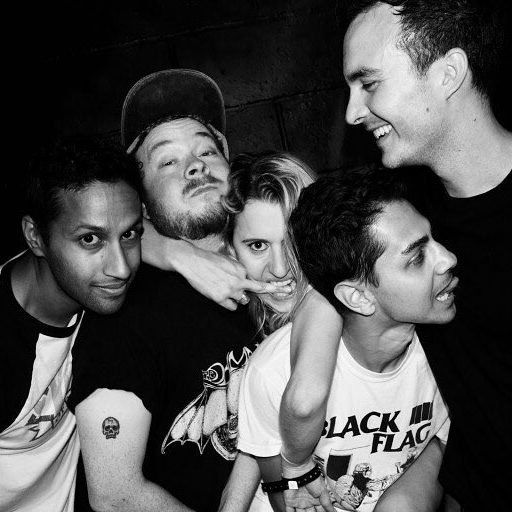 Grim Streaker‘s sound is a mix of the snotty, mid-tempo punk of late ’70s New York and London and the fast, abrasive hardcore that emerged in LA and DC in the early ’80s, topped off with a hint of angular, moody post-punk. Singer Amelia Bushell, guitarists Dan Peskin and Micah Weisberg, bassist Bill Dvorak, and drummer Piyal Basu formed the band in late 2016. Since then, the group has been making a name for itself in the venues and DIY spaces of Brooklyn, with live shows quickly becoming known for Bushell’s wild stage antics.