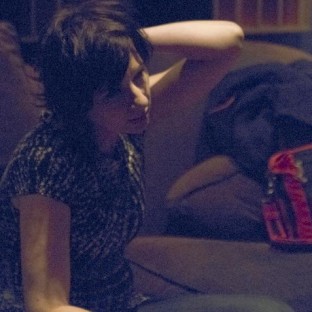 Eszter Balint is a singer-songwriter/violinist and actress based in New York City. Her third solo album, Airless Midnight, was just released in August 2015 to critical praise. Eszter is a featured violinist and/or vocalist on several recordings by other artists, including Angels of Light, Swans, and Marc Ribot. As an actress, Eszter’s most recent appearance was as a lead in a six-episodes arc on Season 4 of Louie, directed by Louis CK. (Photo by Eric Schneider.)

Just finished In the Dream House by Carmen Maria Machado. Damn. An absolute stunner of a book, imho.

A downtown NYC-based actress-singer-songwriter type is bowled over by this very human portrait of contemporary postcolonial Africa.