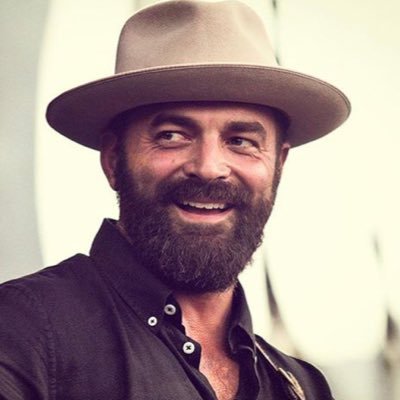 Drew Holcomb and his band the Neighbors turned a new corner with 2017’s Souvenir, a highly collaborative album that debuted #1 on iTunes and Amazon and garnered acclaim from Rolling Stone, CMT, Entertainment Weekly and more.  A road warrior for more than a decade, Holcomb has spent adulthood traveling from place to place with a catalog of vibrant, honest songs that explore the full range of American roots music.  Holcomb & crew have appeared at Bonnaroo, Outsidelands, Stagecoach and more, while sharing stages with legendary artists including Willie Nelson, John Hiatt, Ryan Adams, and The Avett Brothers.

An Emmy Award-winner with his music synced in over 75 of TV’s most watched shows, Holcomb has also appeared on Jimmy Kimmel Live! twice, most recently for his collaborative EP Goodbye Road with JOHNNYSWIM performing their resounding single “Ring the Bells” in summer of 2018. Among Holcomb’s ambitious projects are his Moon River Music Festival, an annual event benefitting local and national non-profits and Magnolia Records, a monthly vinyl subscription service, both curated meticulously by Holcomb himself. In 2019, Drew and his wife Ellie have teamed up for the Electricity EP which features two new original songs and a stunning Willie Nelson cover, “On the Road Again,” as well as limited engagement tour – The You and Me Tour: An Evening with Drew & Ellie Holcomb – to kick start what promises to be a busy year.

Tickets for our Christmas shows are on sale now! Don't forget, there's a VIP experience available which includes a… https://t.co/ezWHIY0v5x

“Almost every singer and songwriter alive today would put Willie Nelson on their Mount Rushmore of living legends.”