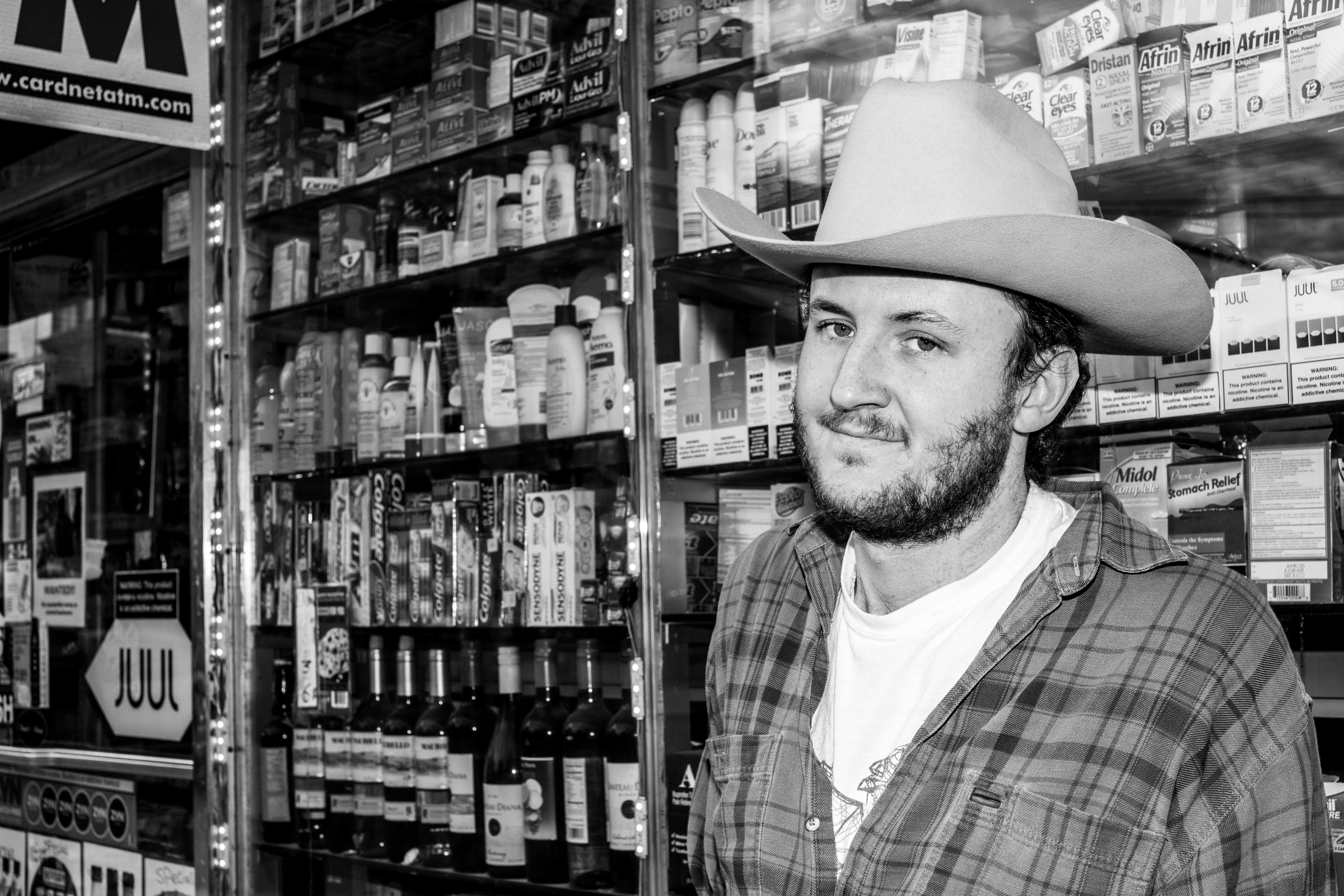 Dougie Poole is a country musician and songwriter living in Brooklyn, New York. Coming of age in Providence, Rhode Island he dabbled in heavier and more experimental music before maturing into a country auteur. He writes earnestly about his experience (life in the big city, heartbreak in the digital age) and approaches country music with honesty and a deep respect for the genre’s traditions.

Poole has long had ties to several artists in the experimental music scene including Jerry Paper with whom he toured nationally while playing in Paper’s live band, and in 2019 he appeared on the Drugdealer album Raw Honey, drawing praise from Pitchfork for his “sad-eyed Elvis croon” on the track “Wild Motion.” Poole’s solo debut, 2017’s Wideass Highway, was his first public experiment with country music and was an immediate favorite of publications like The FADER, who praised his ability to bring classic country songwriting into a “contemporary space” with an album that “articulated a generational self-consciousness.”

On his sophomore album, The Freelancer’s Blues, which is out June 2020 on beloved Brooklyn indie Wharf Cat Records (Palberta, Bambara, Public Practice), he graduates from drum machine and synthesizer bedroom country to a full band with honky-tonk harmonies, wailing pedal steel, and carefully constructed arrangements that whole-heartedly embrace the country sound he only hinted at on his debut. Produced by Jonathan Schenke (PC Worship, Gong Gong Gong, Public Practice) the album does the seemingly impossible by staying true to Poole’s heritage in the DIY scenes of New York and Providence, while simultaneously certifying him as a bonafide country songwriter, and captures the lived experience of Poole and his contemporaries in a way that resonates with both the current moment and his classic country forebears. On The Freelancer’s Blues Poole approaches the storytelling backbone of country music for an audience that is city-dwelling, romantically alienated and financially precarious, using the same threads spun by Merle Haggard, Willie Nelson and Kris Kristofferson before him to write anthems that will resonate with hardline country music fans and newcomers alike.

My girlfriend has informed me that Walmart is evil :(

Plus, the premiere of Dougie’s boozy new Christmas song.
The songwriters catch up.
The country singer talks the Union of Musicians and Allied Workers.
Dougie Poole, Esther Rose, and Honey Harper talk the “other guy[s]” of country, past and present.