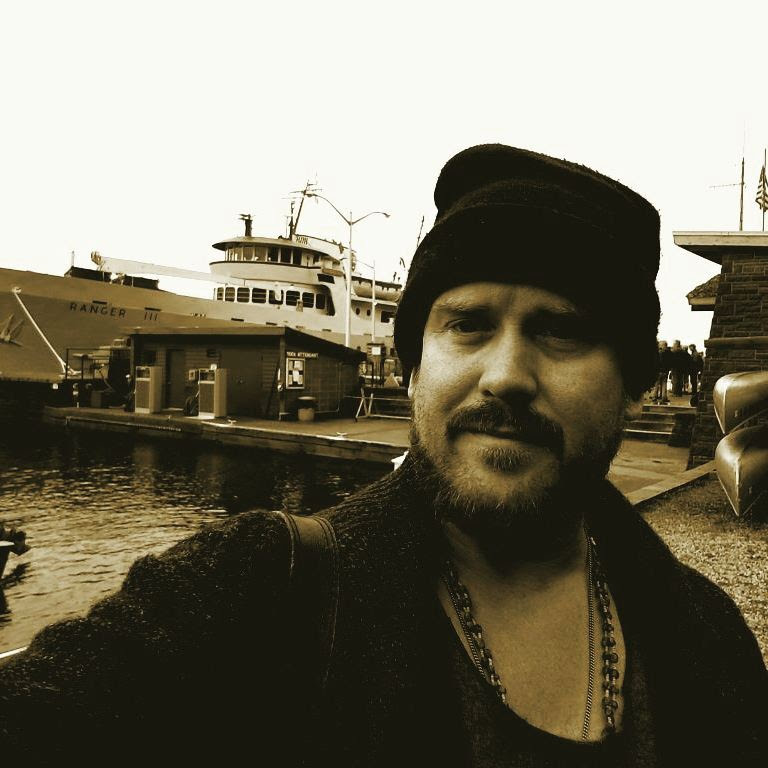 In the fall of 2017, David Huckfelt left behind the familiar—the comfort of his home in Minneapolis; the camaraderie of his critically acclaimed band, The Pines; the luxuries of heat, hot water, and electricity—and relocated to Isle Royale, America’s most remote and least visited national park in mighty Lake Superior. Six hours by boat off the Michigan coast, Isle Royale is the largest island in the world’s largest freshwater lake, an isolated stretch of wilderness seemingly forgotten by the 20th century (to say nothing of the 21st). There, as an Artist In Residence selected by the National Park Service, Huckfelt spent ten hours a day for two straight weeks writing in solitude, channeling the mysterious and lonesome island’s spirits into his stunning debut solo album, Stranger Angels.

Stranger Angels is a record about “thin places,” those spiritually charged locales where heaven and earth seem to meet and the veil between the world we see and the mystical world beyond becomes transparent. Artfully weaving the historical, the ecological, and the personal into an elegant lyrical web, these songs contain layers of surprise and richness.

When it was time to record the songs from Isle Royale, Huckfelt again sought geographic isolation, working out of a 110-year-old farmhouse studio in Menomonie, Wisconsin. This time, however, he chose to surround himself with fellow artists, assembling a dream team of musicians including drummer/co-producer J.T. Bates (Andrew Bird, Mason Jennings), bassist Darin Gray (Tweedy, William Tyler), and guitarists Michael Rossetto, Erik Koskinen, and Jeremy Ylvisaker, cutting sixteen songs in just three days. Very special guests rallied to Huckfelt’s side, including spectacular performances by Sylvan Esso’s Amelia Meath and Trampled By Turtles’ Dave Simonett. Recorded and mixed by engineer-extraordinaire Adam Krinksy (Bellows Studio) the album captures the magic and spontaneity of a gifted band discovering the beauty and brilliance of the songs and each other all at once.

David Huckfelt (The Pines) on solitude, wildnerness, and his time as Artist-In-Residence at the remote Isle Royale National Park.