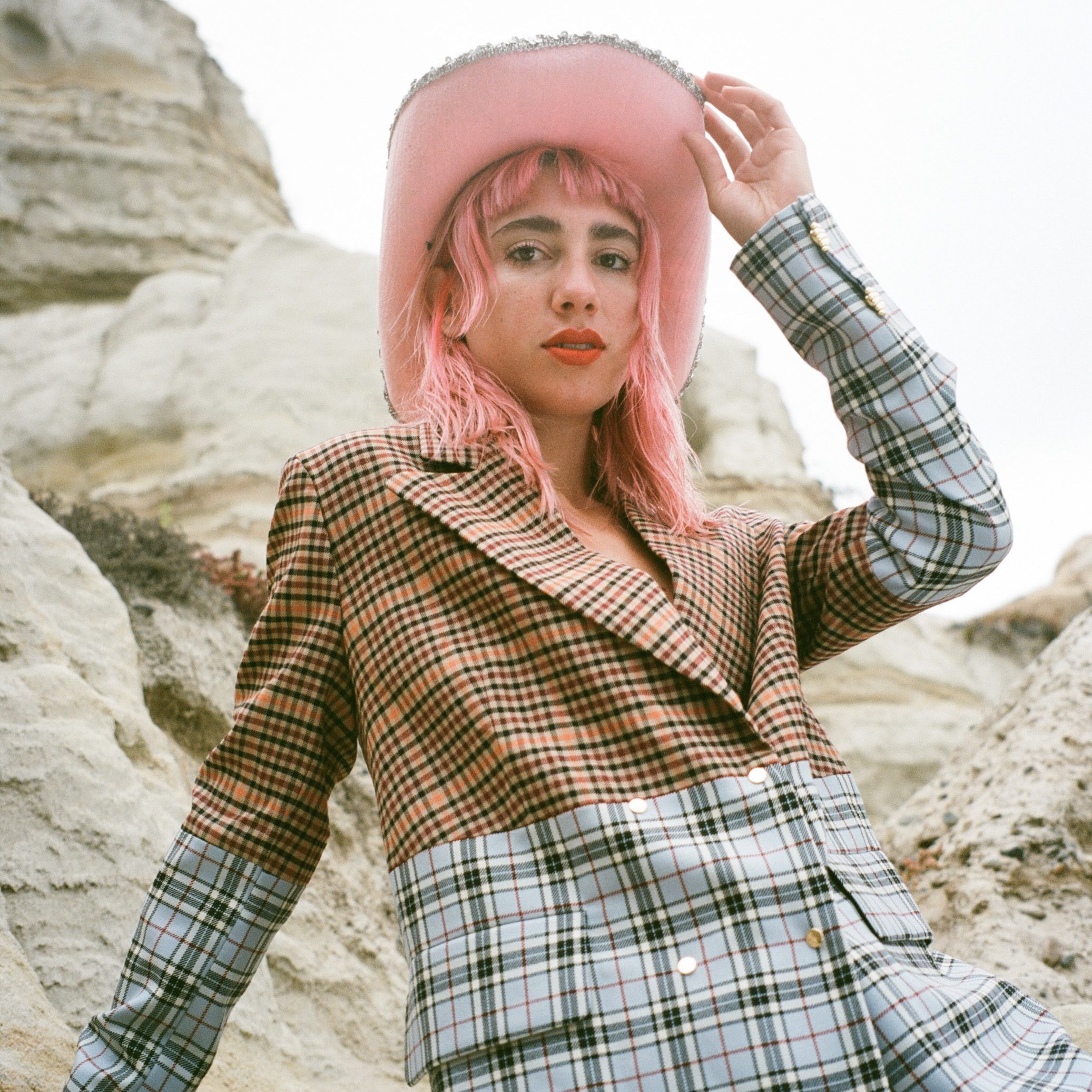 LA based musician and composer Asy Saavedra is breaking out on her own, building the kind of tonal galaxies that music nerds can only dream of. While she performs with her sister Chloe Saavedra in their band Chaos Chaos (formerly Smoosh), she has been cutting her teeth on a string of new projects that bring home her unique flavor of ethereal, synth-infused sound.

Raised in Seattle, WA, and Stockholm, Asy was drawn to her family’s piano from the start; her mother would place children’s books on the music rack and Asy would compose music to accompany the pictures. The sisters Saavedra stumbled into Jason McGerr, the drummer for Death Cab for Cutie, at their local music store. He became their music teacher and mentor, helping them craft the initial sound of Smoosh. After signing with local label Pattern25, the tween duo jettisoned onto the music scene with their 2004 debut album, She Like Electric; even in the band’s earliest incarnation, Asy wrote tightly constructed lyrics, layering them over the electric bounce of Chloe’s beat.

In 2006, they were signed to Seattle-based indie label Barsuk Records and released their second LP, 2006’s Free To Stay. During the years that followed, they opened for Pearl Jam, Death Cab for Cutie, Sleater-Kinney, Jimmy Eat World, Cat Power, Nada Surf, and Sufjan Stevens, to name just a few. Their music was covered on NPR’s All Songs Considered, they were interviewed on The Today Show, and were eventually named “Band of the Year” by SPIN in 2005.

Smoosh’s final album came in 2010, with the self-released Withershins, a record that showed maturescence at work. Asy and Chloe experimented with both pace and genre, the tone of the album was notably darker than previous records, echoing the malaise of the record’s initial title The World’s Not Bad. The sisters seemed poised for their next creative leap, yet a shift seemed necessary. Chaos Chaos was both a name change and shedding of their child-prodigy background. The name was pulled from jargon their scientist dad bandied around the house; it’s the scientific classification for a species of amoeba that can alter its shape. They drew parallels between their band and the organism: “simple but always changing.”

As the sisters continue their metamorphosis, they both have branched out with solo efforts. Asy’s latest project as composer for the indie game Trover Saves The Universe, finds her at the helm of a new frontier, building the sonic reality in which the characters live (and die). Inside the game, players confront a world of chaos, exploding bodies, and salty language geared for the gamer sect. It’s a scenario that materializes elegantly overtop Asy’s score, a collection of dreamy, glitch-infused, electro-pop science fiction. Darker scenes are delineated through Asy’s eerie, mutating vocal range; her piano adds to the feeling of despair, a wrong turn taken. The writing process involved daily dives into the game itself, experimenting with what sounds fit the scene. Her customary mix of organic and digital equipment are showcased in their full range within the score; her recording “control room” included a digital piano, a Juno 60, a korg prologue, a roland xp30, a theremin, and plugins like synplant, permut, TAl-U-NO-60, and bitspeek.

I’m gonna be donating supplies to shelters for women/victims of abuse and there’s still time if you wanna get invol… https://t.co/k5yH17Qz1h