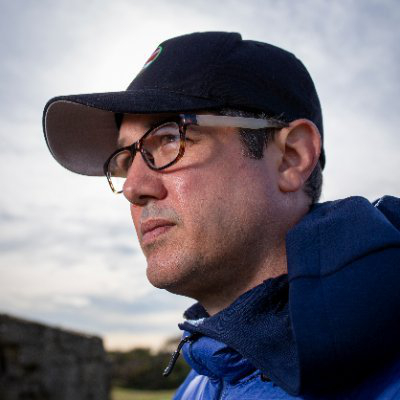 Anthony Giacchino is an Oscar-nominated and Emmy Award-winning filmmaker living in New York. His most recent film, Colette, which follows a 90-year-old woman who once fought the Nazis as a member of the French Resistance as she revisits a painful past, is nominated for Best Documentary Short Subject at the 2020 Academy Awards. His previous documentary, The Giant’s Dream (Warner Bros), tells the story behind Academy Award winning director Brad Bird’s first feature film, The Iron Giant. His first feature-length documentary, The Camden 28, aired on the PBS series POV, and was nominated for a Writers Guild of America award for outstanding achievement in writing for the screen. Giacchino is a former Fulbright Scholar at the Albert-Ludwigs-Universität in Freiburg, Germany.

RT @ABieseAPP: I talked with the #NewJersey folks behind this year’s #Oscars nominees. Check out what @nomadlandfilm author @jessbruder, @J…