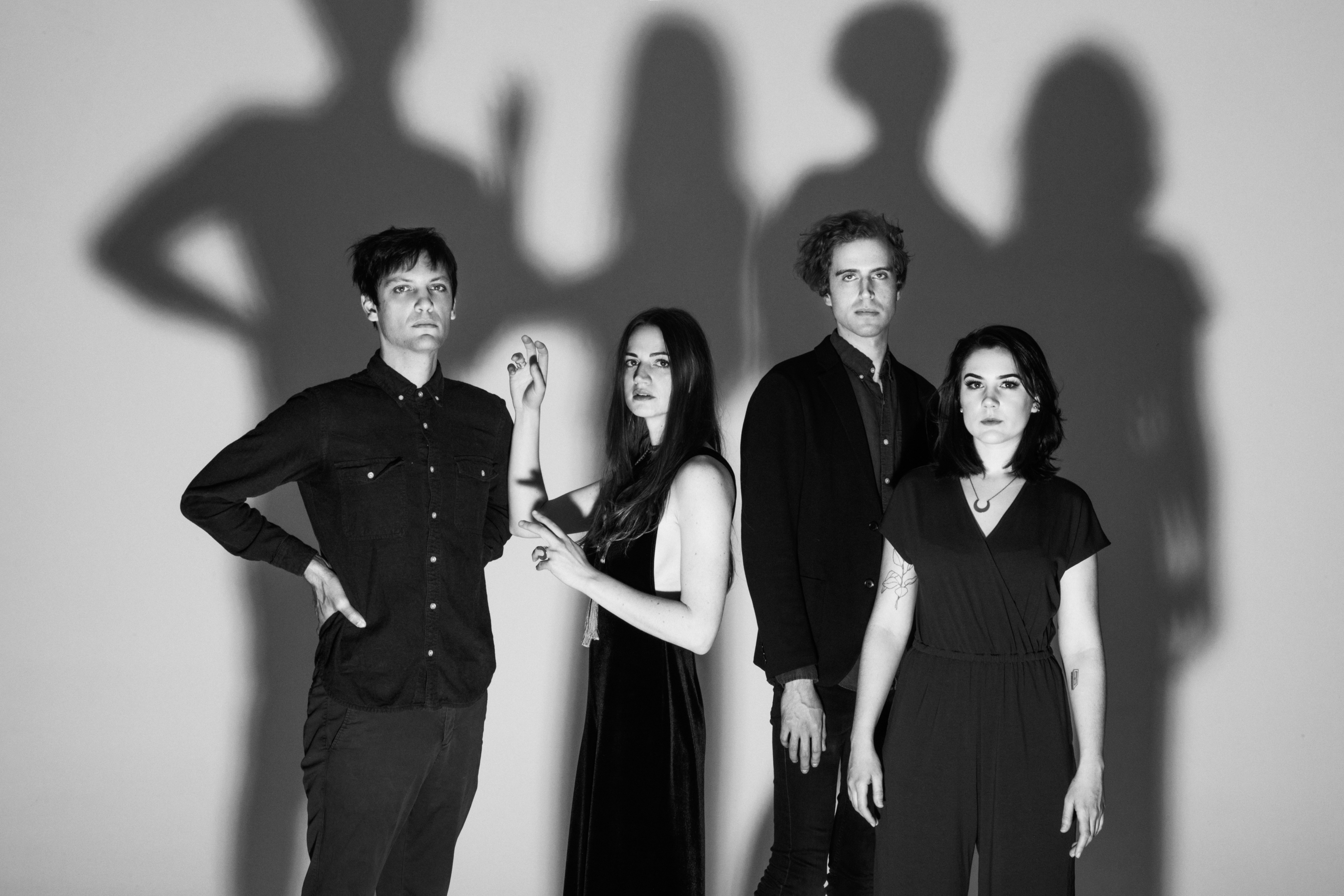 Activity are an avant four-piece featuring Travis Johnson, and drummer Steve Levine, both from the band Grooms, bassist Zoë Browne from Field Mouse, and guitarist Jess Rees from Russian Baths. Produced by engineer Jeff Berner of Psychic TV, their debut forms a casually menacing framework for lyrical themes of paranoia, exposed character flaws, and the broader human capacity for growth when an ugly truth is laid bare.

Lead single “Calls Your Name,” establishes the record’s spectral aura with nauseated electronic bells, and a relentless Geoff Barrow-esque drum beat beneath a half-sung, half-spoken lyrics inspired by C.S. Lewis’s 1945 novel The Great Divorce. In the novel, characters stuck in a grey, joyless conception of hell repeatedly deny opportunities to be taken into heaven, instead making excuses as to why they should remain in their embittered purgatory states. Allegorically, this speaks to the kind of opportunity for metamorphosis and positive change that’s possible when the depths of disillusionment are reached, an idea which permeates much of the album. Despite recurrent aches of discontentment, each track glows with radiant waves of catharsis while elegantly evoking jubilation and anguish within the same breadth, showing that the two are always around the corner from one another.