Remember in the ’80s, when record labels were signing just about any lipstick-wearing, teased hair-having, pink guitar-playing band in an attempt to squeeze every possible dollar out of the prevailing trend known as hair metal?

Or how about in the ’90s, when those same labels thought that NSYNC and the Backstreet Boys weren’t enough, and they tried to copy-and-paste the boy-band formula with O-Town, 98 degrees, LFO and a slew of others in an effort to capture many lightnings in many bottles? And do we even need to mention the flannel epidemic of the ’90s?

All of those bad hair-metal bands and bad boy bands and bad “grunge” bands owed their 15 minutes to record labels, marketing teams and A&R guys hoping to copy what was already popular. A similar copy-of-a-copy effect seems to be happening these days with indie rock.

The sonic direction and physical aesthetics of most of the new “indie-rock” bands (one of my least favorite terms, by the way) that I encounter seem to be very cultivated and pre-fabricated. Every time I go to an indie-rock show, I can bet that I’ll see a band that has the reverb set to 10 on their pawnshop guitars, with the strap hanging just below the collar bone and a bunch of tiny, off-brand guitar amps with only four knobs. And there will a sea of brown apparel and some peppered-in, hand-me-down leather biker jackets. Oh, and a guy who just plays a handheld piece of percussion.

Have you heard the Louis C.K. bit about the tall, skinny, apathetic guy with the smelly shirt and big Adam’s apple? Four of those guys play in almost every new indie band in America right now. It often feels like I’m watching a live Portlandia sketch. I understand that these ornamental pieces aren’t unimportant and have, to some degree, played a part in the success of many artists. But I see a lot of bands being driven by these stylistic elements, with songwriting becoming a secondary focus. Songs often follow a very non-dynamic structure wherein any hooks or melodies that should be front and center are drowned out by a sea of reverb and single-chord monotony, with very little tension and no pay-off. Then there is a band like Corners.

I saw Corners for the first time a few weeks ago at the Milk Bar in San Francisco, and I walked back to my car humming their songs after only hearing them one time, hoping that the album I’d just purchased would be as good as the show. It was. The Los Angeles quartet’s debut, Maxed Out on Distractions, out now on Lolipop Records, features nine tracks and comes in 56 seconds shy of a half-hour, making it easy to have each song be a stand-out.

The bass and guitar on album intro “We’re Changing” combat each other in true staccato, post-punk fashion, just before the synth comes in to prop up the monotone Andy McCluskey impression. There is a call and response-style chorus with the words “You know that’s not the man I am” that even my 82-year-old grandfather from the old country would have a hard time not humming to himself for the rest of the day.

The title track is a great example of what’s missing in a lot of underground/indie/garage/whatever-the hell-you-want-to-call-it music right now. Too many bands are writing four-minute songs without crescendos or strong dynamic elements, but that’s not the case here. There’s space in the verses that allows the song to build and build to a hard-hitting chorus that makes you take notice. The drums and bass have a driving, punk feel, which gives this synth-heavy song some much-needed weight. Which is not to say that it drags, not at all. This song was over before I was done singing along to the catchy, falsetto “oh-oh” vocal line that repeats throughout.

The album closes with the song they opened with at Milk Bar, “The Spaceship.” A minute and a half into watching them perform this song I thought to myself, “Goddammit, I wish I wrote this!” “The Spaceship” shows off Corners’ knack for simplicity, tension and hooks. It starts with an eerie, ominous tone that’s then immediately followed by a mid-tempo singular bass line, and right when you think the floor-tom heavy, early Cure-indebted drum beat is about to start, the song kicks in with a double-time punk barrage that left me surprised and upset that I didn’t think of it first. But what really held my attention, as with most great songs, was the melody. This song could go on for much longer than three minutes and 41 seconds before you’d get tired of hearing it.

Trends and popular aesthetics in music begin organically and catch the attention of people through great art and catchy songs. Then, somewhere in the lifespan of that trend, there is a shift, an attempt to trick the audience into thinking they’re seeing or hearing something authentic because it looks and sounds similar to something that is in fact authentic. But there was nothing schtick-y about Corners’ performance that night. I don’t have much of a recollection of what amps or guitars Corners were playing, or what shirts they were wearing or what style of pants they had on, because I was too focused on their great songs.

I don’t know if this rubber-stamp version of indie rock that exists in 2014 will be prevalent years down the road, but I do know that I like cake a lot more than I do frosting, and judging by Maxed Out on Distractions, it seems that Corners would agree with me. 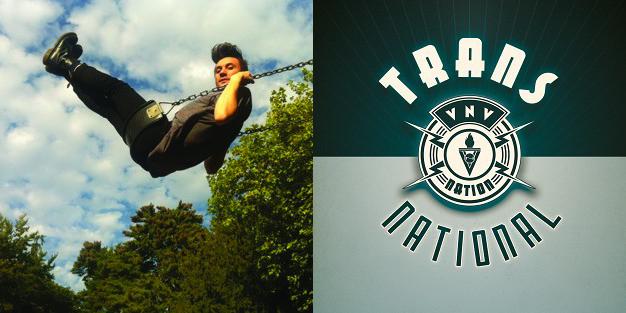