Sometime in late 2004 or early 2005, an ex-boyfriend made me a mix CD that had, in addition to a live acoustic version of “Both Hands” by Ani DiFranco (good job, feminist boyfriend!), a live version of “I Hold Nothing” by Mount Eerie. In retrospect, the two tracks offered prescient ways to talk about college-age relationships, which I pursued with passionate ardor and zero social skills.

I was enrolled in several poetry classes and was impressed by the way Phil Elverum made his voice — and his guitar — swell when he sang, “Your love swells and pounds me.” At 19 or so, I was pretty damn swollen and pounded as well. Unfortunately, my own songs were a lot less interesting.

I was in the phase when, as Elverum sang, the eyes are “two open gates.” A lot of things went in, but few things stuck. I was a terrible girlfriend to many, undoubtedly. Luckily, a few exes still speak to me.

One day, my ex-boyfriend took me to see Mount Eerie at a neighboring college. I can’t remember which one. It was Boston. There were many colleges and in retrospect they all look alike: green quad out front, brick buildings with big glass windows, layers of snow.

Inside were a small stage and a hundred students wearing sweaters and hats. There was a coffeehouse vibe, a sort of quiet, nap-time feeling. We all sat cross-legged on the floor and looked up at Elverum, who squeezed his eyes shut when he sang. I had a feeling of warmth and contentment listening to him, as I used to when I listened to picture books read aloud to me as a child. The songs were peopled by tall fir trees and dark lakes, mountains and stars. They seemed to encompass a private world that belonged only to Elverum — and yet there we all were on the rug, a hundred of us, visiting it too.

After the show, I told my ex-boyfriend it was “awesome.” He grinned. “Yeah,” he said. “Phil Elverum is such a good songwriter.” I have remembered this moment for years, as it was the first time I ever thought of the art of songwriting as distinctive from the art of musicianship. The fact, for example, that Elverum could craft a song that evoked the universal when he really wasn’t doing all that much with the guitar, and sometimes even messed up a bit on stage, was a revelation. I wondered how one could be as good at songwriting, and where the magical quality that Elverum managed to project into the minds of his audience as he performed actually came from. Was it the words? The music? A combination of the two? Did it have to do with a kind of innate talent that one is simply born with, or was it something else? How on earth did someone create that kind of feeling in someone else?

Ten years later, I am impressed by Elverum’s continued ability to create a world that is personal, private, even naive — and yet open enough to allow others to enter into it. Sauna, his latest album as Mount Eerie, evokes the trek to an isolation chamber — a lonely, empty room in the middle of the woods. But this double album also sketches a large-scale vision of a planet in decline — rising temperatures and the emptiness of a civilization that isolates us from nature and from one another.

When Elverum takes a trip to the sauna on the title track, “the wood heats up/and cracks and pulls apart/the way a body groans/and transforms.” Elverum presents his body as a tectonic landscape at the point of eruption. There is no question here but that Elverum — like the earth as a whole — is engaged in some kind of apocalyptic battle to survive. The problem is that only one of the two will eventually win. The video for “Sauna” juxtaposes scenes of power plants spewing smoke into the air at sunset with clusters of trees and glowing coals that fade ominously to black. Cowgirls do-si-do, lasso and curtsy around a movie set, chewing gum. Sorry, America, but the future, according to Elverum, looks grim.

It’s a difficult balance to strike, this “I am the world, and the world is me” tone. The lack of perspective can be off-putting at times, or even unintentionally funny. When on the song “Pumpkin,” Elverum strikes a particularly melancholy chord under the line, “Smashed on the rocks at the edge of the island/a bright thing caught my eye/It was/a pumpkin,” I’m tempted to giggle. Or at least say something like, “Dude, get over it.”

But this is a rare moment. For the most part, Elverum succeeds where few songwriters do: he imbues the smallest details of his life with a mythic, even cosmic significance. At their best, his lyrics read like haiku or Zen koan, small, specific and alive with enlightenment. At the end of “Sauna,” he sings, “Life is a small fire I carry around/Glowing coals on the wet ground.” Or consider, from “Spring,” the effortless “mind like a flower falling,” so clear a metaphor you might not at first even recognize the near-infinite space in which it hovers.

Indeed, Elverum’s sense of his own insignificance is often what allows the listener entrance into these songs. The track “Boat,” shows powerful humility — “I was born out of nowhere/Back to nowhere I’ll return” — as well as resignation to existential struggle: “Disconnected and drifting in my boat/I built this boat on the shore/I pushed it into the waves/I was born.” There is an odd wisdom in this simultaneous acceptance of the individual’s insignificance and desire to keep on pushing towards meaning in life.

Elverum has the rare ability to sing a phrase like “I can only cross the ocean in my boat” and convey the sadness of the human predicament — being a person in a body, a being with a life. You know he is never just talking about a boat — or a pumpkin, I guess — and if you are ever having second thoughts about his metaphors, he will remind you of what they mean; the song “Dragon” concludes with the lyrics, “Going into the basement again/I reach down beneath the human.”

This, to me, is one of the central dilemmas of making art. If your trip to the basement is only a trip to a basement, then why bother? If your trip to the basement means everything, then you’re an asshole. The kind of solipsism that makes people crappy girlfriends (ahem) is the same kind that makes people think they should write something about it, and that you should read it. But the idea that my experience is more than just my experience is also the same idea that transfixed a hundred kids 10 years ago and made us feel connected, a part of something greater than ourselves.

So somewhere in between the sauna and the earth is the happy midpoint where your problems are not too significant, but just significant enough to share with someone else in a way that is meaningful to both of you. Indeed, it’s this problem that Elverum likes to sing about: “The two of us are planning/scratching through our separate lives,” he sings in “Planet,” addressing the earth as a whole. “I don’t know you and you never will know me/From inside my bubble, I think I see you while you smile and yawn.”

The sound world provides an answer for Elverum, a place where he can be overwhelmed and surprised by the beauty of the present moment without worrying too much about its place in the grand scheme of things. “Standing on the street in the rain/I know only sound/assuming nothing,” he sings on “Dragon,” as his vocals are gradually swallowed by the sound of a storm that, after a while, dies away, leaving him alone on the street again. He sings of the “echoing shape of the mammoth that tore through the brush,” of the “tractor idling two blocks away in the fog, unseen,” and of “the dragon that roars now.” Sound connects the contemporary and the prehistoric landscapes, the world of nature and the world of technology, the animal and the human, the maker and the listener.

And Elverum’s sound world is as rich in electronic, orchestral, distorted, simple, abrupt, surprising and complex elements as it is rich in immateriality and emptiness. This album, his seventh studio album as Mount Eerie, is a collage of twigs snapping, rain drizzling, steam hissing and something that might be Buddhist prayer bells ringing — interrupted by swathes of distorted guitar, church organ, choral voices, post-rock melodies, pounding drum fills, cymbal washes and string ensembles, which are in turn interrupted by ambient drones, electronic processed sounds and bursts of harsh, mechanical noise.

It would be a mess if it weren’t all so expertly deployed. Only once or twice towards the end do the operatic chorales start to feel pompous or overblown. The rest of the time one is consistently impressed by Elverum’s swift, skillful hand as an arranger and producer. The lo-fi quality of his recordings represents a clear strategy that conveys Elverum’s vulnerability in the face of large-scale forces that he cannot control, and not a statement about his abilities in the studio. Each song’s palette of sound is different — and pointedly chosen — to evoke the sense of the producer’s insignificance, even as it displays his complete mastery of a private sonic world.

This album may not attract new fans to Mount Eerie. I suspect there are folks who perhaps aren’t willing to “go there,” so to speak. But it does promise an overwhelming assault of musical ideas, philosophical conundrums, and powerful images that thrust their way into the mind. To listen to Sauna is to feel a sense of losing out against a meaning you hoped for, but it’s also to feel, at times, a transcendent sense of perspective: “A million colors and everyone I’ve known passing through a mind. And it’s the same mind, was born wild and empty, wailing in electric lights.” That image comes from a song called “Youth,” and now and then Elverum seems almost to grasp it — what youth is, what it was, and what changes when it is gone. 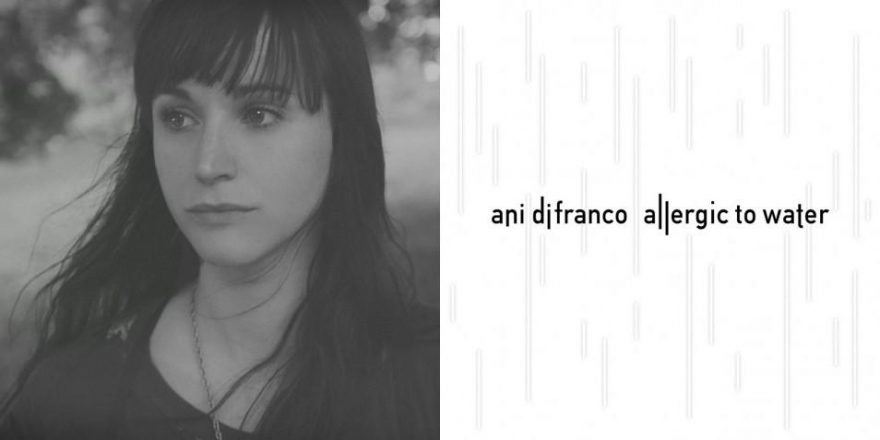