You can usually hear Alyse Lamb’s voice cutting through crashing waves of feedback as frontlady for the noise trio EULA. Other times, you can hear her guitar being warped and reshaped as part of the experimental duo Parlor Walls. She is also co-founder of Famous Swords, a Brooklyn-based art collective. Alyse has a degree in classical composition, and has put it to use by making numerous fashionable leotards. EULA releases its second album Wool Sucking on March 3, 2015, on Famous Swords Collective. You can follow her on Twitter here.

As a teenager, writing songs was always a personal experience for me. I’d sit on my bedroom floor with my guitar in my lap, keyboard at my knees and a notepad and pen to my left. There was nothing more intimate and satisfying than those moments of solo writing. When I got to college, I wanted to play my songs live, and realized that in order to do that, I needed collaborators. I remember going through an awful personal crisis — I had an immense aversion to the idea of working with other people. I thought my sacred space would be shattered, that my little internal music box would be trampled. I imagined big fights where I would eventually have to settle on an idea I didn’t believe in or, even worse, I would have to “pitch” an idea to my collaborators. Ick, no way. But then I thought to myself, “Lydia Lunch collaborates. Polly Harvey works with other musicians. Björk works with producers. Why don’t I give it a try?” So I passed my demos around school and eventually found two amazing musicians, and the three of us formed EULA. It was a gradual process, but I eventually learned how to write for a unit instead of just for myself. This is invaluable knowledge for any musician: playing with other artists pushes you into areas you might not normally think to explore and helps you uncover musical worlds you didn’t know existed.

To me, Lydia Lunch is Queen of the Collaborators. If it weren’t for her, I’d still be sitting in my room with my guitar in my lap. In the mid-’70s in New York, Lunch formed Teenage Jesus and the Jerks. It was a short-lived project, but it was so vital that it continues to influence musicians to this day. After the Jerks disbanded, Lunch continued to collaborate. The list of musicians she’s worked with is truly jaw-dropping: Nick Cave, Swans leader Michael Gira, J.G. Thirlwell, Siouxsie and the Banshees bassist Steven Severin, Robert Quine (Lou Reed, Richard Hell and the Voidoids) and Kim Gordon. She formed Big Sexy Noise in 2009, and collaborated with avant underground mainstay Weasel Walter, Swans bassist Algis Kizys and former Sonic Youth drummer Bob Bert on Retrovirus in 2013.

Finding musical collaborators closely resembles the dating process: there’s an intense screening period, as well as a bout of information-gathering about the person’s prior relationships. But ultimately, it’s about finding your foil — that certain energy that will push you to the edge of explosion.

Lunch successfully harnesses that combustibility with guitarist Cypress Grove. Their first collaborative effort was A Fistful of Desert Blues in 2014. They’ve returned with Twin Horses, a split album with neo-folk band Spiritual Front.

Lunch and Cypress Grove’s half of the album is defined by its dense, dark mood. It could be the soundtrack to a devilish Western noir — the perfect accompaniment for Josey Wales, his boots clacking and clanging on an old lonesome road, setting out to avenge the murder of a loved one. That mood is perfectly captured by Grove’s dusty, slow-gaited acoustic guitar plucking, the high-pitched swells of ambience and Lunch’s dark lyrical content. On “Unholy Ghosts,” Grove’s melancholy guitar shivers along while Lunch’s foreboding, weighty voice sings, “Another creep on the phone/One more wolf’s banging at my door/Lonely mutt scrounging for a home/Moved out here just to be alone.” You can hear the distant sound of trickling water; perhaps she’s about to take a bath — or drown herself. We’ll never know.

The arrangements in Lunch and Grove’s songs are decidedly minimal. There’s only voice and guitar, with very little supporting instrumentation. This stripped-down quality forces the listener to face each song head-on. There’s no artifice to hide behind. Their most elaborate number, “Put You Down,” features Lunch’s bluesy vocal style, Grove’s moaning guitar and a swinging beat on the high-hat. It conjures a world filled with bowler hats, glittering gowns and smoking guns. There’s a playful yet demonically sensual quality about it. Lunch’s lyrics support this point: “Burn with desire you can’t resist/A white devil lover with an awkward kiss/in the arms like velvet surrounds/Oh, but now I’m gonna put you down.”

Lunch and Grove even inject their haunting, melancholy tone into a pair of cover songs: “Hotel California” and Nikki Sudden’s “Death Is Hanging Over Me.” Deliberate, dusty guitars, gravelly vocals and ambient swells fill out each and, once again, the lyrical content suits the mood: “Death is hanging over me/Though this room is seldom cold/Rosewood candles light the way/Along the tarnished road.”

The second half of Twin Horses is by Spiritual Front. Singer Simone Salvatori’s vocals convey a similar mood to Lunch’s — a dark, heavy earnestness — but here it’s as if the dark shroud has been lifted. While it’s by no means “pop,” the song structures are more pop-influenced than Lunch and Grove’s. “Buried Friend” bursts in with strong percussion and cavalry-like horns, and the album’s catchiest hook arrives in the chorus of “My Love Won’t Fade,” a line that settles deep in the brain.

Artistry is fluid. It cannot be confined to one outlet. We are forever moving in and out of multiple worlds, experimenting and dabbling in new creative energies. Lydia Lunch is a commanding artist in her own right, but she’s able to move between projects freely while maintaining her signature voice and sound. I owe a lot to Ms. Lunch because she gave me the confidence to blast through the walls of my own thick shell. Things are much clearer on the other side.

You can usually hear Alyse Lamb’s voice cutting through crashing waves of feedback as frontlady for the noise trio EULA. Other times, you can hear her guitar being warped and reshaped as part of the experimental duo Parlor Walls. She is also co-founder of Famous Swords, a Brooklyn-based art collective. Alyse has a degree in classical composition, and has put it to use by making numerous fashionable leotards. EULA releases its second album Wool Sucking on March 3, 2015, on Famous Swords Collective. You can follow her on Twitter here. 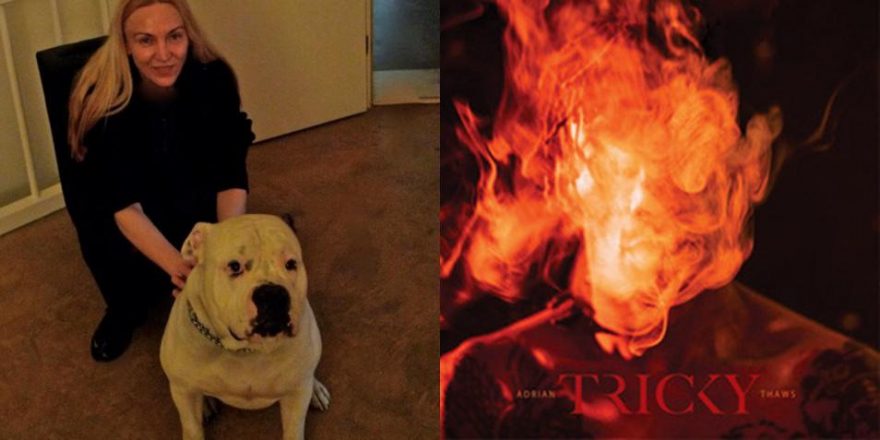