Scott Friend is a New York-based filmmaker whose first feature, To the Moon, is currently available VOD from 1091 Pictures, after playing at such festivals as Nightstream Film Festival, American Film Festival, Panic Film Fest and Bucheon International Fantastic Film Festival. He was awarded the Director’s Award from the Polish Film Institute at AFF’s 2020 U.S. in Progress program. As an actor, he recently appeared in the Gotham Award-winning film Fourteen, directed by Dan Sallitt, and The Dark End of the Street, directed by Kevin Tran.

About four years ago, in the middle of a random Tuesday, my phone rang. The moment I saw who was calling, my stomach sank. My brother and I always were, and still are, as close as can be, save for the last year before his first stint at rehab. I despised him then. During the first stretch of my brother’s sobriety, I felt a creeping sense of dread that he would relapse, or worse. I feared it with every cell in my body. So when I saw his name pop up on my phone screen that Tuesday afternoon, I immediately knew what was going on. He had relapsed for the fourth time in 10 years.

After each relapse, it would be so hard for me to grapple with the fact that I didn’t notice when something was wrong. I’d convince myself – because he would convince me with expert precision – that he was doing well and was on the right path. Suddenly, the many instances of him leaving a dinner early or not showing up to family gatherings due to his “anxiety attacks” or “stomach ulcers” piled up in my mind and started to make sense. Normally, these calls were accompanied by one hundred apologies. But this time was different. I could feel the pain deep in his voice. He let me down and I could sense this was his most difficult call to make. When he told me, “This is the last time, I swear,” I believed it.

After this last relapse, his withdrawal became so intense that he suffered hallucinations and had to be hospitalized. When he made it out on the other side, we would talk about his experience and the hallucinations. In our typical fashion, we would usually end up laughing. It’s always been easy for us to find the levity amidst our pain. How did this instance bring me to writing and directing my first feature? I’ll explain.

In 1963, my great aunt and uncle acquired a hunting lodge on more than 100 acres of land in western Massachusetts for a song. They continued to add onto the property throughout the ’60s, eventually turning it into a four-bedroom home with trails, cliffs and lakes. It became a family fun compound, with my convivial and adventurous great uncle leading the circus. My entire life is filled with happy memories of spending time there in the winters and summers, with many permutations of aunts, uncles, and first and second cousins. The house hasn’t been updated in any way – seriously – since the late ’60s. While I had always known I wanted to make a film there (an idea my great aunt and uncle supported wholeheartedly), I never knew exactly what it would be. 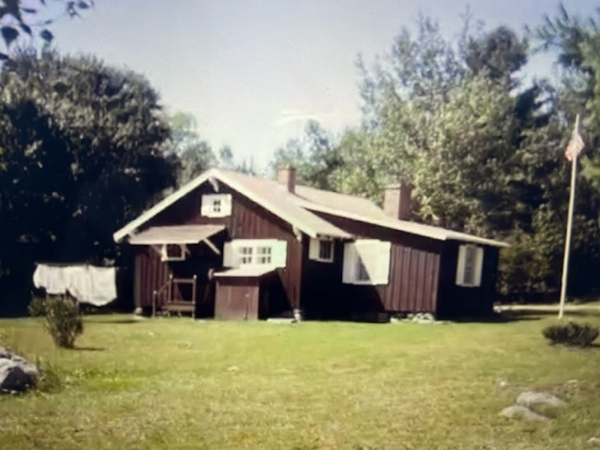 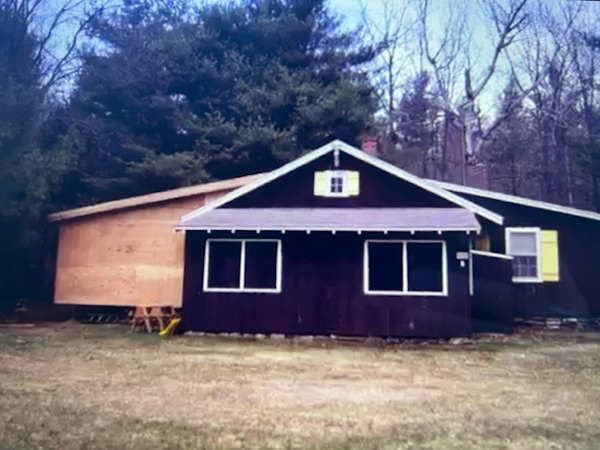 When my great uncle passed away a few years ago, family members had grown up or moved away and the family trips had tapered off until they were no longer tradition. It had been years since I had been up to the Shangri-La they had created for us. My great aunt, now in her nineties, feared it might be time to let go of the home, as no one seemed to get the joy or use out of it, as they once did, and the upkeep was becoming too great. Unbeknownst to her, this news was the spark I needed to start writing.

For the 10 years prior, I’d been doing my best to become a working actor, a nearly impossible feat to achieve. When I started writing the script for what would eventually be To the Moon, I was in the beginning of a serious relationship, my career wasn’t gaining any traction, and I didn’t have the slightest clue about what my next move would be. I had written a family drama that I thought was going to catapult me into another stratosphere of success, if only someone would invest their hard-earned money in a complete unknown to make a heart-wrenchingly bleak film about brothers seeking redemption. (Side note: I reread that script recently; it needs a ton of work.) I’ve always gravitated toward films that explored heavy themes through a dark genre lens. They’ve given me a lot of comfort throughout my life. After finishing my first script, on one gloomy spring eve, I was watching one of my favorite rainy day films, Rosemary’s Baby, when the lightbulb went off and my perspective shifted. Suddenly, it only seemed fitting that if I were to write a feature about my relationship with my brother, it shouldn’t be solely devastating and bleak. It should be fun, scary, occasionally dark and at times humorous; all of the things that encompass our experiences and relationship. With his blessing, I took all my own feelings regarding addiction, enabling, personal fears and failures and mashed them into a weird little paranoid thriller script that became my first feature, To the Moon.

Six months later, with a crew of eight, we were on set in Massachusetts, getting ready to shoot our first day. The week before, my cinematographer, Dan Debrey, lead actress, Madeleine Morgenweck (also my fiancée), and I had gone up to Massachusetts from our homes in Brooklyn to do some camera tests. We arrived to find that a tree had fallen on top of the house. There was a huge storm the night before and the tree took out a chunk of the roof and the satellite dish. So, now we were really immersing ourselves in the ’60s, because we had no wi-fi or cell service. There would be no social media scrolling or falling into any late-night YouTube rabbit holes. With absolutely no modern-day interferences, we were left with books and card games to entertain us at night, and a landline for phone calls to the outside world. That was the first sign that my great uncle was with us, to help bring things back to a simpler time before all the digital distraction.

The second sign was on the last day of prep. I was in the shed, doing some last-minute set dressing, when I felt my great uncle’s spirit palpably and began talking to him. I let him know I was finally making a movie at the house, the rooms were full of friendly faces, and good times were ahead. I knew he was with us and asked him to look out for our crew and this project. All the normal things you’d speak to your deceased family member about. My producer/1st assistant director Stephanie Randall ran outside with a ringing portable house-phone extended toward me. Everyone who needed to be on set was already there, so I wasn’t quite sure who could be calling. I answered the phone. The other end was filled with static. I asked, “Hello?” again. There was silence and then I heard my great uncle’s voice come through the receiver. It was his pre-recorded answering message playing back at me. The timing was impeccable and it sent shivers down my spine, while simultaneously putting a smile on my face. I tried returning the call, but it just went dead. I knew it was him communicating with me from the other side.

The next three weeks were full of just about everything you could imagine an ultra low-budget film being shot in the middle of the woods with no wi-fi or cell service would experience. The house hadn’t seen that much action in 30 years and every day it showed. The heating system broke. We played musical chairs with the three toilets in the house that kept clogging. The hot water in the showers only lasted for about three minutes; if someone else was showering at the same time, that time would be cut in half. The locks in the bathroom got stuck and we’d call out for someone to come rescue us. The off-road vehicle we used to transport equipment and ourselves to a location deep in the woods died as the sun went down and we became surrounded by what we then thought was a woman screaming in the woods. It turned out to be fisher cats, whose screams are terrifying, especially in the dark woods with no protection. We even managed to lock ourselves out of the house and had to get our P.A. / 2nd assistant camera Braden Auger to shimmy in through a window to let us back in.

Each day was more fun than the last, with a new adventure waiting for us around every corner. It was my great aunt and uncle’s intention, when they acquired that one-room hunting lodge all those years ago, that it be a place for everyone to gather, where they could tune out the outside distractions and have as much fun as possible. That’s how I look back on my early years and times spent at the house. Especially with my brother, escaping normal life, left to our own imaginations to play and run free in nature, smiling and laughing like we always manage to do. Even through the toughest of times.

With To the Moon, I wanted to evoke that creeping sense of dread I’ve lived with ever since his addiction first came to light. The fear that lies in the unpredictability of what news you’re about to hear on the other end of that phone call, and the knowledge that you’re ill-equipped to help your loved one in the way that they require. I wanted so badly for my brother to be next to me while I made a fun weird little film about our pain, but he was where he needed to be, working every day on his sobriety. My brother is now more than three years sober and is currently recovering from a traumatic brain injury. Believe me, we’ve somehow found the humor in that too. Like all of the tribulations he’s faced on his journey, he will prevail, as he always has. An addict’s experience is not one I know personally, as I have only experienced it from the passenger seat. What I do know is that sometimes love and patience can be the most powerful antidotes. My brother is my best friend and this movie is for him.

Scott Friend is a New York-based filmmaker whose first feature, To the Moon, is currently available VOD from 1091 Pictures, after playing at such festivals as Nightstream Film Festival, American Film Festival, Panic Film Fest and Bucheon International Fantastic Film Festival. He was awarded the Director’s Award from the Polish Film Institute at AFF’s 2020 U.S. in Progress program. As an actor, he recently appeared in the Gotham Award-winning film Fourteen, directed by Dan Sallitt, and The Dark End of the Street, directed by Kevin Tran. 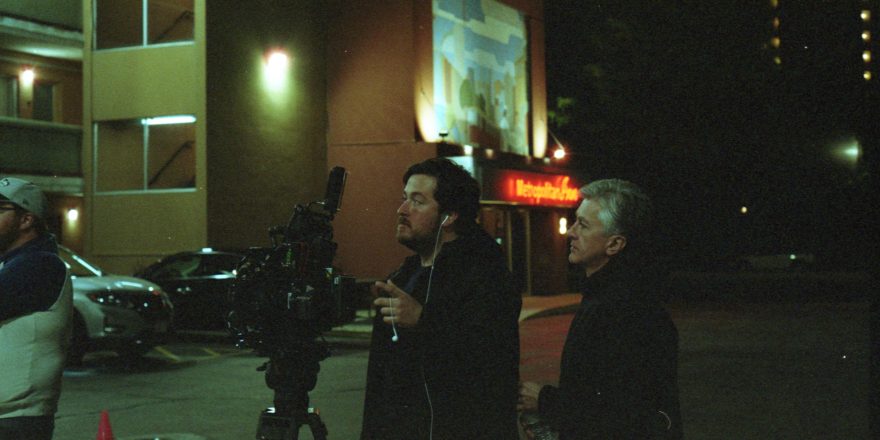 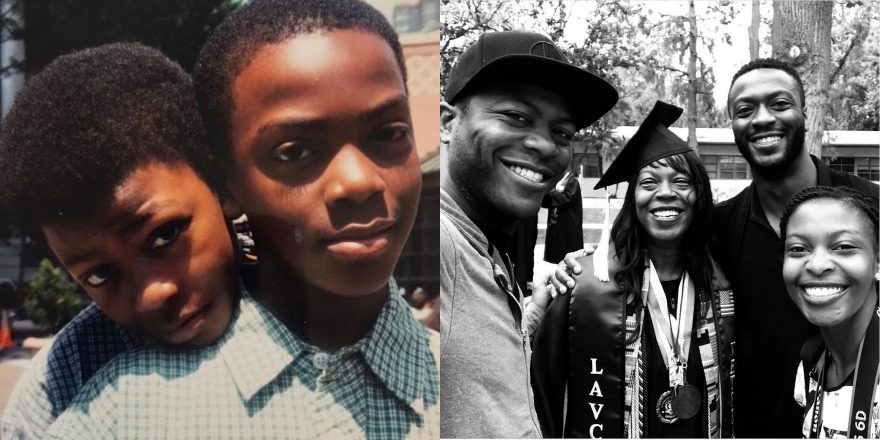 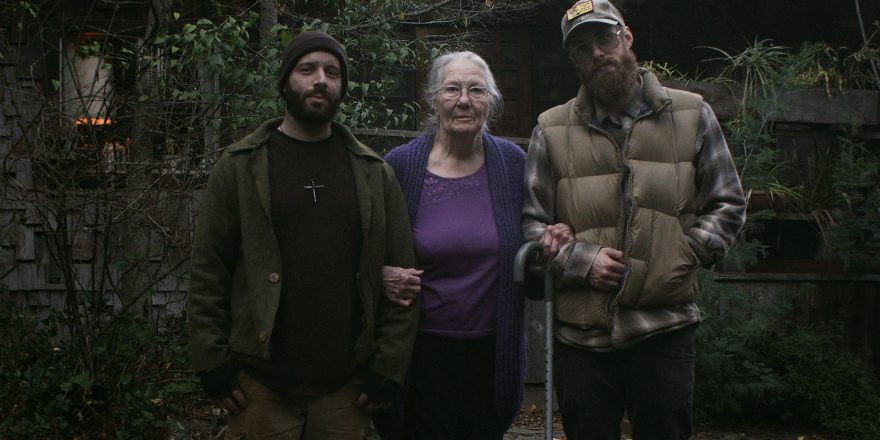 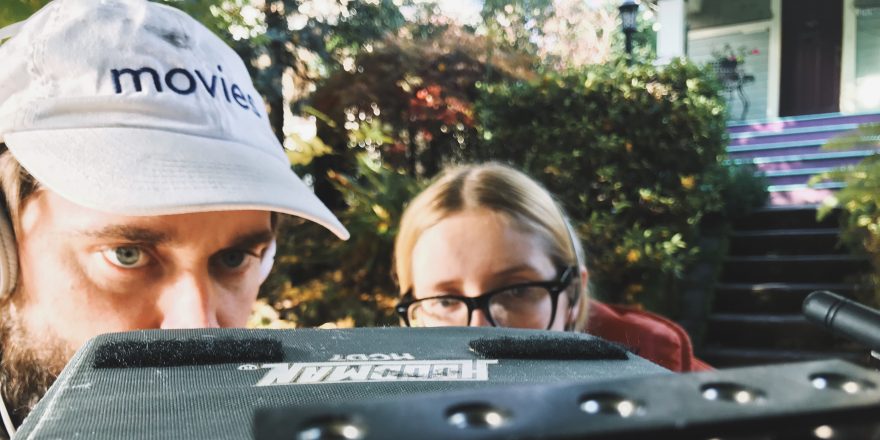 Redefining the Meaning of Success