Alex Skolnick heads the jazz guitar group Alex Skolnick Trio and the acoustic world music ensemble Planetary Coalition, and is the lead guitarist of the Bay Area thrash metal band Testament, which he joined at 16. He has a BFA from the New School, where he studied jazz, philosophy and creative writing. He’s been a guest soloist for Rodrigo y Gabriela (appearing on their album 11:11), as well as participating in numerous other collaborations. He runs the popular blog Skolnotes and his first book, Geek to Guitar Hero, was published in 2013. He lives in Brooklyn, New York. His website is here and you can follow him on Twitter and Instagram.

Though no expert on country music, I’ve chosen to review the new Brad Paisley album for three reasons:

Brad Paisley is one of the poster boys for modern country, which achieves commercially what rock rarely does anymore: sales in the multi-millions, high chart positions and sold-out arena shows. It has displaced Top 40 as America’s most popular radio format, as discussed in a recent New York Times article. At the same time, Nashville’s booming business has been accompanied by a musical gentrification disdained by some. Its opposition includes none other than Hank Williams III (grandson of one of country music’s preeminent pioneers, the legendary Hank Williams), who vociferously states his position in a song called “Trashville”:

Now, playin’ country music, it ain’t like it used to be
I’m so tired of this new stuff they’re tryin’ to get me to sing
That ain’t no country music to me.

As in modern pop and dance music, modern country’s major label artists, regardless of talent level, tend to get filtered through a system described by music industry watchdog Bob Lefsetz as “music by committee,” beholden to outside songwriters, production teams, label execs, and management — for whom all rawness, grit, spontaneity and other organic qualities are anathema.

In Brad Paisley’s case, there’s no denying his talent, both with a microphone and a Telecaster. One can only imagine an artist of his abilities and his stellar Nashville session musicians releasing works of art to one day be looked back upon in the same regard as the work of, for example, Willie Nelson and Emmylou Harris. Instead, those who look back on Paisley’s latest release, Moonshine in the Trunk, will find — despite some promising ideas, good humor, flourishes of virtuosic guitar (when allowed) and even a cameo by Harris herself — enough sheen, shine and gleam to bring to mind ads for Wal-Mart or Cracker Barrel.

The opening track, “Crushin’ It,” is a feel-good anthem about letting loose for the weekend. As the song shifts into second gear, we’re presented with an Auto-Tuned wall of voices singing a refrain that sounds borrowed from Bonnie Raitt’s “Something to Talk About” reconfigured as a testosterone-filled anthem of male frat-boy energy. This track will no doubt be used in a beer commercial one day (if not already). Observe the following lyric:

By this time Friday night
I’ll be done with my third can of cold Bud Light
And I’ll be crushin’ it.

Which prompts the question, in all seriousness: has product placement, so prevalent in films, found its way into music? A part of me is horrified by this notion. But another part wants to know: “Where do I sign up?” (Just kidding.)

The second track, and the album’s first single, is “Down to the Riverbank,” sort of an uptempo version of Bon Jovi’s “Livin’ on a Prayer” with a positive spin, complete with “We’ve got each other” in the chorus. In this case, the couple is jovial because they have everything they need: a river, an innertube, a six-pack, lottery tickets and dreams of striking it rich. Although someone in Paisley’s tax bracket probably shouldn’t be expressing the joys of being broke, it’s hard not to be won over by his humor, which shines through in lyrics like this:

Can you imagine if we ever struck it?
I’d go shoot tequila, take a lime and suck it

“Perfect Storm,” with its indie-rock beat and semi-distorted power chords, is an arena ballad that’s almost Foo Fighters-lite, bringing to mind Hank III’s declaration, “That ain’t no country to me.” Only when the band lightens up and Paisley’s deep vocal takes over are we pulled back below the Mason-Dixon Line, with an opening lyric I admit a fondness for:

If she was a drink, she’d be single-barrel bourbon on ice

Three songs in and I’m feeling drunk just listening to this album.

“High Life” features a cameo by Carrie Underwood, and it’s the first track not packed with production gimmicks. With its natural ambience and Jeff Beck-ish guitar fills, this is my favorite track so far. That is, until the repeated mention of Chick-fil-A reeks once more of product placement. As Paisley and Underwood begin expounding upon the virtues Chick-fil-A’s waffle fries, I can’t help but picture Will Ferrell as NASCAR driver Ricky-Bobby in Talladega Nights, giving thanks to the Lord for “this bountiful harvest of Domino’s, KFC and the always delicious Taco Bell.”

Just as one begins to miss the alcohol references, here comes the title track, “Moonshine in the Trunk.” Despite slick processing, the tune creates an effective banjo hoedown feel in the chorus and is a real head-bobber. No sooner am I reminded of the chase scenes on The Dukes of Hazard (which I watched religiously as a kid), when here come lyrics about Uncle Jesse and the Duke boys. (Suddenly I don’t feel like such an outsider after all.) There’s great trade-off between fiddle and guitar that actually goes into Van Halen territory, but like every other solo on the album so far, it’s much too brief (most are eight bars, maximum) but heck, I’ll take what I can get.

Unfortunately, the majority of remaining tracks on Moonshine in the Trunk feel — and this is as much a critique of modern country in general — mechanical, cookie-cutter-like and hard to listen to. The overabundance of forceful hooks, hit-you-over-the-head choruses, audibly Auto-Tuned vocals (completely unnecessary with a strong singer such as Paisley) and pandering to working class Americans feels so forced and obvious that it almost could pass as ironic art.

One noteworthy exception, however, is “Gone Green.” It has an almost bluegrass ambiance, Emmylou Harris on background vocals and subject matter rarely encountered in country music: environmental awareness.

Paisley’s taste for risk-taking was evident in 2013, with “Accidental Racist,” his duet with rapper LL Cool J that, rather than becoming the country/hip-hop version of McCartney and Wonder’s “Ebony and Ivory,” caused so much controversy that it narrowly missed damaging Paisley’s career. (And musically speaking, it’s undeniably bad.) But by addressing pollution and climate change with “Gone Green,” Paisley is pushing boundaries — at least among country’s more conservative demographic — in a positive and much more listenable way.  This track, along with a few unrestricted guitar moments (the tasteful and inspiring intro to “You Shouldn’t Have To,” for example) show what he’s capable of when not conforming to Nashville’s machinery.

Today’s Nashville superstar can never be accused of “selling out” simply because the music tends to start from a place of being — to borrow a term from Frank Zappa, “strictly commercial.” Starship’s “Nothing’s Gonna Stop Us Now” (1987) was a massive hit in 1987, but it’s also a watered-down rock tune considered to have led to the downfall of a once-great rock band, amid accusations of cashing in. A song like that would be right at home on an album like this — just add pedal steel guitar, fiddle and a touch of twang and watch it zoom up the charts.  (And if anyone reading this has a hit with this cover, please thank me in the liner notes. You’re welcome.)

My appreciation for Paisley’s talent underneath the luster is confirmed. Moments like “Gone Green,” his cleverness with the lyrics (even the silly ones) and his all too brief solos show what he’s capable of as an artist when not obviously catering to the Nashville establishment. At the same time, these positives are far outweighed by the aural trauma of hearing “mainstream” taken to such an extreme. I’m reminded of what drew me to metal as a youth.

Immediately after listening, I’m compelled to blast Slayer’s Reign in Blood. A red sensation envelops me. A cleansing.

Alex Skolnick heads the jazz guitar group Alex Skolnick Trio and the acoustic world music ensemble Planetary Coalition, and is the lead guitarist of the Bay Area thrash metal band Testament, which he joined at 16. He has a BFA from the New School, where he studied jazz, philosophy and creative writing. He’s been a guest soloist for Rodrigo y Gabriela (appearing on their album 11:11), as well as participating in numerous other collaborations. He runs the popular blog Skolnotes and his first book, Geek to Guitar Hero, was published in 2013. He lives in Brooklyn, New York. His website is here and you can follow him on Twitter and Instagram. 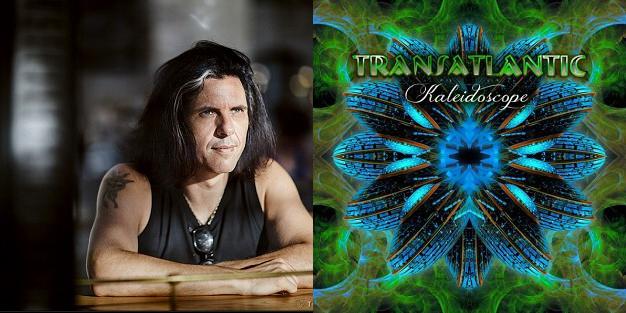