Over the first two weeks of January, Talkhouse Film is running the “What We Missed” series, comprising pieces on notable movies from 2014 which were not previously covered, (almost) all of which were released prior to the launch of this site. — N.D.

By most accounts, especially outside of Hollywood, I am a young man. No matter my experience, vast both professionally and sexually, it is limited in the long run. Assuming that I cut down on the smoking and knife-fighting, I’ll probably have a few more years of drastic mistakes, sincere mea culpas and the resulting Ouroboros of schadenfreude. Follies of youth notwithstanding, I am a bitter young man, but thankfully I work in an industry that allows for great resentment. That indignation is usually equal to the greatness of what someone else has done. Those of us who aren’t raging assholes try to channel that bitterness into inspiration, creative theft from only the best. We want to marry-fuck-kill our idols. We want to be like our heroes. Standing in front of Zoltar, making my wish, it wouldn’t be to arise in the morning as Tom Hanks. I’d close my eyes, grit my teeth and clench my fists, hoping that I’d wake up and be Macon Blair.

Full Disclosure: This piece has nothing to do with the fact that my friend, collaborator and boss, Mr. Rian Johnson, recently picked Blue Ruin as one of his own favorite flicks for the year, bestowing on it the Golden Brick Award, eponymous with the first joint he made, which I worked on too. The only comparison to be made is that Blue Ruin is a tremendous film and we both have excellent taste. It should also be noted that over the last year, I’ve personally communicated with Macon, not only to let him know how fantastic his performance is, but also to try and make friends with a guy I look up to. He is an actor who has quietly accomplished what us thespians strive to do. He swam to truth in a sea of hyperbole. He’s been gracious in allowing me to send him compliments, which are mostly just dick pics. It’s the only way I know how to show my affection.

Over this year, a lot has been made of Blue Ruin, trying to nail down a philosophical log-line, calling it a 21st-Century Noir, a Modern Revenge Tale, a Contemporary Southern Gothic Story. It’s been compared to the great American New Wave films of Peckinpah, Hellman, Hill and Hopper. Most of what’s been said is apt but, as with most great films, it’s not nearly enough to convey just how powerful it is. The basic synopsis is relatively simple: a man whose life has been stalled by the death of his parents gets revenge on their killer, only to find himself embroiled in altercations that beget further unconscionable violence. While Jeremy Saulnier goes above and beyond the conventional expectations by convoluting the story in unique ways, photographing it beautifully and editing it in a laconic fashion, it’s Blair’s performance that internalizes and modernizes the film.

Ernest Hemingway once told F. Scott Fitzgerald, “Forget your personal tragedy. We are all bitched from the start….” We’re in an era in which we define ourselves by our disasters, constantly trying to one-up each other by articulating just what the heck is wrong with us. That doesn’t mean we aren’t all battered and bruised, Skycaps for our own three-piece sets of emotional baggage. We contrast and compare.

“Oh? That? That’s just from some horrible tragedy that happened to me during my formative years. Pretty nice, huh?”

“Ah. Mine’s tweed. I never saw one with stripes. Pretty sure my tweed one’s better.”

There’s a shorthand that Saulnier and Blair exploit, an assumption that everyone can identify with the kind of horrible shit that would totally and completely affect how or even whether we function. When Blair’s protagonist, Dwight, is introduced, before he begins his dive into irresponsible vengeance, he is not an everyman. We should hope that he is not a person we identify with, because he is so irreparably fucked up. Dwight cannot comprehend a conventional, healthy life. His hang-doggedness indicates that there is nothing left for him. It’s been his own choice to become ostracized, but only due to losing his folks, his life. His decision to move forward in his revenge isn’t just exciting due to the act itself, but because he’s made a choice to begin with. After his self-imposed alienation, the revenge is impressive because he’s actually doing something. To use that as a galvanization, the seemingly simple act of acting, making a decision, is a testament to Blair’s subtlety. Saulnier had faith that we would feel sympathy where we cannot, hopefully, feel empathy.

Whatever weird fucking shit actors do to be fulfilled in a performance, to accomplish what we set out to do, planned through the work with a filmmaker and read into the screenplay, is somewhere between a magician’s tricks and a baseball pitcher’s throw. As with a magic trick, we don’t want to give away the hows and whys of our gig, because the answer is usually a collection of boring, sensical movements combined with years of painstaking practice. Like pitchers, actors are a specialized department on a movie set, brought in to do one very specific job, by hook or by crook. Generally, nobody cares how a pitcher throws if he’s always throwing a strike. That’s often why they let us act like petulant, bitchy children on either side of the actual acting. It’d be naive and frankly rude to consider Blair’s motivations, let alone how he does his job. What drives his performance and bolsters the effectiveness of the film is that, as with a perfectly executed sleight-of-hand, we constantly believe him. Just as a great pitch makes its way across the plate without getting hit, we are constantly examining the outcomes of his choices, not the process itself. Mining for our tragedies, our personal experiences, our humanity, all actors like to think they can find sincerity in loss and gain. That goal becomes almost insurmountable when faced with unbelievable situations. As Blue Ruin progresses and becomes an action-packed, suspenseful tale, at times a real movie-style movie, Blair and Saulnier allow Dwight to float with the current. He maintains his stoicism, the quiet terseness of his nature. It’s not just because he’s super messed up, but because the reality of his situation is that he has to stay alive. For every actor looking for his Capital-M Motivation, there you go.

As a bleeding-heart Hollywood Commie Hippie Punk, the last thing I want to believe in is Reaganomics, but filmmaking is most successful as a trickle-down benevolent dictatorship. There are exceptions, but most good films start with a great script, often to be directed by its writer. A lot of brilliant filmmakers have said that finding their collaborators, especially their heads of departments, like cinematographers, production designers and lead actors, is the battle that wins the war. You simply hire the right folks, the ones who share your vision and can help it come to fruition in the details. It would be convenient, even appropriate, to saddle Dwight with exposition, the responsibility to tell the audience exactly what they should be feeling. As the protagonist, he’s arguably representative of the viewers themselves. There’s nothing wrong with that classic perspective, but Saulnier’s commitment to sympathy over empathy only contributes to our fascination with “Dwight.” Saulnier’s trust in Blair, maintaining his concise writing from description through plot and onto the protagonist, is a teachable example of working with your friends and ensuring that we all end up making the same movie.

Back to my bitterness. Blair and Saulnier don’t need any help from me. They’re already making more movies, being nice, sweet guys who engender love and admiration that only contributes to how talented they are. In one fell swoop they’ve made a film that serves as infinite collateral against whatever they could ask from future collaborators. Like the aforementioned Ouroboros, the trust they put in each other and their coworkers creates a symbiotic cycle whereby other movie people would do the same. In that way, Blue Ruin accomplishes something all great films should. Blair and Saulnier have created the potential to make more movies, both through inspiration to others and through their own talents and skills. As audiences and filmmakers alike come to realize that the folks who made it are part of our grammar, the language of cinema, we won’t ever consider Blue Ruin a film we missed. It’ll feel like it was here all along. 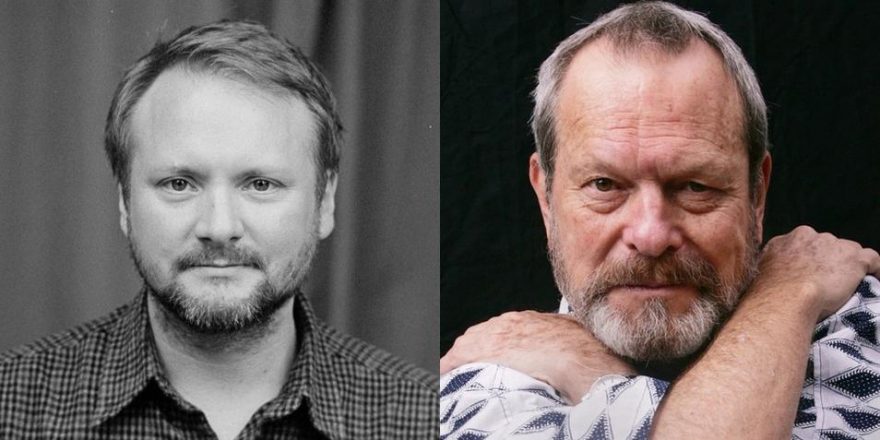