“My name is Nick Dawson, and I’m the Editor-in-Chief of Talkhouse Film, the website where smart, notable filmmakers of all genres and generations write about current films (and also TV shows). I am writing to you to invite you to contribute to the site to help publicize your Siberia Kickstarter campaign.

Here are two possible pieces it would be cool to have you write:

— A piece responding to the new horror film Insidious Chapter 3, which comes out in Italy and the U.S. this week. It would be written from a filmmaker’s point of view, for a general audience, and would use the insights and knowledge you’ve gained from making your own films. (I encourage contributors to relate the work to their own experiences.)

— An article about building an ongoing working relationship with an actor, and how that collaboration evolves and deepens, referring to Christopher Walken, Harvey Keitel, Matthew Modine and – tying in to the present and Siberia – Willem Dafoe.

Thanks in advance, and I look forward to discussing this with you further soon!“

Well, my name is Abel Ferrara, and I am of a genre and a generation, and I have obviously accepted Nick’s invitation and the 150 USD. The Kickstarter campaign has ended, and that’s another story that will take more than 1200 words to explain, but we will leave that for another day. Though I do not have anything against Insidious Chapter 3 or critics — or the art of criticism, other than my fear of actually enjoying doing it if I started (although at these prices I seriously doubt it) — I will try bringing some smart and notable thoughts to the second suggestion, the relationship between actor and director and why I keep returning to the well of familiarity.

Now, if familiarity breeds contempt, then what lies beyond is really what I am returning to. But let me start by saying that if one assumes that the director is the one beating heart of a film and everyone else is just an appendage — major or otherwise — branching off of that heart, then that someone is not getting the dynamic of filmmaking as I see it. A writer or poet performing his lone act upon a blank page, or a painter facing an equally blank canvas, is the polar opposite of the communal act of  filmmaking that I believe in. (I’m leaving aside the lone animator or the abstract children of Stan Brakhage and Michael Snow, expressing themselves in revelatory flash frames or now in digital manipulation, and am referring to what is commonly called around this world a movie — real people performing in front of cameras then edited and projected in whatever form.) This communal act incorporates many talents and personalities and comes together only when everybody involved values and respects each other and their talent.

So to the specifics of the actor/director relationship: be it Mastroianni/Fellini, Von Sydow/Bergman, Wayne/Ford, Mifune/Kurosawa or, even better, Chaplin in The Gold Rush, Keaton in Sherlock Jr., Eastwood in The Outlaw Josey Wales, Woody in Zelig or Orson Welles in Touch of Evil, these are all examples of the director being at one with his actor. Only if I had the poise, ability, or sheer good looks of those actors mentioned or, closer to home, Keitel, Walken, Modine or Dafoe — never mind the 17-year-old Zoë Tamerlis or the 30-year-old Zoë Lund — then I too would only need to deal with myself. (Yes, but which one?)

In any case, anyone seeing Driller Killer would agree with the director that I was another actor I did not wish to work with again, as opposed to the ones I do and have wished to continue to collaborate with. Why? Because if a deal point in the standard contract of the director is to cast the actor (which intentionally brings to mind molds and clay), then the deal point the director makes with himself is to search for those actors and actresses who bring their talent, love, service, passion, compassion and knowledge so that their strength is in the group (the Italian word for “crew” being “gruppo”). When you’re part of a group, talk is cheap and experience can only get you so far, and fades altogether in the present moment of making the film at hand, all of us one more spoke on the dharma wheel of filmmaking, where the pure joy of the process is the reward. 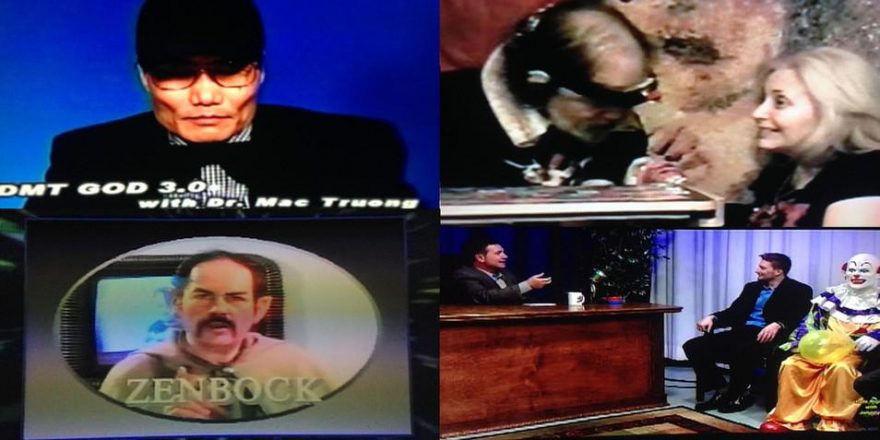