Nick Fituri Scown is an Emmy-nominated, Libyan-American filmmaker whose new documentary co-directed with Julie Seabaugh, Too Soon: Comedy After 9/11, airs Wednesday, September 8 at 9:00 pm ET/PT on VICE TV and will also play on September 11 at the Dances With Films Festival at Hollywood’s TCL Chinese Theater. His narrative feature debut, Pretty Bad Actress featuring Heather McComb and Jillian Bell, was released by MVD Entertainment. His shorts have played at film festivals around the globe, and he was named one of the 25 Screenwriters to watch by the Austin Film Festival. (Photo by Paul Tarantino.)

As I passed shuttered shops, restaurants and newsstands, my footsteps echoing through the dark, empty airport terminal, I thought for the first time, “This trip was a mistake.” 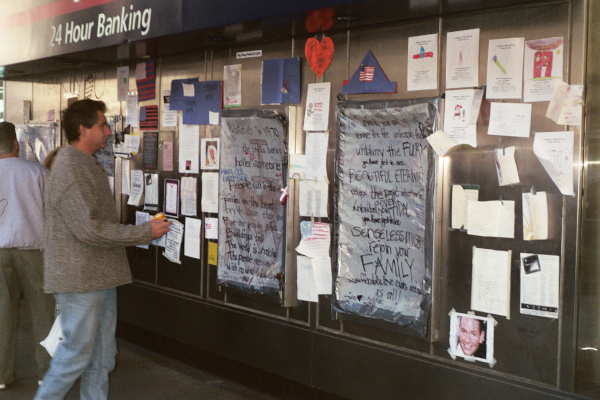 Months before, when I’d booked the plane tickets, it was to look at film schools. I was certain I was going to be getting my MFA at a New York institution, it was just a matter of which one. I’d had a crush on the town ever since I first visited on a school trip. I was 12 and I got left behind in FAO Schwarz, and a friendly cabbie gave me a free ride to the Hard Rock Café. That kind of experience convinces you that this is a city full of wonder.

Only that wasn’t the city I just landed at.

It was late September 2001 and New York was no longer the place it’d been, because on a sunny Tuesday, mere weeks before, it had happened.

My mother was obviously concerned with me flying anywhere, let alone to the site of it, and judging by the sparsely filled plane, she wasn’t the only one.

I had never wavered in my desire to go on this trip, even when it looked like it might be cancelled. There was a complete reorganization of air travel following the grounding of every plane that’d been soaring above the continental U.S. when it happened. I was determined to be on that flight, to visit my best friend, Eileen, and to find my future campus, my future home.

But as I walked through the post-apocalyptic set that Newark airport had become, a doubt began to bubble up. It increased when I stepped outside and was hit by the lingering fragrance of atrocity that engulfed the city I’d once loved.

I didn’t end up visiting any of the campuses. I just sat with Eileen, and her friends, and listened to their conversations. Watched them struggle to avoid talking about it, but always, slowly, inextricably, be brought back to what had happened, was still happening. I kept mostly quiet – what can you add to a conversation with folks who have recently witnessed true horror firsthand?

When it was time to catch my return flight, I discovered that the subways weren’t operating past Chambers Street. I had to climb the station stairs and wheel my luggage down the sidewalk and then through the street, which had been blocked off to traffic, save for pedestrians and military vehicles.

At first you felt like you were walking down a regular old New York block, but the closer we got to it, the fewer people there were. Those that passed me now wore gas masks to protect their lungs from the asbestos and ash that not only hung in the air, but caked everything in the area. It was like you had stepped onto the surface of another world, of the moon. Soon there was hardly anyone around, only it.

I told myself that I wouldn’t look at it, that I’d just keep walking past it, as if it didn’t have any power over me. But it did.

So I looked at it. Took pictures of it. Tried to capture it. Tried to put words to it on the long empty flight home. 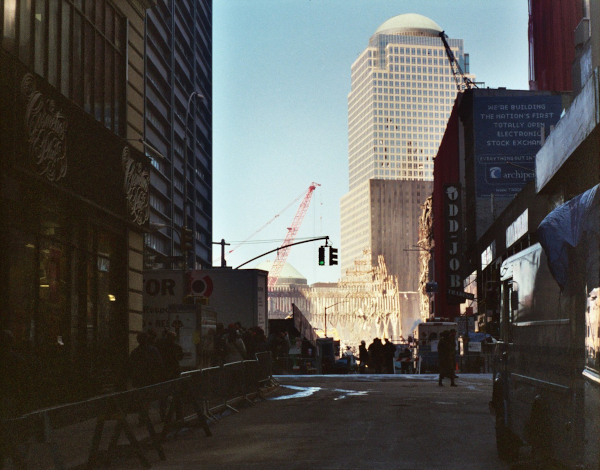 You can see those words below, and some of those photos in the documentary I made about it and how it wounded us, but didn’t destroy us.

Because, as shell-shocked as I felt when I returned home, there was something waiting for me, The Onion’s 9/11 issue. Smack dab in the middle of the front page, it said what I had been thinking and feeling for weeks: “HOLY FUCKING SHIT!” And something miraculous happened. I laughed. For the first time in weeks, the spell it had cast over me was broken, if just for a moment.

I never forgot that moment and when I first talked to my co-director, Julie Seabaugh, she told me she’d had the very same experience. She held on to that hard copy of The Onion, which she has to this day. And so we both wanted to make Too Soon: Comedy After 9/11 to show how comedy is a tool that unites and heals us in the darkest of times.

It’s been 20 years since the attacks on the World Trade Center; I’ve spent the last five making a documentary about how we recovered from that moment. How I recovered from it.

That trip ended up being one of the best mistakes I ever made. 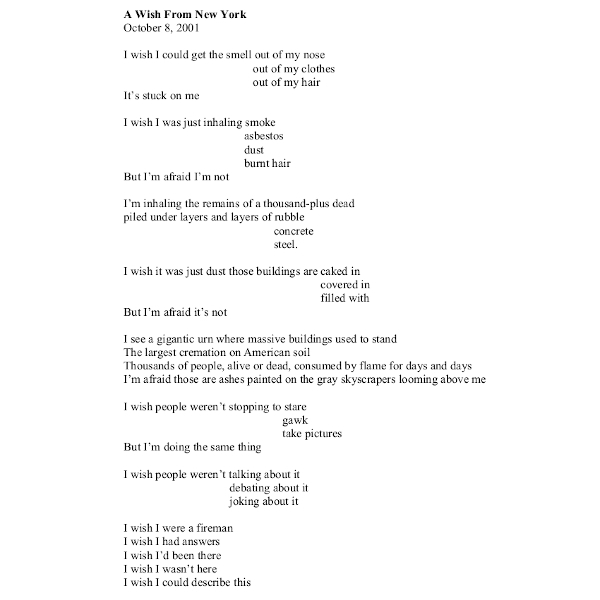 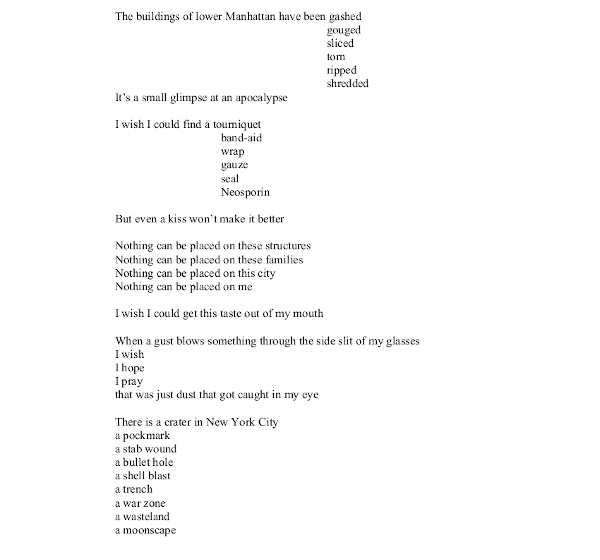 Nick Fituri Scown is an Emmy-nominated, Libyan-American filmmaker whose new documentary co-directed with Julie Seabaugh, Too Soon: Comedy After 9/11, airs Wednesday, September 8 at 9:00 pm ET/PT on VICE TV and will also play on September 11 at the Dances With Films Festival at Hollywood’s TCL Chinese Theater. His narrative feature debut, Pretty Bad Actress featuring Heather McComb and Jillian Bell, was released by MVD Entertainment. His shorts have played at film festivals around the globe, and he was named one of the 25 Screenwriters to watch by the Austin Film Festival. (Photo by Paul Tarantino.) 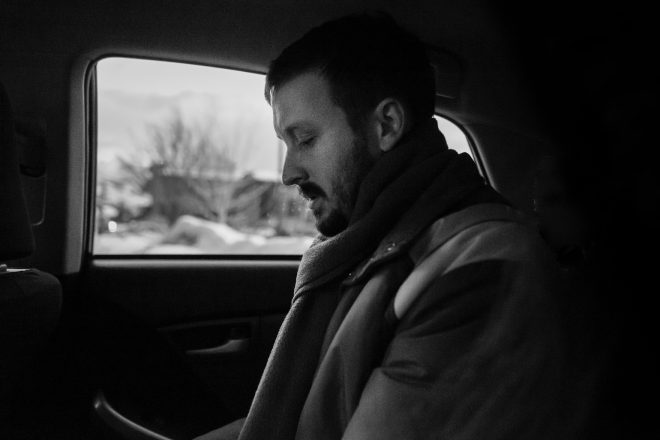