John Beeler lives in Atlanta, Georgia with his wife and three daughters, where he works as Label Director for Asthmatic Kitty Records.

A few years ago, I went to a really loud show in Cincinnati (Interpol, at Bogarts; Blonde Redhead opened). I was down front, right up next to the speakers. It was so, so loud, as great a show as it was loud. I went home and fell asleep with my ears ringing. Ringing ears after a show was par for the course so I thought nothing of it. Usually the ringing faded by late morning.

When I woke up, the ringing was still in my right ear. It lasted all day; unusual but not the first time it’d happened. But then the day became days, and days became weeks. Soon it had been over a month of constant ringing, like a tiny person was sitting on my ear canal screaming without stopping. Functioning normally took enormous concentration and emotional energy. Nighttime was worse — hellish  actually, with sleep coming only out of pure exhaustion.

I tried everything to get rid of the scream: flushing my ear, all kinds of different medications or homeopathic solutions, sounds at night, sounds during the day, I saw multiple doctors. Nothing worked.

And I cried a lot.

Finally one day, while I was trying to write a paper, I broke down. Loud music was the only half-respite, but I couldn’t think straight with music on. I felt trapped, claustrophobic, alone. There was nowhere to go where the ringing wasn’t. I collapsed on the floor in tears, dry heaving. Out of desperation I stuck my pinky finger into my ear and just… pushed hard. It was such a bad idea. It hurt, I was hurting myself, but the pain helped me feel something different. I’d pull my finger out and then dig in again, using my finger like a battering ram. My ear started to bleed. I could feel the vacuum of my ear’s air being moved back and forth as I sat there with my finger, trying to go deeper..

When I looked down at my finger, blood still dripping out of my ear to the floor, there, stuck to my bloody pinky finger was this massive clump of gunk bigger than the tip of my pinky finger: a kind of black-yellow misshapen hardened mass of scab and dark wax and ear hair all over, like something straight out of a David Lynch movie. I sat dumbstruck, almost waiting for the ringing to reappear, not trusting the silence.

But the ringing didn’t come back. It was like a miracle. Maybe it was a miracle.

People online, from both the left and the right, friends, people whose words I usually  trust, were mocking others for celebrating. Some people were saying that electing Biden wasn’t enough. They weren’t wrong. Others, specifically pastors and church leaders of mine, were chastising people for putting trust in a political party.

I don’t disagree with any of those groups of people. I get it. It’s not like we suddenly fixed the world by electing Joe Biden. We did not immediately remedy the conditions that led to children being separated from parents and locked in cages. The social media machinery that led to radicalizing people into right-wing extremists is still churning. The United States is still an indulgent, hyper-capitalist, militarized, colonizing nation. We did not fix systemic racism. Breonna Taylor, George Floyd, Ahmaud Arbery, Tony McDade, Dion Johnson are still dead, and tomorrow may well add another tragic name to that list because we haven’t fixed what caused their murders in the first place.

At best, we’re back at where we were, before Donald Trump came along — which was not a great place.

Still though: Something has happened to us in the last four years. Something happened to me when all I could hear was that ringing scream. The ringing turned me into a worse version of myself.

Donald Trump, and everyone who enabled him, made us all into worse versions of ourselves. Republican, Democrat, independent, conservative, progressive, people who didn’t even have the time to worry about it all, whoever; we were all trapped in his narcissistic black hole. Trump’s never-ending whine made it impossible to function as who we really are. Worse, his scream converted some of us into members of his cult, people who were (are?) mistakenly thinking his screaming was a swansong.

And so many of Trump’s actions or inactions have hurt and killed people.

But while there is a cult of Trump, there is no cult of Biden, not by any measurable definition. As someone who’s volunteered on Democratic campaigns since Obama, I don’t know anyone who thinks Biden is some kind of God Messiah in the way some people see Trump.

No. In fact, the things that put a huge smile on my face yesterday had very little to do with Biden. What made me smile on inauguration day, all day, was seeing women, especially Black women, emerge from the doors of the recently-insurrected capitol building and descend into the inauguration ceremony with grace and strength. It was seeing Bernie Sanders sit alone with his coat and Vermont-knit mittens and N95 mask, and then seeing the internet explode into a bazillion memes. It was seeing Garth Brooks in dad-blue-jeans and a 1990s sports coat and an old-fashioned cowboy hat breaking health protocols by hugging everyone after twanging out “Amazing Grace.” It was seeing and hearing the boom of fireworks while Katy Perry sang the same on-the-nose-song. And what made me smile most of all was me and my wife and daughters able to watch the blazing sun of Amanda Gorman rise, live in real time, from the horizon of the microphoned-podium. “Quiet isn’t always peace,” and “ there is always light, if only we’re brave enough to be it.” Goodness gracious. People will be talking about Ms. Gorman long after they stop talking about Mr. Biden.

What made me smile was not Joe Biden or a political party winning, or even Trump returning to Florida like a bully that no one wants to play with. It was seeing a ceremony that was not about the person it was about.

We forgot what that was like, didn’t we, to not have to think about  someone? To not hear the high-pitched whine of a man still so obviously desperate for the attention?

And the day after the inauguration? Compared to before Inauguration Day, things felt quiet. There was no screaming into the void.  No ringing in the ear. Things felt normal.

Of course, nothing is normal. Nothing ever was. But it was nice to be “normal,” such as it is, as much as it can be right now, such as normal is.

And in truth maybe things have changed. Maybe a little. Things changed for me after I got my hearing back. I don’t take that normal for granted. I now protect my hearing like the treasure it is. Sometimes, when it’s still, I find myself reaching out with my hearing, seeing how far off I can hear, or how many small sounds. Listening to everything is a kind of meditation, a moment I can dive into when I need it.  Which is to say: sometimes when we stop taking things for granted, it can change things, even a little.

This morning I woke up early, about 3AM. Couldn’t sleep. Paced the hallway for a while. Prayed a bit. Not so good at that. Peered out into the dark of the ravine near our house. Got into a macramé art rabbithole on Instagram. Felt guilty for looking at my phone.

Finally, around 6, I decided to make from-scratch buttermilk pancakes for my daughters before they woke up. I used to do things like that all the time. Not so much in the last few years.

So, this morning, while it was still dark, while I was hearing the rising lull of Atlanta traffic on the nearby interstate, the distant boom of of a plane taking off in the distance, the rise of a song from an early bird in the ravine, I made pancakes for my family before they woke. I savored hearing the sounds coming from inside our house as I made the pancakes: the swirl of a metal whisk on a glass bowl, the sizzle of butter in the skillet, the metal spatula scraping against the iron, the quiet slap of a pancake as it hits a warm plate.

But sometimes all we want, all we need, is the miracle of the mundane, the sound of it all, the sound of things we perhaps used to hear but haven’t, and we are again hearing them as if for the first time. Sometimes the most miraculous thing we can get from the universe is a return to what once was — even if one where we were wasn’t so great in the first place.

Sometimes the miracle is for the screaming to stop, and the silence to return, a silence quiet enough that we can think and breathe and pace the hallway and look at macramé art on our phones and pray for our friends for just a minute and stare out into the dark and watch the cat scurry off the couch and then we finally get up and make pancakes.

John Beeler lives in Atlanta, Georgia with his wife and three daughters, where he works as Label Director for Asthmatic Kitty Records. 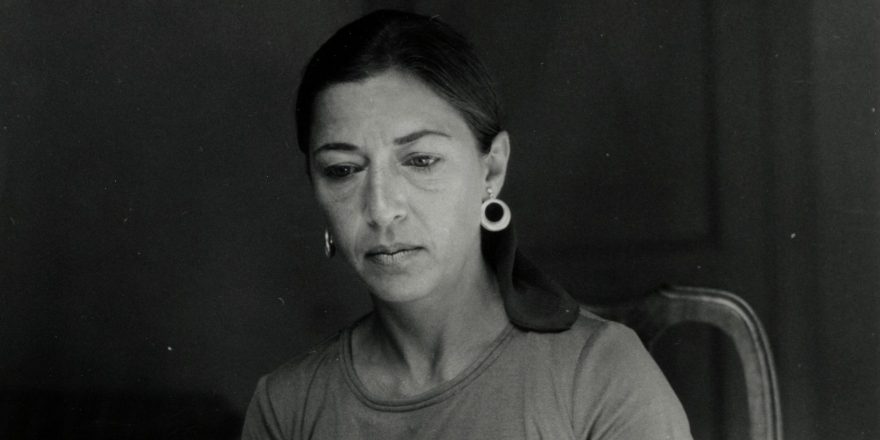 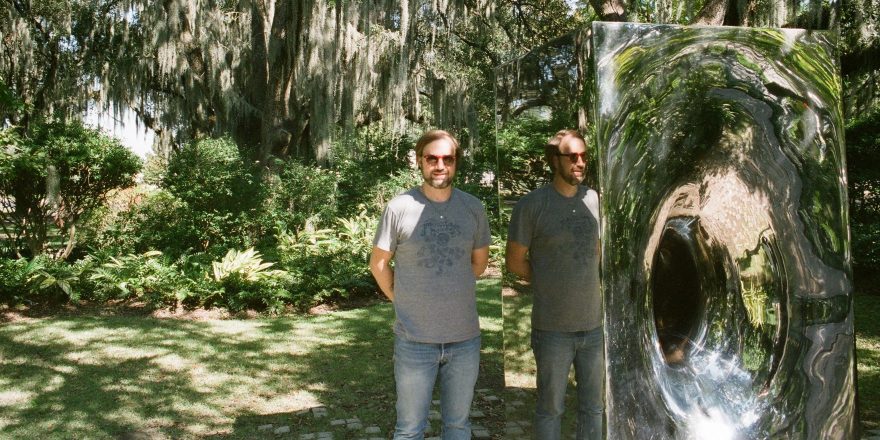 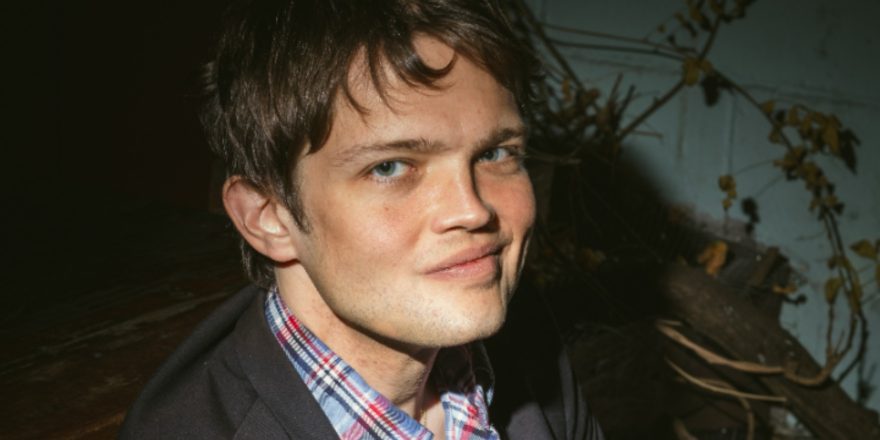