In 2022, we launched our first newsletter-exclusive series, One Great Thing — a weekly dispatch in which artists tell us all about one thing they’ve been really into lately. If you haven’t subscribed yet, you’ve been missing out on talks with artists like Pete Doherty, Ethel Cain, Dry Cleaning, The Dare, and so many more. Do you really wanna make the same mistake again in 2023? Right your wrong and subscribe now — the series will be back starting next week with a heavy-hitting lineup of artists (and more surprises along the way)! In the meantime, enjoy a few of our favorite contributions from last year.
— Annie Fell, Editor-in-chief, Talkhouse Music 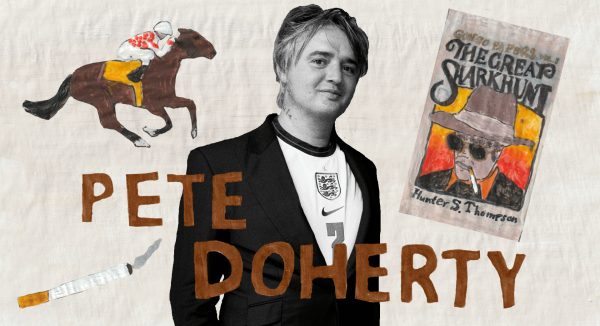 I’ve been reading a lot of Hunter S. Thomson recently. It’s a new phase. I’m quite interested in journalism as a whole, as a profession. People like George Orwell always fascinated me, people who were journalists, but also creative writers as well. But Hunter S. Thompson took it to a whole new level. He’s this really weird, tripped out fella…

It’s fascinating to read what he wrote about American politics in the 1970s. When he was talking about Nixon, and Nixon’s failed attempt to rule by corruption, he wrote something really interesting along the lines of, “One day, a talking shark is going to come around with all the right-sounding answers and manage to work the whole system a lot better than Nixon did.” Which is basically what Trump did. He was kind of a smooth-talking shark, and he ended up carving this strange political career born out of his status — I don’t even know what he was in America, a celebrity billionaire? He went from a reality show host to being the most powerful man in the country. It’s mad. It would be fascinating to know what Hunter S. Thompson would think of America today.

Ethel Cain on her dream home 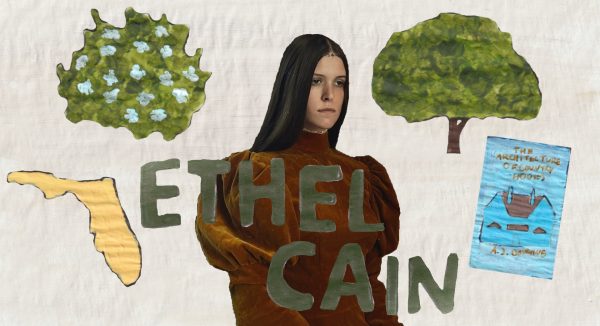 I have always been in love with old farmhouses, and I’ve been telling my friends a lot recently about how excited I am to build my own dream farmhouse.

Right now, I want a nice, big, beautiful white house with a full wraparound porch, and the banisters. It would be two stories with an attic bedroom — because I love attic bedrooms — and I want a turret with full 360-windows as a little reading nook. I want an open floor plan, all carpeted, with nice floral wallpaper. I want a couple bedrooms for if I ever have kids, and then a separate guest wing for all my friends, because I love to host. It would have gardenia bushes all the way around the house. I imagine there being an oak tree grove around it, so that there’s a nice shade. And it would definitely be somewhere in the Florida panhandle, because that’s where I grew up and it’s where I want to die… 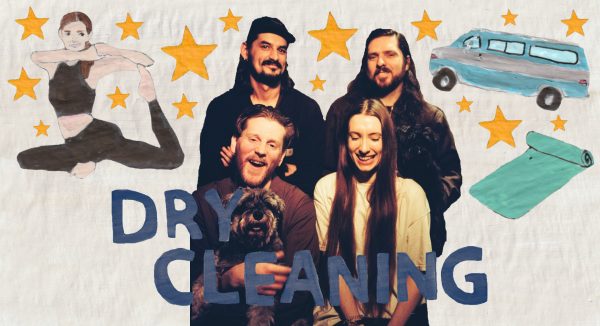 We’ve been touring a lot, so I’ve been getting up and doing yoga in the morning because I’ve got a bad back. I’ve been trying to find ways of staying relatively flexible — I’m 6’4”, so when we’re on tour I basically spend most of my time in uncomfortable seats… Then the way I play, I do tend to dance and move around quite a bit. Holding a guitar can be quite a heavy weight, so if you’re moving around with it like I do, it can easily wear and tear on your body. Also, I should mention that I’m 40, so I’ve got to start putting the effort in now.

We did a show in Ireland, and I was lifting something really heavy and just lifted it wrong, and my back went absolutely crazy… So I started doing the beginners videos on the Yoga with Adriene YouTube channel and have kept it up. It’s got a bit of a new age tack to it, but of all the different types of exercise I’ve been doing, it’s definitely one of the most accessible and useful. And the thing I like about Yoga with Adrienne is she doesn’t use a lot of jargon. I think everyone should do it — especially if they’re 40. 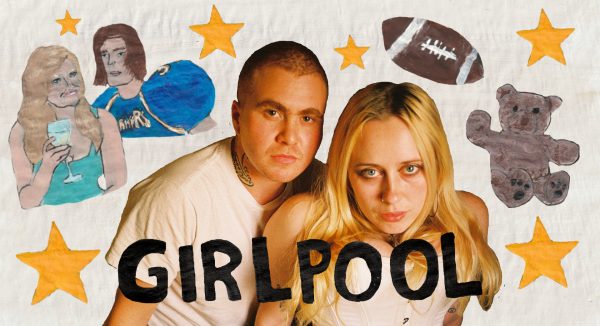 I know I’m very late in the game here, but I’ve been really into the show Friday Night Lights. It’s the opposite of how I grew up. I don’t know if it’s a healing experience I’m having watching it… It’s such a cliche high school story, that I feel like I always kind of romanticized and wished I’d had growing up — like being a man on a football team. It’s like some parallel universe fantasy thing…

I definitely think that if I had spent one day on that campus, I would pee in my pants. But when we were just in Austin for SXSW for a week, everyone in the band was calling me “Coach,” because we rented this huge SUV and I was driving it. So I got to live out the fantasy a little bit. 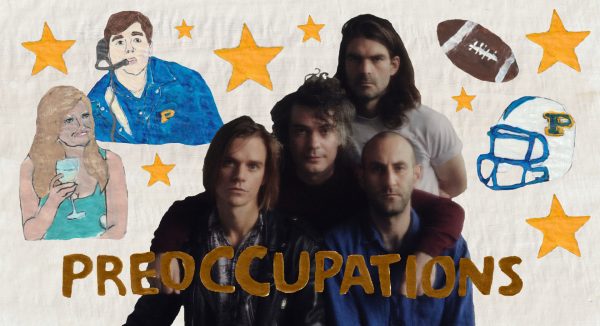 I’ve been so busy, so I’m into my downtime, but one of the main downtime things for me is Friday Night Lights. I’m on season five for the second time. I watched it for the first time during lockdown, and I’m redoing it because it’s just got that warm blanket effect. Nothing in particular drew me to it — that’s the thing, it’s about a high school football team in Texas, which I have zero interest in whatsoever. I’m not into football, and high school dramas I’ve never really been into… But I don’t know — I’m just sucked in. It’s kind of embarrassing; I don’t know if I should be talking about it.

Coach T is like my role model. He’s the most consistent. It’s small town Texas, so a lot of these kids are growing up kind of rough I guess, and he’s the only father figure a lot of them have. But he’s also got his own family life to contend with. And Connie Britton is great. She kind of keeps Coach in check. I just got married two weeks ago and I was like, “I wanna be the Coach T to your Tammy.” Those weren’t my official vows, but that’s who we strive to be.

The Dare on Texas Chainsaw Massacre 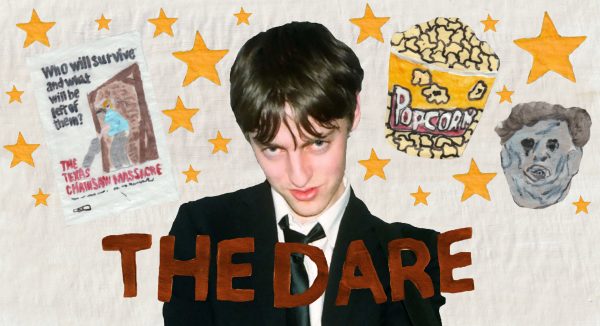 My generation’s understanding of horror films is heavily influenced by the popularity of allegory. Recent movies like The Babadook, It Follows, or Candyman directly inform the audience that the frightening monsters you see onscreen are representative of the mundane horrors we experience everyday. In my opinion, this robs many films of their interpretative ambiguity and often limits just how scary a film can be. The monsters which we do not understand are the most frightening.

Rather than explain itself, Tobe Hooper’s The Texas Chainsaw Massacre dazzles and terrifies the audience via gruesome violence, gorgeous cinematography, and visceral performances. It comments on the alienation of Franklin’s disability and the brutality of animal farming, but these are secondary to the psychedelic madness of Leatherface and his family’s killings…

I typically watch this movie on first dates. Basically, it’s a litmus test to see if someone is down to clown, what kind of art they like, and whether they think it’s funny or scary (it’s both). In many ways, TTCM embodies what I think good art ought to be. Every time I watch it — which is now nearing 10 times — I am reinvigorated and excited to make music. It’s all so low budget too — which further reminds one that they can make raw and exciting art with next to nothing. 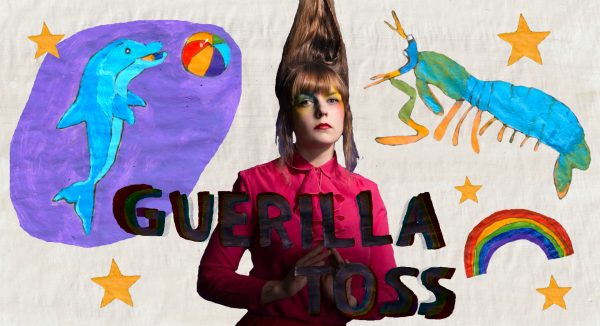 Probably the most interesting thing about [the mantis shrimp] isn’t the violent element of their nature (though that’s also kind of cool), but their sight. A mantis shrimp’s eyes can see a huge variety of light wavelengths, including those in the ultraviolet spectrum. They have six photoreceptors, so they can see not only what we can see, but also UV light, which is on the purple end of the spectrum — like the light that gives us sunburns or causes skin cancer… When I was asked by Talkhouse to speak about “one great thing,” I thought about picking something deep, like “the power of human healing,” but I just really wanted to talk about this mantis shrimp…

SASAMI on her grandma’s kimchi 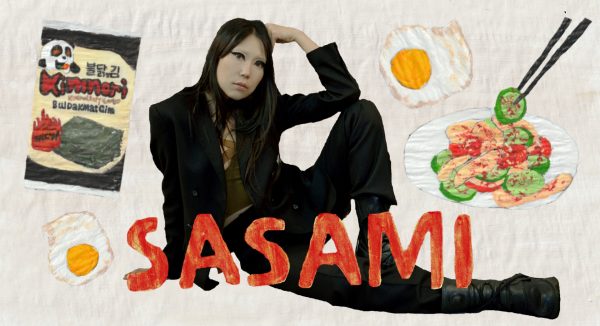 Something that I’m really into right now is kimchi. My grandma is Zainichi Korean, so she’s part of a diaspora of ethnic Koreans who were born and raised in Japan during the Japanese occupation of Korea. So she lived in Japan her whole life, but made kimchi and had a kimchi shop in Tokyo. She moved to the US six years ago and opened up a kimchi shop in Gardena, California. But then right before the pandemic, she was like, “Fuck America, I’m going to Korea.” She kind of scammed my mom into running her kimchi shop — and my mom had some work she had to do, so she scammed me into working the register at the kimchi shop today.

Naturally, the best perk of working here is I get a lot of free kimchi… I feel like traditional Korean kimchi is very fermented and very sour, but my grandma’s kimchi is a little more Japanese style. It’s made with dashi, which has seaweed and mushroom broth incorporated into it, and pears. It’s a little sweeter, and is ready to eat pretty quickly after being made. I’ve learned her recipe, because it’s a family heirloom basically, but I mostly just eat the kimchi that’s at the shop. It’s simply perfect… I have a song from my last album called “Morning Comes” and the music video is my grandma making the recipe — with a couple cheeky lies. But it’s pretty close to the recipe! So watch that for hot tips.

Mark Bowen (IDLES) on the supernatural 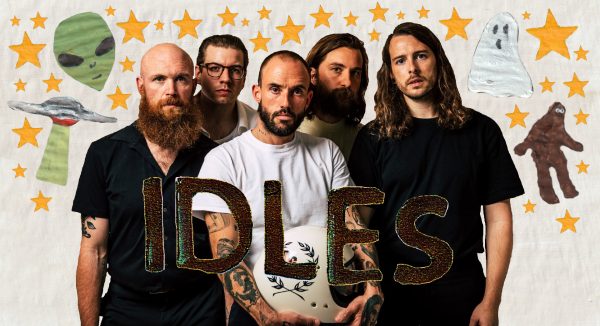 I’ve been really into spooky podcasts lately. There’s quite a few: There’s one called Lore; there’s one called Uncanny, which has spinoffs — the one at the minute is called The Witch Farm, about this haunting that happened in this house in Wales. But my favorite is one called Unexplained, which is where this guy Richard MacLean Smith looks into unexplained goings-on…

I like the idea that there are ghosts. I don’t think I believe in ghosts from an afterlife perspective, but I believe in energy — that you can stamp energy on a place, or that when someone goes through a very traumatic or highly emotive thing it can make some kind of electromagnetic stamp. Or a glitch in time, and that glitch will constantly repeat itself in the linear concept of time as we repeat it — and that’s why people see ghosts and stuff like that. That always interests me.

I’m not into woo-woo stuff — like alternative medicine and crystals and all that stuff. I’m willing to believe in it because I’m very open to the power of thought and the power of placebo, but I wouldn’t describe myself as an out-there, hippy-ish type person. But maybe I am, secretly.

The truth is out there, people.

Subscribe now and get the first One Great Thing of 2023 — featuring Hatchie — exclusively in your inbox next Monday morning. 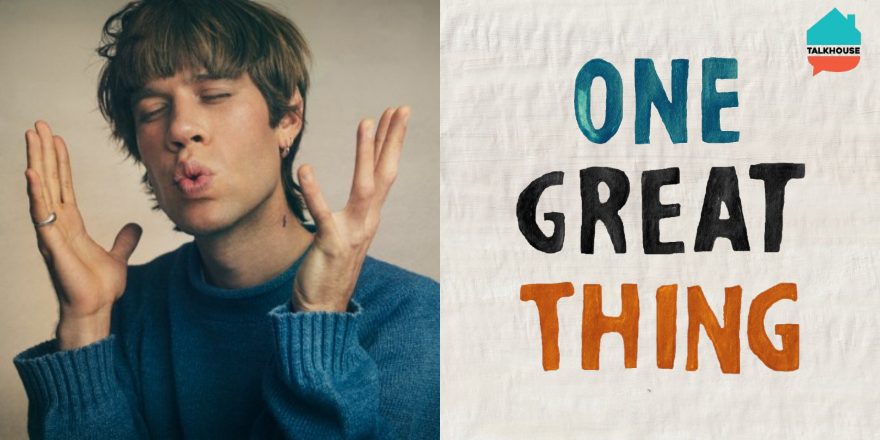 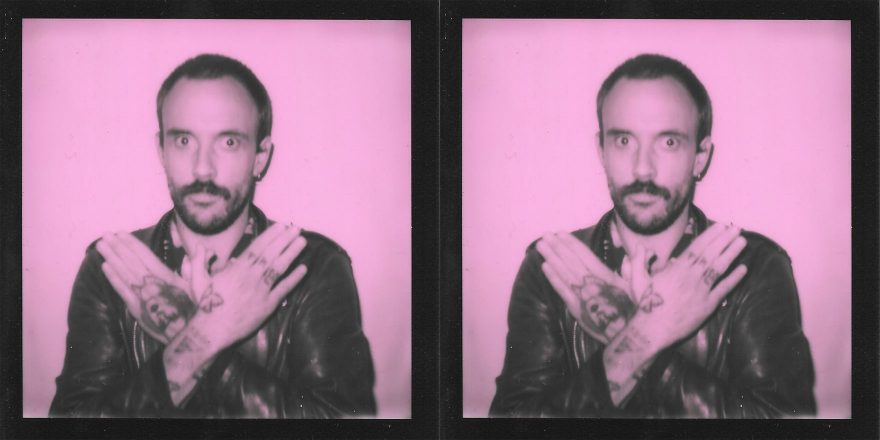 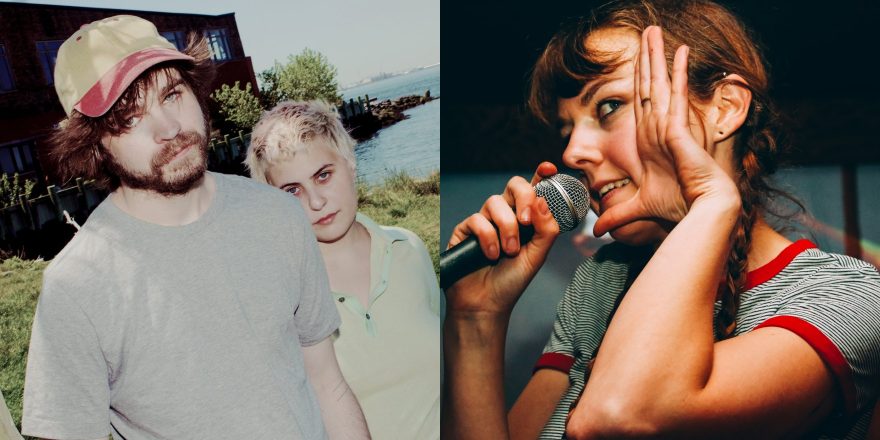 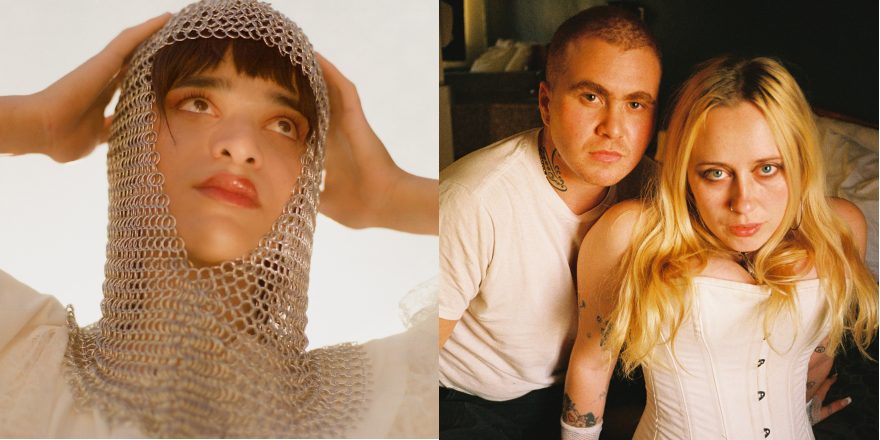 Fashion Club and Girlpool Feel Most Grounded at Target