Mekons are subjects of the fantastic 2014 documentary Revenge of the Mekons, which you can watch on Netflix, iTunes, and Amazon.

Deserted is the first formal studio album in eight years from the legendary folk-punk collective, Mekons. To celebrate its release and their upcoming tour, Jon Langford and Tom Greenhalgh broke the album down for us track-by-track.
— Annie Fell, Talkhouse Associate Editor

Jon Langford: We were out in the desert back in the early ‘90s — Mekons in a van driving through Monument Valley with John Ford and John Wayne going from somewhere to somewhere else. A red desert. We all got out of the van and instantly disappeared into the landscape never to be seen again until we had to get back in the van. I had the same feeling I get from the sea. There’s nothing there and it’s packed with stuff. Joshua Tree at night is a very different color desert. Somewhere you can lie flat on your back just off the beaten track and feel the spikes and burrs through your shirt as the massive wraparound Milky Way makes crazy new shapes in both its positive and negative spaces. Or you can follow a coyote down a narrowing canyon. “What the fuck do you two idiots want?” her mean eyes plead as she glares back over her shoulder with a yellow toothed sneer that’s always too uncute for domestication. Another time the seabed is rotated into a wall too steep to climb. Ancient footprints tippy toe into the sky. Tom Greenhalgh looks a bit like Peter O’Toole, so he’s a good person to see wandering in the desert.

Tom Greenhalgh: Rimbaud had the right idea, didn’t he? Fuck this poetry bollocks — I’m off! There’s got to be something more out there. So I went as far out there as I could. Out in the desert my beating heart was stilled. I moved on. Talking late into the night with Ras Makonnen, the governor of Harar province in Ethiopia, the father of Tafari Mäkonnen (later known as Emperor Haile Selassie I) in the silence of the night all poetry stopped. We start hearing things: the syncretic righteousness repeats of dub bouncing back and forth across the Atlantic, the tidal backwash of distorted time leaking out from Lee Perry’s broken Space Echo, crackling, breaking alpha beta gamma waves crashing across the silent seas of space.

“Into the Sun / the galaxy explodes”

Jon: Everything here makes you want to get up early. Sally and Susie are doing their exercises. Watch the sun slowly creep around the edge of the planet and poke you in the eyeball. No time for sleeping I’m afraid. Late nights scrabbling with lyrics, eating and drinking Big Wave and Gin, running round the fire with a rainstick. Sun up and there’s lots of photographs to take, fierce plants to ponder or in this case an urge to sneak into the studio and play a near forgotten drum track from Halifax 30-odd years ago. Steve slaps a more coherent beat on top but mine’s all out of time causing Dave and Lu hours of digital tweaking hell. The old snake charmer appears so we send up a flare. Rico twiddles on an unfamiliar instrument. Drink up, this sun will fry you!

Jon: When you try to sing a lyric back to someone on WhatsApp you have to hold a button down so there’s no way to play a guitar. Primitive 4G songwriting 101. Did we write this song? The universe is full of bits of lyrics speeding away from ancient black holes, fragments of tunes like ghosts crying in the wind can occasionally, accidentally get trapped in the continual software updates of the incessant digital mangling we are compelled to engage in. Dave hears a whisper that there may be songs with tunes and words on this album and is enthused. Gears shift in his massive brain.

Tom: “History, Stephen said, is a nightmare from which I am trying to awake.” With Sir Oswald Farage pub crawling through dusty deserts of broken northern towns where middle-aged blackleg white men, minds erased, forget they hated Thatcher, choking on their Euro-lager, vomiting up their self disgust spewing out rage while the slimy snake oil salesman conjures up a mirage of betrayal and humiliation. Now we’re all haunted by a future that’s stolen from us. For soon this desert will be nothing but a stagnant sea. Alien map-makers will mark in their alien language: “Here be Monsters.”

Jon: We first went to Berlin in 1980 and it made a huge impression. Too late for Dave and Iggy perhaps, but we could and would still wonder. This time round the walls come down, East is not the East and we end up in a monstrous airport lounge of a hotel bar because we can’t find our way back to the Berlin we half remember. Can you really buy sand in Vending Machines here? Could you ever? Iggy says you can. Grains of sand like stars can fill a universe or be moulded into a tubby little castle with turrets that is flattened by the tide. It’s September 2016 and all sorts of tides are rising, deserts spreading.

Tom: In Germany in 1883 Louis Kuhne published a book called The New Science Of Healing, which influenced a lot of young people. Soon a huge youth movement both anti-bourgeois and pagan in character spread to all parts of Germany. Part hobo and part medieval, they pooled their money. Both sexes swam naked together in the lakes and rivers and in their hometowns they established “nests” and “anti-homes,” sometimes in ruined castles where they met to play mandolins and guitars. Between 1895 and 1914 they left Germany to avoid military service, and went west as far as they could go, found a place to live on Cahuilla Indian land, with permission from the local tribe who had great admiration for them. Time passes, under the California sunshine Jon is feasting on raw fruits, playing guitar, naked save for his turquoise beads. Around him the nature girls and boys perform their ritual dance.

Jon: We’re no hermits. We haven’t come here to get our heads together in the countryside. We have not come here without preconceived ideas. We have come here with very little prepared. We are in the middle of a tour and paying for this ourselves so we only have ourselves to blame. This place scours you. Instant focus on tiny things that make total sense as the madness rumbles beyond the far horizon. Borrow deep and weaponize. Wait for the rain to come. Fetch me my red waistcoat so the crew shall not see me bleed! Fetch me my brown corduroy trousers…

Mekons are subjects of the fantastic 2014 documentary Revenge of the Mekons, which you can watch on Netflix, iTunes, and Amazon. 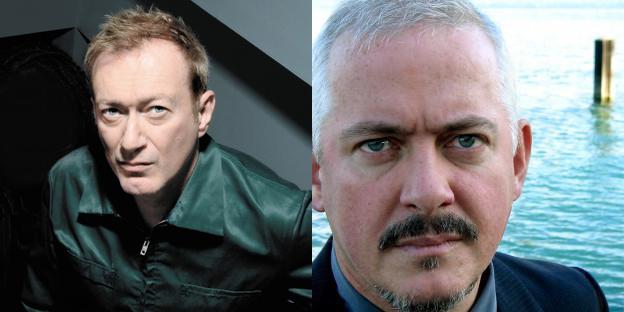 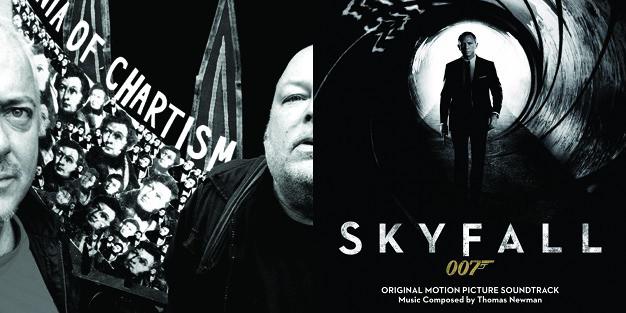