The marvelous British actor Alfred Molina is ingenious at creating demonic characters: his Rashad Jackson, the drug lord in Boogie Nights who invented the “awesome mixtape” (later taken to billion-dollar heights by James Gunn in Guardians of the Galaxy), is the very picture of smiling, ingratiating danger. But Molina was at his most inspired as a flabbergastingly abject picture of himself in Jim Jarmusch’s Coffee and Cigarettes, and he really soars as the sad-sack director at the heart of Ryan Murphy’s recent miniseries Feud: Bette and Joan. Pulled in by an aging former star — and lover — of his, Joan Crawford, Molina’s director signs on to What Ever Happened to Baby Jane? reluctantly when he realizes that a warring Joan and Bette Davis will be acting under his baton. He convinces himself — correctly — that the immense box-office triumph of Hitchcock’s Psycho augurs well for his B movie, and he signs on. The Faustian nightmare of it all is that the studio head, Jack Warner (played by a surprisingly hard-edged Stanley Tucci), demands that he turn Bette and Joan against each other. “Pure rancor, I love it!” Warner yells, and demands more manipulation. Molina sighs and squares his shoulder; a shlepper in hell. So far, so good — except that Feud’s picture of a bedraggled, yeoman director goes by the name of Baby Jane’s real-life auteur — Robert Aldrich.

Will Feud bring the youth of America back to the movies of Bette and Joan and even, perhaps, Robert Aldrich? I think it will. I’ve heard kids drop the names of the feuding actresses in conversation and I know that a recent L.A. screening of Baby Jane sold out — and those seats were no doubt filled by viewers younger than TCM codgers. When a new generation of film lovers encounter Aldrich, however, I think they are going to be surprised to find the work of someone other than the “journeyman” Tucci hollers at and demeans in Feud. Aldrich no doubt had his commercial crosses to bear — indeed, he followed up Baby Jane with the Sinatra western 4 for Texas, leaving not a trace of his directorial signature. I hope curious viewers poke into Aldrich’s filmography, because I think they’ll find a lot of surprises in store. The directorial personality of Robert Aldrich was not that of the harried floor manager but rather of a schizophrenic at a high state of inflammation. In brief, Aldrich was a 100 mph collision of the personality of a cigar-chomping high-school football coach with that of an Abbie Hoffman-like Yippie. A close family relation to Nelson Rockefeller, Aldrich was born into, understood and embodied the American Establishment. At the same time, his strongest movies are freakily anti-Establishment — sometimes to a shrieking peak of total nihilism. Probably the movie most generally cited to show Aldrich’s auteurism is Kiss Me Deadly, a seemingly routine and straightforward expression of Mickey Spillane’s two-fisted, nail-spitting, woman-hating sensibility. But the Mike Hammer character (played in a series of small smiles that unfold into icy sneers by Ralph Meeker) moves from being lovably gruff to terrifyingly sociopathic in less than an hour’s time; by which moment we find ourselves enveloped by a worse psychosis — the Atomic Age. The movie’s central prop, an overdetermined briefcase, is popped open in the last scenes where it gives a horrible, raspy, eternally female sigh — the sound of Pandora opening her legs. In the final moments, the picture hopscotches from the lurid to the apocalyptic, moving from the grindhouse to Armageddon.

As Andrew Sarris once noted, the titles of Aldrich movies constantly evoke the trumpets heralding the end of days: The Last Sunset, Sodom and Gomorrah, World for Ransom, Ten Seconds to Hell and Twilight’s Last Gleaming. The last of those was the first Aldrich picture I saw as a kid; an absolutely astonishing — and astonishingly bleak — picture about an American general (Burt Lancaster) who hijacks America’s missile silos and tells the hapless President (Charles Durning, giving a performance very similar to Molina’s in Feud) that he’ll drop the big one if POTUS doesn’t tell the awful truth about why there was a Vietnam War. Scored to a scarily stark Billy Preston rendition of “My Country, ‘Tis of Thee” — evoking Jimi Hendrix’s “Star-Spangled Banner,” but grimmer — Twilight’s Last Gleaming plays out in a series of tense, talky scenes punctuated by action set-pieces that often split the screen in two or even three segments: Aldrich makes the seeming dynamism of the simultaneous images underscore the futility and fatality of the rebel heroes’ actions. Twilight ends on an unusually harrowing note of despair — what is supposedly de rigueur for “that kind of ’70s movie,” but which is much more shocking here than in, say, The Parallax View. Why? Because Aldrich was a convincing square. He could convince you that you were watching “a normal movie” until, suddenly, it wasn’t.

Did Aldrich grind out his share of sausage? Sure. Try watching his last feature, a girl-roller-derby comedy called …All the Marbles. (For nearly 40 years, that dot-dot-dot in the title has puzzled me.) But there’s a keen, vivid intelligence in even Aldrich’s programmers, and Ryan Murphy, maybe thinking it was off-topic (it wasn’t — it’s right on the spine of the topic), makes Aldrich no more than a saggy-bellied dog thrown into the deep end of the Bel Air swimming pool. He’s paddling for daylight — and What Ever Happened to Baby Jane? is depicted as no more than the product of paddling. But the reason we remember Baby Jane, and the reason it plays so well with contemporary audiences, is that Aldrich walked a delicate line movies had scarcely walked before. Billy Wilder’s Sunset Boulevard is the only picture to have pulled off a similar alchemy — shuttling between grotesquerie and pathos.

We are aware throughout Baby Jane of Bette Davis’ and Joan Crawford’s personas — their “star texts,” as the current dreadful academic jargon has it — and their filmographies. We’re also aware that their iconography does and does not fit the scaffolding of monstrous, lost-in-the-past persecutor Jane and suffering-to-a-fault Blanche. The Jane who caterwauls, “But-cha AH, Blanche, ya AH!” is the Bette that enraptured Edward Albee (and his heroine Martha, also later a camp idol) with “What a DUMP!” To be sure, that look of pinched, anguished dignity that seems to pin Blanche to her wheelchair is quintessentially Crawfordesque. But the radical, Aldrich element of Baby Jane … I sigh to call it “postmodern” … is that we are aware of those connections in a winking way, yet Jane is terrifying and Blanche’s fate is harrowing. We are aware of the movie as a joke on the actresses’ past and their fate as aging women. And yet, the grotesque, cartoonish masks they are wearing are truly evocative of those Aristotelian concepts; Fear and Pity.

Aldrich, so easily misunderstood as a shop foreman, played a highly sophisticated game. He followed up his biggest hit, the uber-macho The Dirty Dozen, with the lesbian folie à deux The Killing of Sister George — a movie that was hugely underrated in its day because … well, what could a meatball like Robert Aldrich be doing with lesbians? (Today, the picture looks like something that could’ve come out of Joseph Losey’s or Fassbinder’s dream factory.) And there is a strange doubleness, an alterity, in even his seemingly straightforward movies — like the beery cop-bro comedy The Choirboys, which unspools its derangement in time-released doses. Aldrich did know how to serve up the goods, but he also knew how to trip up our expectations — his movies demand that now almost defunct word, subversive. Anyone bewitched by Feud’s mordant blend of camp hysteria and melancholy would do well to plunge into Aldrich’s terrifyingly diverse body of work. 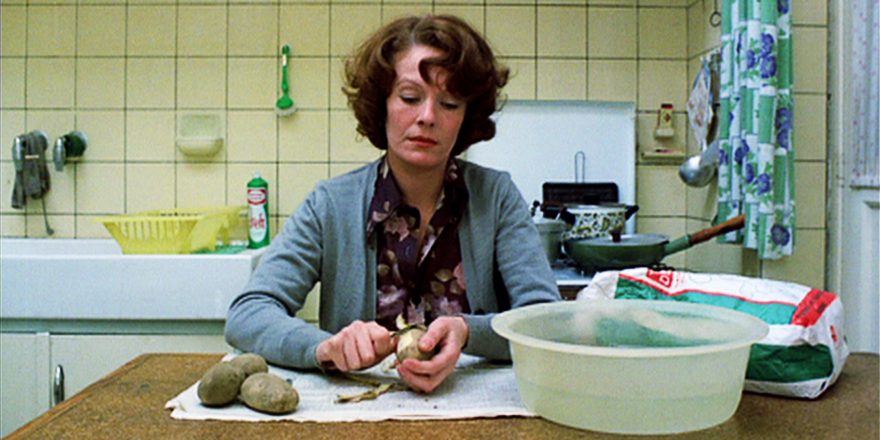 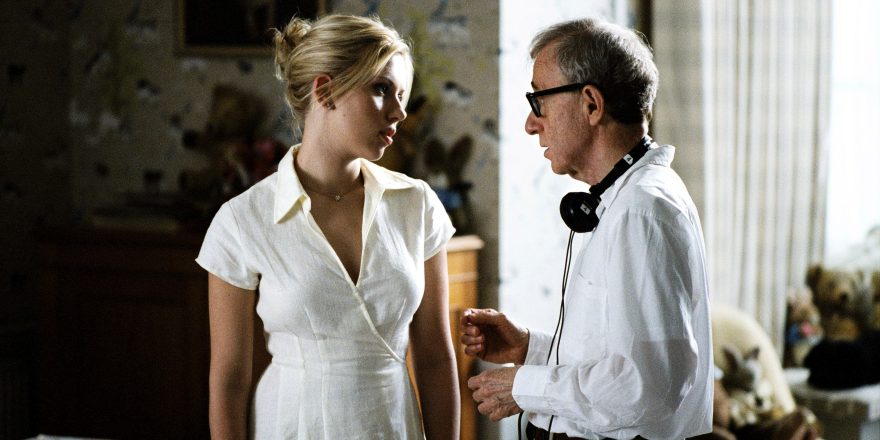 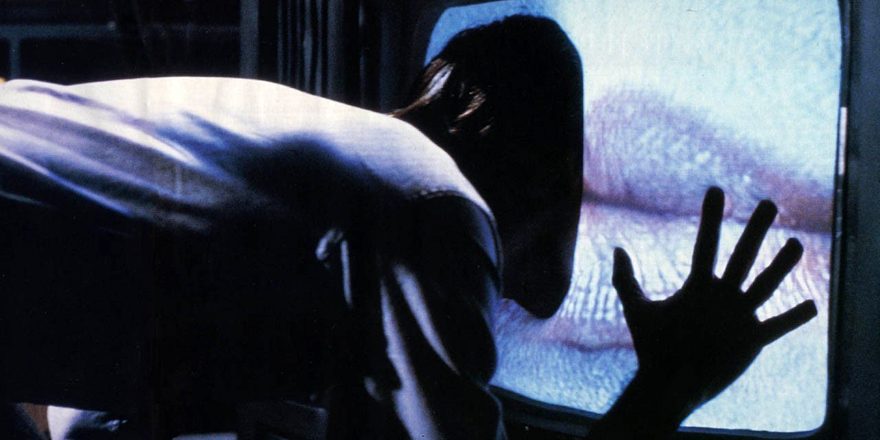 The Movies-Versus-TV Debate Is Over: It’s All One Stream Now 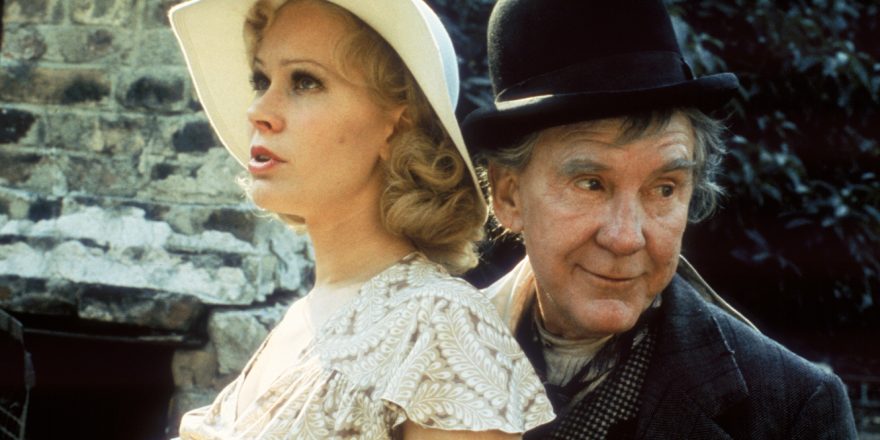 Bruce LaBruce’s Academy of the Underrated: The Day of the Locust