It’s not easy to be an aging misanthrope. But plenty manage it. Walking the fine line between world-weary charming and being a bore is the trick. You might go to bed Donald Fagen, embittered, sure, but still wryly seductive, and wake up a liberal arts college professor writing Slate pitches about being afraid of your students. Treacherous waters these, with both sides of H. L. Mencken on either shore.

Of course, many bands full of aging misanthropes are made up of members who were plenty prickly in their better-toned youths. The Pre New is made up of members of Earl Brutus, one of those ’90s bands that were most beloved by those who liked punk’s venom but didn’t actually like punk. Though I loved punk, if I’d heard Earl Brutus then, I would have loved them. It’s pure chance that Fatima Mansions were my “smart, angry mid-tempo rockers” band of choice. Blame the cutout bin at Tower Records.

My fellow Talkhouser (I won’t call him a peer, as he’s made records that have meant the world to thousands while I have, as of yet, not) Luke Haines has recently spoken on a new wave of English angry no-longer-young men in which he included FFS, Sleaford Mods, and the Pre New. While being a genuine fan of all these bands, I’m slightly wary of the “movement,” as some of the online fawning has had a decidedly conservative undertone. Not in the “I miss Thatcher” sense, but more in the “these bands that borrow heavily from English rock traditions of the last forty years are the real rock, man, like the Alarm!” sense. A far cry from joining the National Front for sure, but pernicious and dull all the same. There’s a fine line between “modern life is rubbish” and “Miley Cyrus/hip-hop/actual young people sux.” I happen to, if not like contemporary pop music, get that teens are going to teen, and God bless them for it.

It should be noted that this is not at all the fault of the aforementioned bands, each clearly being deeply indebted to dance music of multiple eras, but rather my own distrust of any accolades that are based on the “authenticity” of said art. The pop-versus-rock binary is a fool’s paradise. And I’m always going to prefer Donna Summer (slightly) to Mark E. Smith, even if that means there’s some Real Housewives perpetually on the psychic radar.

The Pre New, my griping about a world they never asked for aside, is a fucking terrific band. The Pre New are ferocious and ferociously intelligent. Such a statement is often not exactly high praise in rock & roll music, but singer Jim Fry’s quotation in the Quietus that “The Pre-New is about feeling sorry for the Star Wars generation. They get excited about and nostalgic about Star Wars and not the actual moon landings” is going on my tombstone. They hate Banksy as much as I hate the Banksy fake Twitter account. How could I not love this band?

The Pre New’s latest album is called The Male Eunuch. One easy/lazy sonic reference point, if you don’t have one of those fancy computers that allows you to listen to music and thus render me (more) irrelevant, is full-disco-mode Pulp covering Slade. Or vice-versa. Think Pulp’s song “We Are the Boyz” from the Velvet Goldmine (1998) soundtrack, but meaner and hornier. Or at least that’s some of the album. As a whole, it’s a cornucopia of skilled (again, sometimes an insult or faint praise, but not in this case) new wave hard rock & roll music. There’s the proto-metal grunt of “Middle Class Heavy Metal on Antidepressants” immediately followed by “Janet vs. John” (which is presumably not a reference to the endless pop vs. rock struggle between those who swear by John Lennon and those who align themselves fully with Janet Jackson…but it could be), and the disparate sounds flow together seamlessly. Perhaps it’s the venom that holds it together. Lyrically, The Male Eunuch as a record is the logical conclusion of Gang of Four usurped by 30 years of English neo-liberalism; smart, resigned, impotent and raging against culture and biology and whatever the kids have got.

When I first heard “Photographed,” the Pre New’s perhaps-tribute to Ruth’s minimal synth classic Polaroïd/Roman/Photo, I assumed it was an old man’s invective against selfies and the young bodies attached. But I was wrong. It certainly seems ambivalent about every-damn-body’s need to document every breathing moment, but to write it off purely as an aged’s jeremiad against society gone shallow is to not give it enough credit. “You should try everything/but I wouldn’t/anything could happen ’round here/but it doesn’t” is a complaint as timeless as “(I Can’t Get No) Satisfaction” and “No Time to Be 21.” It’s angry and resigned pop music at its best. The Pre New are dissatisfied with the 21st century, sure, but, the occasional eyebrow-raising line about “overpaid funksters” (from the title track) aside, it’s more existential gripe than ahistorical grump.

The Male Eunuch is caustic but not “witty.” At this juncture in history, “wit” has become all too often interchangeable with “something untrue or unkind I don’t mean completely.” Little of this album is arch. The Pre New don’t deal in obtuse feelings, but they also avoid, despite their avowed love of Pet Shop Boys, any obfuscation by distance. Having an expansive vocabulary has never (necessarily) ruled out directness. So God bless the feelings-repressed and anger-barely-suppressed, (somewhat) bookish (r)aging men of the Pre New. All those disappointments and societal failures, combined with a healthy collection of Roxy Music and old Mute Records LPs, has resulted in an album of streamlined joyous contempt, backed by sounds both old and new, ageless and fresh; the punk, the post-punk, the Brit-pop, the glam-rock and, fuck it, even the blessed DJ. The Pre New are the sort of righteous and prickly intellectual malcontents that would be, like, third against the wall after the revolution. And that, my nerds, is a compliment. 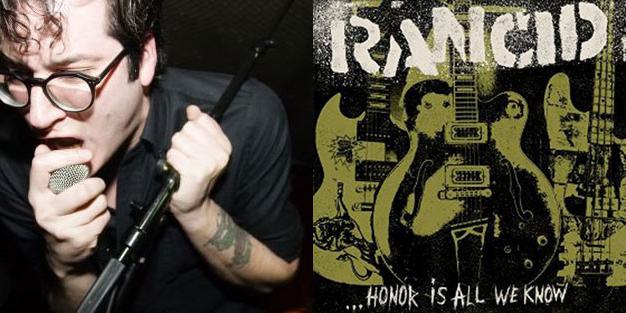