Kogonada is a proud immigrant, born in Seoul and raised in the Midwest. He has been noted by Filmmaker magazine (25 New Faces of Independent Film) and the New Yorker for his visual work and film criticism commissioned by the Criterion Collection and Sight & Sound. He currently resides in Nashville with his wife and two sons. His directorial feature debut, Columbus, starring John Cho and Haley Lu Richardson, is in theaters from August 4.

You wondered if our belief in the afterlife reflected our taste in movies.

I asked you to explain.

You talked about heroes and villains, rewards and punishments, about the conflation of heaven and fairy tale endings, about far away kingdoms and living happily ever after. And I said to you, with the residue of some former faith, probably not, that it was more complicated, which was always my default. I remember the look of indifference in your eyes, and I knew then that I had lost you.

You brought up Koreeda’s film and asked me what I thought about his depiction of the afterlife. You wondered why it was so ordinary, so much like everyday life. And I told you that I hadn’t seen it yet, but that it was in my queue, and you mocked me, as if having something in my queue made my omission less criminal. You were tired of people telling you about films in their queue as if the queue was some sort of collection to be proud of, films you probably would never see but wanted to be associated with.

We watched the film the following day, and I, too, was struck by its everydayness: a waiting room for the dead, interviews, band rehearsals, tea, failing electricity. I questioned if the film was even about the afterlife, and you smiled. You told me that Koreeda didn’t believe in life after death, but only in life itself. I didn’t know if this was just your opinion, but later found out that you had read it somewhere.

You explained that the original title was Wonderful Life, which you felt was more appropriate. I told you that I preferred the English title. You rolled your eyes. I explained that I liked the word “after” because it had a double meaning. It marked time, but it could also be used to describe the pursuit of something.

“You know, to go after something,” I said. “To pursue life.”

You pondered and smiled, and I felt worthwhile.

We talked about how this film was really about filmmaking, and how it belonged in that discussion. We talked about Fellini’s 8 1/2, Godard’s Contempt, and Truffaut’s Day for Night. You talked about Irma Vep, which I hadn’t seen, but nodded as if I did. I said something about the French and reflexivity so as to distract you from asking me anything specific.

The next day we watched all of Koreeda’s other films. We started in the morning and didn’t finish until midnight. It was a blur, a trance. A widow. A doll. A samurai. We fell asleep once. Trains. A pink suitcase. We cried at different times.

You said this and that, and I replied it was more complica– and you didn’t let me finish. His films offered us this world, this world, which is always passing before us, and it mattered for us to see it, to savor it.

Then time passed, and I lost you for good, and this moment became a memory to be recreated in words, as if it were all true, as if it had actually happened and was not just a way to express my love for the conversation of cinema and Hirokazu.

And this begets that….

As I was working on the video essay for Sight & Sound, I kept hearing this imagined conversation. Sometimes when working on a project, my mind drifts to some other space or form of the thing I’m trying to process. Often this will build until I feel the need to write out whatever fragmentary impulse I’m having. Almost always this exercise is just for me. To exorcise. Or gain another perspective.

Kogonada is a proud immigrant, born in Seoul and raised in the Midwest. He has been noted by Filmmaker magazine (25 New Faces of Independent Film) and the New Yorker for his visual work and film criticism commissioned by the Criterion Collection and Sight & Sound. He currently resides in Nashville with his wife and two sons. His directorial feature debut, Columbus, starring John Cho and Haley Lu Richardson, is in theaters from August 4. 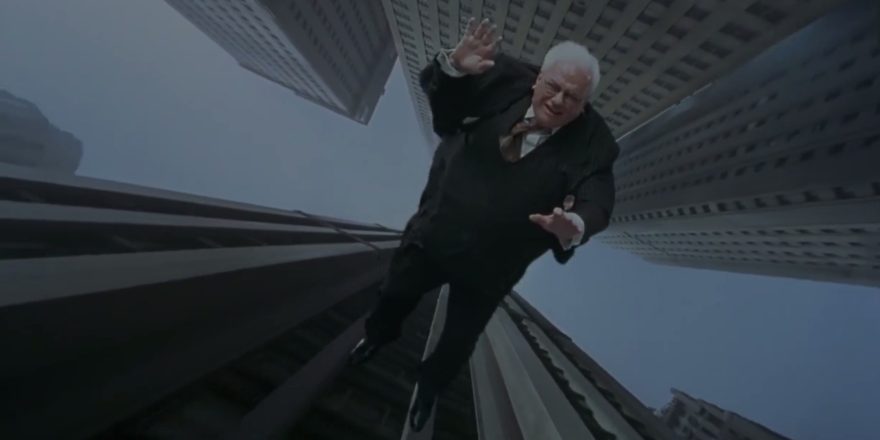