I, Thor Harris, am not an activist. This is no time for any of us to wait and see what happens. I am a percussionist and multi-instrumentalist. I play with Thor & Friends, Swans, Ben Frost, Bill Callahan, Adam Torres, Shearwater, Amanda Palmer, and others. I write bossy lists such as “How to Tour in a Band or Whatever” and “How to Live Like a King on Very Little.” I also talk openly about depression. I’m pretty good at Twitter.

Republicans want to take health insurance away from middle- and low-income folks to give tax cuts to the one percent. They want to take Medicaid coverage away from the elderly. This would mean throwing people out of nursing homes. Does anyone have a problem with that? Right! You should!

Here are some fucking facts. Amy will fact-check these, so you can use them with confidence as you are shouting down your Republican asshole uncle:

1) Not having a health care system is more dangerous for everyone.

B) It costs most taxpayers more than having one does, especially non-wealthy ones. We know this because all other industrialized nations have one.

3) Prevention is more effective than cure. This means: Waiting to treat many medical conditions until you are really sick, because you can’t afford care, might kill you.

D) Obamacare is not on the brink of implosion.

5) Mitch McConnell and 12 other old white dudes wrote the latest of the three drafts of Trumpcare in private, with only the desires of their billionaire donors in mind.

Here is my health insurance story: In 1992, I had health insurance. Price was about $200 a month (a lot). I was 27. I was stricken with crushing, horrifying, paralyzing clinical depression. My insurance policy was written with such cunning deceit that my insurance company did not have to help me at all. Their clause on mental illness was, “We will pay up to $5,000 for psychiatric care, but only if you are hospitalized. Outpatient care, you get nothing.” Turns out $5,000, then and now, will pay for a couple days in a mental hospital. Then what? You’re fucked.

So there I was: suicidal, terrified, and in need of psychiatric help. Fortunately, I had saved up $10,000 working at a bike shop. I could live with my sister and give my money to these psychiatrists to hopefully make me better. That’s what I did—I paid out of pocket for psychiatric care on a bike mechanic’s pay, saved for a rainy day that was more like the better part of a year. (It turns out psychiatrists make a good bit more money than bike mechanics do.) Then and there, I cancelled my health insurance and went uninsured until just a few years ago. I was not going to continue to pay into a company (not a system) who would do all they could not to help me when I needed help. This policy was written in the lawless vacuum that the Republicans call “the free market.” This was predatory health insurance. This was the meanest parts of capitalism.

In Austin, we have an organization called Health Alliance for Austin Musicians. It was around before Obamacare. Before the Affordable Care Act was passed, it was essentially health insurance in Austin, only for free. No one could believe such a thing existed in America. They are still around, only now, they work with Obamacare to get musicians actual insurance. I reentered the world of health insurance because the people at HAAM helped me navigate the marketplace and buy a policy. If any of the Republican plans pass, I will go back to being uninsured and pay out of pocket for whatever I need, which usually isn’t much . I am still young and healthy at 52. Getting my happy pills refilled every three months does not cost much. Not everyone is so lucky.

It takes faith in one another to invest in a system to help everyone. Paying taxes is patriotic, an investment in our society. If Republicans don’t want to help by supporting the systems upon which all of us rely, they can hire clever accountants to help them cheat their fellow women, men, and children. I will never have kids , but happily pay for good public schools so that my neighbors don’t grow up to vote for people like Trump. I would happily pay into a single-payer nonprofit system to protect my fellow Americans from being ruined by catastrophic medical expenses, the number-one cause of bankruptcy in America. (Isn’t it funny how living in this kind of fear probably increases our odds of getting cancer?) Guess when most European countries set up universal single payer health care systems? 1915! Yes, that’s right—we in the home of the free and the brave are 102 years behind on this good idea that works! In Europe, lead paint was made illegal in the 1930s. America kept poisoning children with that shit ’til 1978! See a pattern here?

Why would anyone not want to pay into a nonprofit system ? Well, the Republicans have told Americans for decades that poor people are just lazy and bad with money, and that’s why they can’t afford things like insurance policies. They are capitalizing on man’s inhumanity to man. The free market cannot be trusted with medical care. The free market has no compassion. The free market cares not if grandma is comfortable. The free market has one dimension: profit. Nothing else matters. There are few truly evil people in the world, but the shareholder’s greed is absolutely evil always.

The U.S. government was created to keep us poor folks from storming the mansions of the rich to pilfer. The Bill of Rights was written to protect us from the draconian laws that the rich wanted imposed on us. Today’s Republicans work for the owners of said mansions. They HATE the Bill of Rights. They hate civil rights, too. They hide their contempt for such heroes as Martin Luther King , Cesar Chavez , Mother Jones, and Bernie Sanders . These people spoke truth to power. These people said “unionize!” Unions brought us weekends and overtime pay. Did they wreck the American economy? Hell no! Neither would single-payer health care.

These cowardly people—Mitch McConnell, Donald Trump, Ted Cruz, and the rest of the Republican Party—are banking on our lowest impulses. They know Americans can be turned against other Americans.

I, Thor Harris, am not an activist. This is no time for any of us to wait and see what happens. I am a percussionist and multi-instrumentalist. I play with Thor & Friends, Swans, Ben Frost, Bill Callahan, Adam Torres, Shearwater, Amanda Palmer, and others. I write bossy lists such as “How to Tour in a Band or Whatever” and “How to Live Like a King on Very Little.” I also talk openly about depression. I’m pretty good at Twitter. 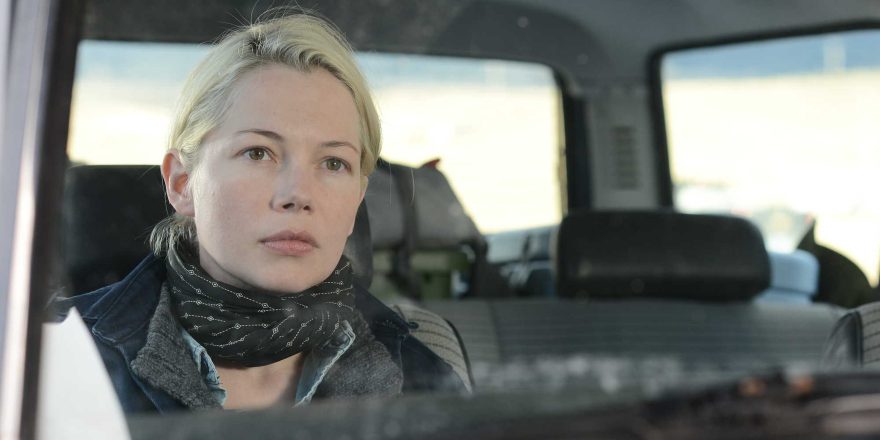 Kelly Reichardt and Humanism as a Political Statement