Nicholas Jarecki is a best-selling author, screenwriter and award-winning director who has produced five films. Crisis, his second picture as writer-director, is out now. A thriller about the opioid crisis, it stars Gary Oldman, Armie Hammer, Evangeline Lilly, Greg Kinnear and Michelle Rodriguez. His previous movie, Arbitrage, was made for $13 million and went on to gross more than $52 million in international theatrical and simultaneous video on demand rentals, making it the highest-grossing day-and-date independent film in cinema history. Arbitrage received many accolades and earned a Best Actor nomination for its star Richard Gere at the Golden Globes®. The National Board of Review named it one of its Top 10 Independent Films of 2012.

I grew up in the 1980s and was a movie addict as a child. I watched all the popular pictures of the day, like Back to the Future and The Goonies, but I remember there came a point when I was about 15 when my mother said to me, “Here’s a movie you should look at …” And it was The Godfather. I said, “I don’t want to watch a black-and-white movie,” and she said, “Listen, no son of mine can be this stupid. You’re going to watch The Godfather now.”

I did. And then I watched it again. And then again. It was something completely new to me – a whole world of film that I didn’t know even existed. At the same time, my dad gave me Sidney Lumet’s wonderful autobiography, Making Movies. Lumet was a filmmaker working on a large scale, with wide distribution, and really consistently addressing the issues of the day. I went on this big Sidney Lumet jag and watched Dog Day Afternoon, 12 Angry Men, Serpico and Prince of the City. And then I started looking at Scorsese’s work – After Hours and Taxi Driver – and the films of Alan J. Pakula and William Friedkin (and later Kathryn Bigelow), who were also making films on the theme of societal dysfunction. These were filmmakers who told personal stories, but which were placed in a larger context of society. And a lot of them took place in New York, where I was growing up.

In the ’70s and early ’80s, Hollywood had a great interest in producing personal films which also had genre elements, whether they were undercover cop thrillers or bank robbery tales. What I love so much about those films of the ’70s – and also about some of the great American independent films of the ’90s – is that they deal with extreme characters, with people who were really on the edge, like Pacino in Dog Day Afternoon. These films also look at the context of these extreme characters and, instead of laying the issue solely on their shoulders, examine how these (anti-)heroes reached their crisis points, and the role of society in creating them. They’re great and moving films, and they’re a lot of fun to watch.

Right around this time, I got lucky and landed my first job on a movie. It came about because I was a computer hacker, just for fun, in the infancy of the Internet revolution. I was a nerd who’d stay up late, learning the ins and outs of UNIX shell scripting, and I got involved with the computer hacking subculture, which was all about exploration and counterculture, and a general underground mentality.

I was at a 2600 computer hacking meeting at the Citicorp Center in Manhattan one day when in walked Angelina Jolie, Jonny Lee Miller and Iain Softley, who were making their film Hackers. They wanted someone to teach them about hacking, and who knows why, but they hired me as a technical advisor, and through that experience I got to see how a film was put together. What I liked about Hackers was that it showed the hacker as rebel, as opposed to an evil villain stealing your credit card details. The hacker was an anti-hero in the context of a corrupt capitalist system run amok. That hacker ethos aligned with what I’d seen in the ’70s films. They were always saying, “Let’s not blame these guys, let’s look at how we got here.”

I’ve made five films in total, two of them narrative features which I’ve written and directed: Arbitrage and Crisis. Arbitrage looks at corruption from the top. It’s about a billionaire whose world is collapsing. As we come to know him, we learn that he’s corrupt – he wasn’t always, but the system in which he operates is corrupt and maybe it’s dragged him down. His life is about manipulating stock prices, propping up a false economy, and the fantasy of paper money, maybe paper blood.

If the economic collapse of the early aughts stimulated Arbitrage, then the opioid epidemic led to me to make Crisis. I knew Arbitrage’s world of finance because both my parents worked on Wall Street. With Crisis, I had a personal connection to the subject because I had friends who died from opiate abuse. Their deaths were inconceivable: These were good kids from nice families, who were intelligent and had lots of promise – and were cut down.

When I started to investigate the opioid epidemic, I found that, just like what happened on Wall Street, this was about money. Some pharmaceutical manufacturers had discovered that with opioids they had a magic product that people really wanted to buy. And I feel that safeguards were ignored in the same way they were in the housing crisis, when people were trading derivatives and pretending things would be fine forever. There was a desire in the culture for a pill that could solve everything – debilitating pain, sadness, PTSD. People wanted to believe that if you took this pill, everything would be OK! But we know that life’s not like that. Unfortunately, suffering is the great equalizer, and I’ve yet to find a single solution. But there were a lot of people getting rich off these so-called wonder drugs, from manufacturers to traffickers to law enforcement, and private prisons that warehoused the dealers.

What we’ve tried to do with Crisis is first, of course, to make a movie that thrills and entertains you, and is worth the money you pay to watch it. You’ll be the judge of whether or not we succeeded. But beyond that, we wanted to look at the opioid epidemic through three different lenses and ask how we got here, by dramatizing it and making it compelling. To do that, the film tells the story of Gary Oldman as a whistleblower fighting a great Goliath in ethically challenged ways, of Armie Hammer as an undercover cop trying to do something in a sea of bureaucracy, and of Evangeline Lilly as an architect fighting to understand how her son got involved with the very same drugs she struggled with and the limits she’ll go to for closure.

I see myself as a dramatist, not an activist, so these films are made to entertain, not to create social change. As David Mamet says, there’s a much better tool for that: the barrel of a gun! But I do want to provoke questions. If there’s a system out of control, I’d like to get to the root causes — and let the audience draw their own conclusions about them. That’s what was so beautiful to me about those films of the ’70s. They took you to some dark corners, but they didn’t ask you to judge one way or the other; they left it to you. I hope we do the same.

Nicholas Jarecki is a best-selling author, screenwriter and award-winning director who has produced five films. Crisis, his second picture as writer-director, is out now. A thriller about the opioid crisis, it stars Gary Oldman, Armie Hammer, Evangeline Lilly, Greg Kinnear and Michelle Rodriguez. His previous movie, Arbitrage, was made for $13 million and went on to gross more than $52 million in international theatrical and simultaneous video on demand rentals, making it the highest-grossing day-and-date independent film in cinema history. Arbitrage received many accolades and earned a Best Actor nomination for its star Richard Gere at the Golden Globes®. The National Board of Review named it one of its Top 10 Independent Films of 2012. 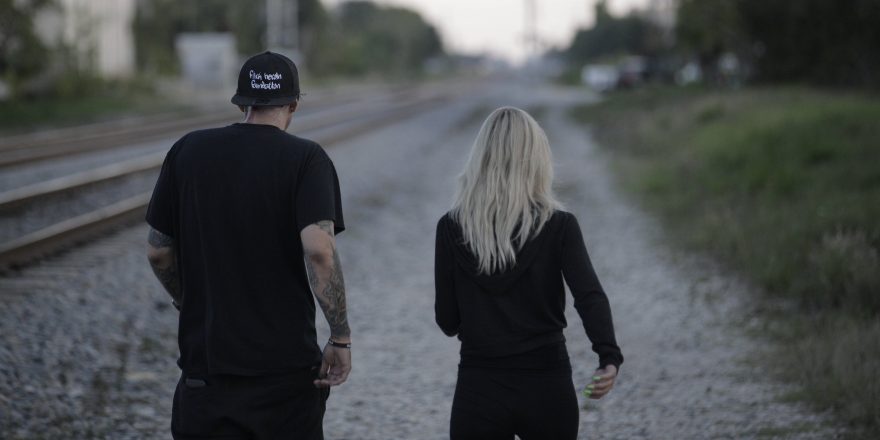 Staring Death in the Face: On the Challenges of Making American Relapse 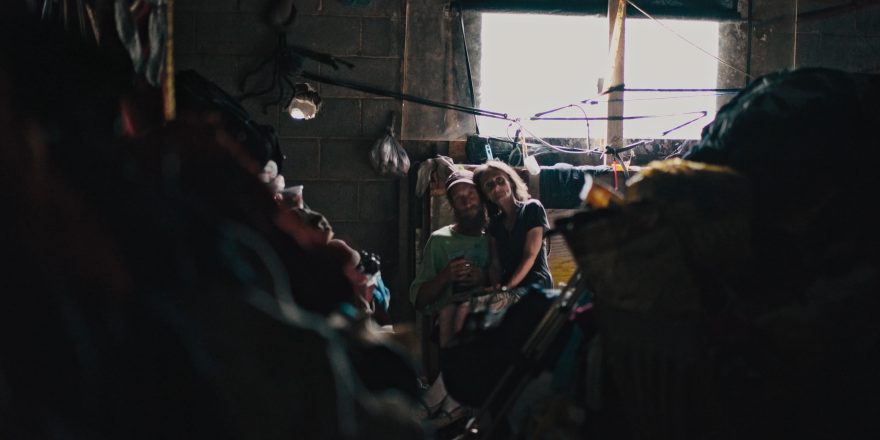 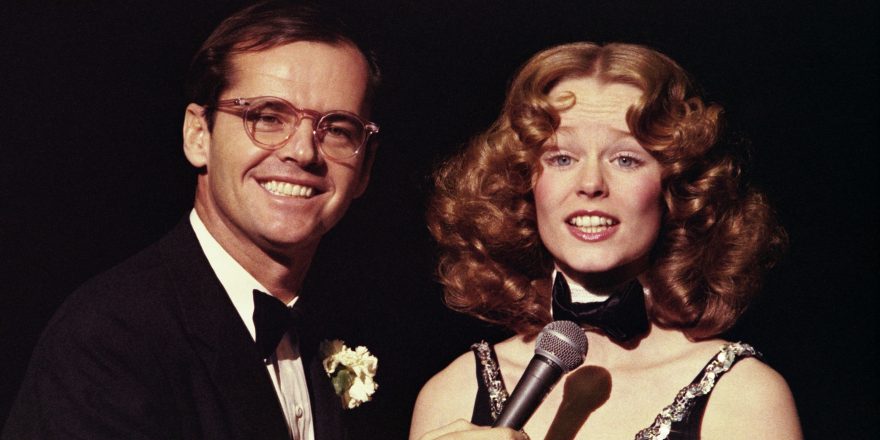 Bruce LaBruce’s Academy of the Underrated: The King of Marvin Gardens 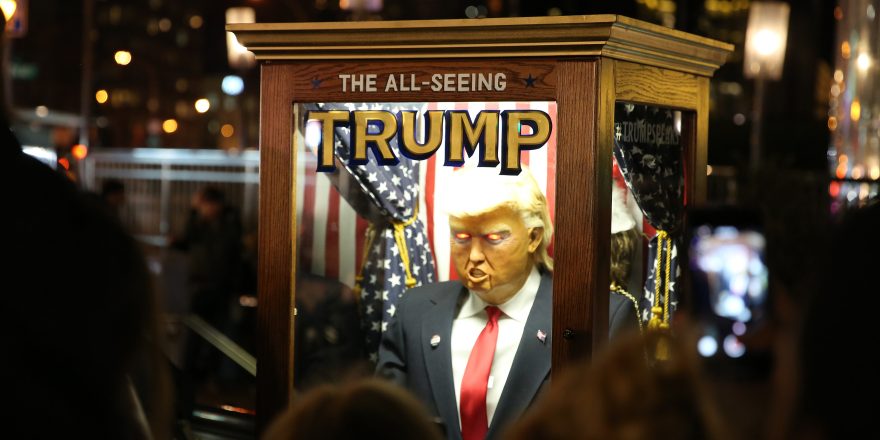