Ian O’Neil is a musician and artist who plays with Deer Tick, Happiness, and by himself. He lives in Providence, RI. (Photo Credit: Shoji Van Kuzumi)

Full disclosure: the Felice Brothers and Deer Tick share very close ties: Ex-“Brother” and incredible songwriter (see: “Chinatown” off of Favorite Waitress) Josh “Christmas Clapton” Rawson attended my wedding; James Felice toured as a keys player with Deer Tick; Ian Felice and I chat about paintings, books, and raising our children from time to time. When I began sharing my solo album with friends, they were some of the first I showed it to, trusting they would find kinship in what I was trying to say with my songs. Our relationship and my eager enthusiasm are likely what led Ian to send me a Soundcloud link to their new album, Undress, last fall. It was during Deer Tick’s month-long European tour, shortly after the band took a field trip to see Ian play a solo show in London. Undress is exactly the album that the Felice Brothers were meant to make at this point in their career, and it is fantastic.

The Felice Brothers are the best band playing in America today. Without a doubt, many of your favorite Newport Folk Fest mainstay performers would agree — there has always been an enigmatic heart and lack of compromise that specifically draws musicians and songwriters to their music. I remember showing Robert Ellis their album Celebration Florida at 3 AM in a Sydney hotel years ago, and it was the only thing that could break through the very interesting conversation that often dominates late-night hotel hangs. I remember walking through Nashville during January of 2010 with Taylor Goldsmith of Dawes while the guys were recording the collaborative Middle Brother record and bonding over our shared love of Ian Felice’s songwriting. I don’t know Conor Oberst personally, but his decision to use them as a backing band on Salutations and in live performances is a telling one: All of your favorite bands want to be in the Felice Brothers. It’s time that the band get the credit that they and their music deserves.

For the first time in a decade, the band is without Josh Rawson and Greg Farley. Both are spectacular writers, players and people, and I feel a responsibility to not gloss over their departure. They were an enormous part of the gang, but after spending so many years playing in a crowded group of great songwriters, it’s understandable that they would want to take their own unique visions for their songs to their own edges. With that being said, I’ve never heard frontmen Ian and James sound so happy, accomplished and assured. With the rhythm section and backing vocals of Jesske Hume and Will Lawrence, this is an expertly performed album and that is likely a direct consequence of several circumstances, the new lineup being a significant one. What sets my brain on fire the most, though, is that they are a band that, having been in the music industry for over a decade, has pushed folk songwriting to its most beautiful and ugly corners and is still making an album that feels necessary right now.

Undress is an album brimming with crooked specificity in its lyrics and arrangement choices. In “Holy Weight Champ” — a story about a man freeing himself of our modern world and ultimately his physical senses — there is a very strange backing harmony vocal that descends through the last refrain. It’s a choice that sets you off your balance in an otherwise sturdy, linear sequence of events. As Ian puts it in the spoken verse, it’s akin to a “rollercoaster’s controlled fear.” There has always been social commentary on Felice Brothers records, from “Rockefeller Drug Laws” (Tonight at the Arizona) to commentary on Ian’s assumed ties to the Americana community in “River Jordan”(Celebration Florida) (Example lyrics: “Fuck the news/Fuck the house of blues/Fuck my whole career/You don’t want me here”). Now, those gut discontentments are boiling over. When Ian screams on “Special Announcement” that the people “want to eat their enemies’ hearts and brains and lick the bloody plate,” humor veils a swollen anger and sadness. He sees our pervasive cruelty, snaps the bleakest picture of humanity, and turns it into a sing-along rock song about saving up enough money to become President. It evokes the foreign feeling of returning home after you’ve been gone just long enough — it rubs our assumed sense of familiarity up against something that was previously unseen and exciting.

There are two tracks on this album that display the best of Ian and James’ personalities. “Days and Years” features some of Ian’s best writing to date; in the song, he positions mundane moments next to milestones with an ease that’s both sweet and jarring. It’s a song that reminds you of your best and worst moments and speaks specifically to your relationship with yourself. The “days” he sings about offer up details, but don’t attempt to make judgements. The responsibility is on the listener to apply the sentiment to their own lives.

“Nail It,” an odd and brave song written by James, is essentially a one verse poem set atop piano and accordion. Its brevity underscores the significance of the words James has chosen to sing. Knowing him personally, it’s an example of how performance can bolster and transform someone’s personality to a greater, assured place. James is incredibly modest to a nearly a self-deprecating degree, but he ends this song about fear, and unease by assuring us: “I think I’m gonna nail it on the first try.”

Being from western Massachusetts, the topics, people, and places in these songs should not feel familiar to me. Many of the Felice Brothers’ songs reference the waterways, controversies, addictions, and Christmases that the people of the Catskills share with one another. The guys in the band can be intensely private people, but their songwriting allows for camaraderie even in their specific regionality, similar to how Bruce Springsteen has written about New Jersey in relation to our collective experience. There is no apology or conceit in their approach to talking about where they are from, and as a songwriter, I also hope to communicate who I am and where I’m from without compromise. However, to write about your home with welcoming empathy and joy, no matter the easy darknesses available, is the Felice Brothers’ act of loyal vulnerability. Undress casts the world as the Felice Brothers cast their intimate world: threatened, quietly violent, and always prepared for communal happiness to occur.

Ian O’Neil is a musician and artist who plays with Deer Tick, Happiness, and by himself. He lives in Providence, RI. (Photo Credit: Shoji Van Kuzumi) 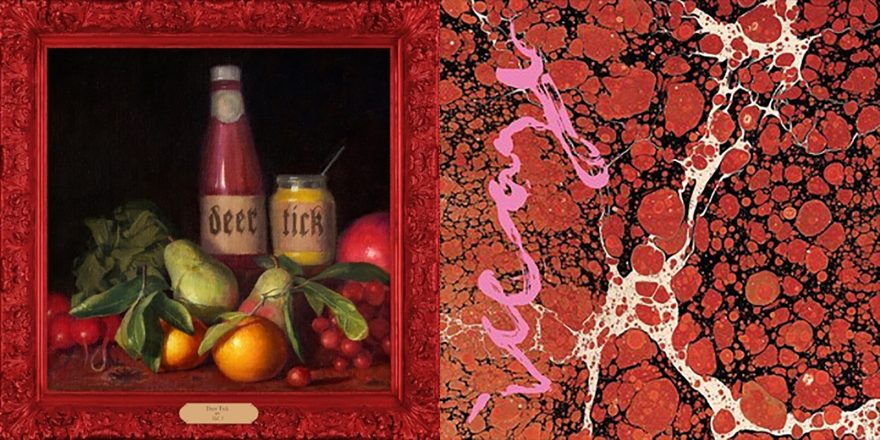 Iceage Leaves Nothing to Luck 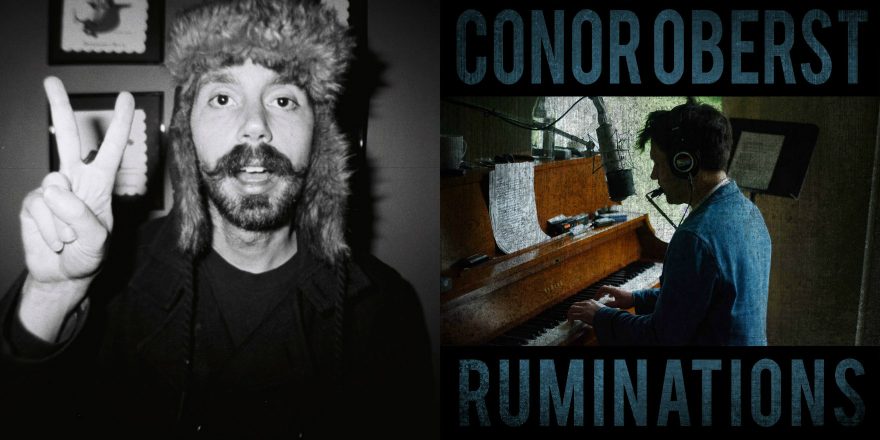