“For every path you follow there’s another left behind/every door you don’t kick open there’s a million more to try,” sings Glen Phillips on “The Moment,” the third track on New Constellation, Toad the Wet Sprocket’s first album in 16 years. Above a mounting wave of reverbed guitar countermelodies, he continues: “And for everything you’ve taught me, here’s the one I’ve learned the best/There is nothing but the moment/Don’t you waste it on regret.”

Phillips knows more than a little about paths not taken. Formed when Phillips was just 16, Toad the Wet Sprocket was little more than a hobby he’d planned to pursue for a couple of years until he split for college. The summer following his high school graduation, in the midst of recording their second album, Pale, the band signed to Columbia Records, setting off a seven-year stint of intensive touring and recording that propelled Phillips into what looks to be a lifelong career in the music industry. Arriving at the tail end of hair metal and alongside grunge’s ascendency to the mainstream, Toad the Wet Sprocket occupied a unique space in the pop sphere: an unlikely straddling of college rock’s ardency and adult contemporary’s mood. Merging the folk-rock sound of R.E.M. with an emotionally direct, highly literate delivery, Toad predicted a wave of earnestness bubbling beneath the surface of the mainstream that would find manifestations in both the radio realm (Matchbox 20, the Goo Goo Dolls, Better Than Ezra) and the upper echelon of indie (Death Cab for Cutie, Jimmy Eat World).

On “All I Want,” the hit single from their 1991 breakthrough album Fear, against a backdrop of thunderously strummed acoustics and overdriven Hammond organ, Phillips emotionally intoned, “It won’t matter now/Whatever happens will be/For the air speaks of all we’ll ever be/It won’t trouble me.” Taken alongside the album-closing ballad “I Will Not Take These Things for Granted,” Phillips exuded a sense of maturity far beyond his 21 years. Toad’s run of albums and singles followed a line of diminishing returns and the band quietly dissolved in 1998, casting those lyrics in a new light. “I don’t think we realized what a gift we’d been given by the universe,” Phillips told The Daily Times in 2011. “You take success as normal and as something you deserve instead of just being lucky… and that sets you up for a lesson soon after.”

The band reunited for occasional shows over the years, announcing a return to full-scale touring and writing in 2011, the end result of which is New Constellation, an 11-song cycle that sounds comfortable in its own skin. Sporting an immaculate production by Mikal Blue, the album is dense with sonic nuance, sublimely executed vocal harmonies, and expert performances. Though the delivery feels tempered at times, the record marks a welcome return to the heart-on-the-sleeve sincerity that marks the band’s best work. “I want my best days and best work to be in front of me, regardless if [sic] the greater world takes notice,” Phillips told Noisetrade in a recent interview, and the relaxed vibe of the album conveys the sense that it was developed without the consideration of outside scrutiny. Though the material was composed by a band with a history of radio success, there’s nothing pandering about New Constellation, no sense that any of the material was written with ambitions of pop success. And though that shouldn’t really even be called into question, it seems hard to ignore, given the ongoing spate of reunions occurring at every level of the music world.

“It’s been nice to get it back as a present-tense band instead of a nostalgia band,” Phillips told The Daily Times. But it’s impossible to ignore the role nostalgia plays in getting a band back together — there is a yearning between the musicians for a very specific interconnection that they remember fondly; for the audience, it’s the opportunity to hear old songs, evoking specific memories, finding new life in a fresh context. The experience builds a bridge between the past and the present. “Don’t even have pictures/Just memories to hold/that grow sweeter each season/as we slowly grow old,” sang Phillips on Fear‘s “Walk on the Ocean,” and indeed the memories shift, imbued with sentimentality for a simpler time, and take on a deeper significance with age.

With New Constellation Toad aimed to “make the record we would have made if we’d stayed together and been writing and working together all this time we took off,” according to Phillips, not “the next record we would have made 12 or 13 years ago.” Insofar as it achieves that goal it can also feel like a shortcoming: the music often bears striking similarities to the run of bands that followed in Toad’s wake. Those tendencies occasionally manifest as grating (as in the Hootie & the Blowfish-evoking “California Wasted”), and occasionally as aesthetically amiable (such as in the could-have-been-a-Jimmy-Eat-World-discard “Get What You Want”). The single constant throughout is an impenetrable sense of sincerity, and a sense of gratitude, expressed musically, that friendships once cast aside have been rekindled; that things once taken for granted are now being cherished.

Perhaps as a result of rediscovering a sense of deep comfort among friends, the album lacks some of the intensity of earlier Toad albums, feeling less like watching a raging fire than basking in the warmth of embers. Prior singles like “All I Want” and “Something’s Always Wrong” seemed to bleed sincerity from every pore, featuring bridge sections that exuded the desperation of a final plea for understanding. New Constellation seems content to politely drift by until the closing song “Enough,” where Phillips finally breaks the veneer in an emotional display that feels almost unseemly in the wake of that which precedes. The song pushes and pulls in gentle waves of tension before its release. His voice hoarse and wearied, Phillips howls “The mind is willing but the body resists/the fight is over but the pain persists/the pains persists/the pain persists,” underlining each repetition with increasing exacerbation, as if to remind us that, though regret and nostalgia are of little use, painful memories loom in clear focus in the rear view, goading at every turn. 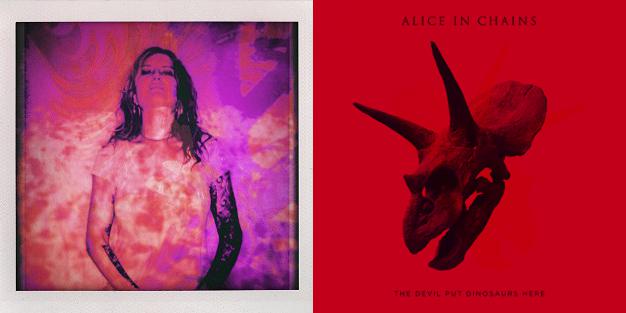