Field Guides is the project of Brooklyn-based singer-songwriter Benedict Kupstas. Their third record, Gingko, is out now on Whatever’s Clever Records.

The French composer and ornithologist Olivier Messiaen once said that “birds are the greatest musicians on the planet.” When Carnegie Hall asked a few dozen of the 20th century’s greatest composers to contribute signed works in celebration of the revered venue’s centennial, Messiaen sent notation of a black-headed warbler’s song. At the bottom of the manuscript he wrote, “noté le 16 mai 1989 — á 18 h (en France).” The implication here is not merely that birdsong should be seen as art, but also that the line between observation and composition/creation is a particularly porous one.

Birdwatching isn’t “productive” by modern society’s standards. It doesn’t seek profit or endeavor to “make use” of nature. It isn’t extractive. It has no “purpose” beyond the joy derived from the activity itself and the awe it instills. Art, too, exists in a space that confounds capitalist “reasoning.” In John Berger’s The Sense of Sight, he writes, “Art is an organized response to what nature allows us to glimpse occasionally.” The greatest reward from any engagement with nature or from any creative endeavor, revealed or attended, is the same: the humility and empathy both activities engender in us. The way wonder and curiosity put us in our place, make the world bigger, more boundless and mysterious, make cynicism or nihilism the absurd squanderings they are. In the same way that the 19th-century flaneurs found profound rebellion in the simple act of walking, birders might show us a better way of being.

There’s something about birds — something beyond the obvious attributes of flight or song, however enviable we find those skills — that has always made them especially rich founts of inspiration, gliding their way into myths and fairy tales, soaring through the history of human meaning-making as symbols and metaphors, omens and harbingers. The words “augur” (to foretell the future) and “auspicious” (favorable, signaling future success) are both thought to come from the Latin avis (bird). Augury was the ancient Roman practice of gleaning portents from the behavior and flight patterns of birds. So we’ve been looking to our feathered friends to make sense of things for quite a while.

“The bird fights its way out of the egg. The egg is the world. Whoever will be born must destroy a world.”
—Hermann Hesse

Often the best way to spot a bird is to first close your eyes and listen (birdwatching is also bird-listening). Another reliable method is to look out for fellow birders and then follow the aim of their binoculars. Both of these approaches seem like apt metaphors for art-making. With the former, we tune our senses and focus our attention, muting extraneous stimuli, in order to dial in the desired signals like a radio receiver. This seemingly passive and patient receptivity is, in practice, not always so easy, especially in a world increasingly cluttered with distractions and sensory pollution vying for our attention. The second method, the birdwatcher-watching, also seems like a pretty fitting corollary for creativity, illuminating the way art reveals the lie of individualism and atomization. Birding, in my experience, is rarely competitive, and often quite collaborative. Birders are eager to share their sightings. Both art and birding might often seem like solitary pursuits, but at their best they’re also communal, collaborative activities. The best art is observant of and responsive to the world and time in which it’s situated, engaging with the world-as-audience, with humility and care.

This past spring, when a few woodcocks made a migratory pit-stop in Manhattan’s bustling Bryant Park, a gaggle of enthusiasts — some with fancy binoculars and telephoto lenses, others less conspicuous bird nerds — rushed amidst the throngs of tourists, oblivious to the charismatic, dancing birds sharing the park with them. An organic intel network emerged, spreading word of a woodcock doing its funky shuffle in a patch of green at the northwestern corner of the park. “Did you see the male behind the bench to the south of the ice-skating rink?!” It was a collective collaboration in giddy wonder.

As a metaphor for creativity, birdwatching might have much to teach us about humble observation and absorption-before-construction, listening-before-acting. Western capitalist societies have a deep distaste for idleness or fallow time. The Swiss writer and devoted flaneur Robert Walser once wrote, “Without walking and the contemplation of nature which is connected with it, without this equally delicious and admonishing search, I deem myself lost, and I am lost.” We might all do well to more often be lost in aimless and observant wandering. Of course — as with the flaneur — birdwatching is a luxury often accessible only to those with the privileges of idle time and the means to encounter nature. The same systemic inequities responsible for so much injustice also deprive so many of these most basic joys and freedoms. (Organizations like the Audubon Society have only recently begun to even acknowledge these inequities.)

In the end, it is less about what we see than how we see. Birdwatching is, for me, like art-making in the ways it decenters my eye and my ego, the ways observation expands the known and unknown alike. A good song knocks me off balance the same way a walk in the woods exposes the naivete and ignorance of my self-absorption and our broader anthropocentrism.

During a trip to Costa Rica a few years ago, my itinerary revolved around spotting a resplendent quetzal, a striking, majestic species with stunning green plumage (I highly recommend that you look up a photo!). We never spotted a male — as with most bird species, the more ornately plumed sex — but after hiking through the jungle for a couple days, we spotted a female, not too shabby in her own right. My heart skipped a beat, the same way it did the first time I heard Nina Simone’s voice or saw Dirty Three perform. I was also hoping to see a potoo on that trip (another photo to look up before reading further!). No such luck, but we did hear one while camping one night, as if it was responding to the howler monkeys in the distance, singing its invisible song of enduring presence and some odd camaraderie.

There are encounters that make you hush and be still. If you spy a child doing something silly, oblivious to being seen or heard, you might be careful not to elicit self-consciousness, not to break the spontaneity or unabashed behavior. With birding, you’re looking to encounter something that you wish to carry on despite your presence. We try to make our presence more gentle. There is a hope to observe without disturbing the scene, an implicit acknowledgement and attempted abnegation of the harm we tend to cause to the natural world. Part of what instills humility is the understanding that we derive an almost voyeuristic pleasure from the parts of this world still unspoiled by our presence. I suppose this could — and, for me, often does — lead to some self-loathing guilt. But that’s a lazy cop-out. Instead, I’d like to learn to be more humble, more gentle, more patient. I’d like my art to be those things too. And I think the birds can teach me…

Over the years, I’ve relaxed my discomfort with self-indulgent love songs. It might seem counter-intuitive, but instead of avoiding seemingly solipsistic self-reflections, I’m hoping to find something universal by reframing and repositioning my personal pains and passions within the natural world, both allegorically and overtly (via field recordings that subtly bring nature into the compositions). It’s not so much about decentering myself, but about blurring the scene and zooming out — and back in — on different focal points, tracing a web of interconnected systems.

I recently walked through The Ramble in Central Park with my friend Cassandra, where she pointed out and identified the different species of warblers who were spending a short layover in NYC during their spring migration northward. “That’s a Magnolia on the side of that tree!” There were black-and-whites and American redstarts and northern parulas and ovenbirds. We wondered aloud if what birds do should be considered art. We both agreed with Messaien. How could anyone see what the bowerbird does and not call it art?

In poet and naturalist Diane Ackerman’s book, A Natural History of the Senses, she surmises that we are drawn to certain birds because their mating rituals — and characteristics evolved for arousal — bleed beyond the boundaries of species: “Brightly colored birds turn us on, sympathetically, with their sexual flash and dazzle, because we’re atavists at heart and any sexual pantomime reminds us of our own.” Merlin Sheldrake and others have recently written about the ways fungi and other organisms might provide corollaries for better, queerer ways of relating to each other (to other humans and to our broader interspecies ecologies).

Birds offer us a more humble and less harmful way of moving through the world. We can’t — and shouldn’t hope to — leave the world unmarked by our presence. Amidst fading flora and fauna, and all the other calamities of modern life, any inclinations to retreat into our egos, our illusory individualism, into the gaping maw of dehumanizing virtual voids, do nothing to assuage the shame of the Anthropocene. A soft but vital presence, though, can cultivate new ways of seeing, more imaginative and hopeful visions, more comprehensive and community-minded practices of care. Music — and art in general — taps into a deeper way of being not-just-human. It demands openness and synthesis. Each song is a system of place and encounter, imagination and reflection. The nature writer Nan Shepherd, in her book The Living Mountain, explains how by simply changing the way one looks, “a different kind of world may be made to appear.” If ever we needed a different kind of world…

Field Guides is the project of Brooklyn-based singer-songwriter Benedict Kupstas. Their third record, Gingko, is out now on Whatever’s Clever Records. 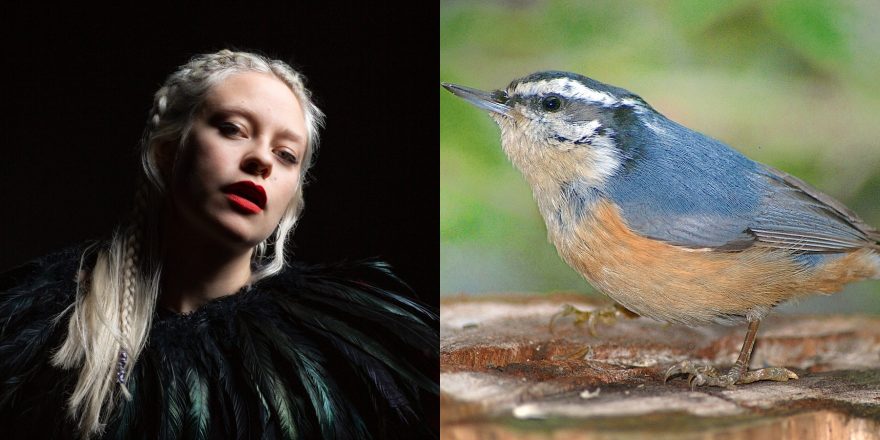 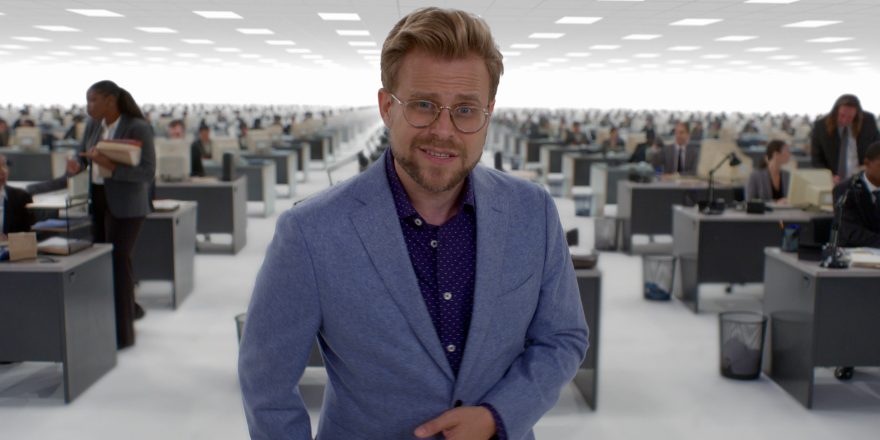 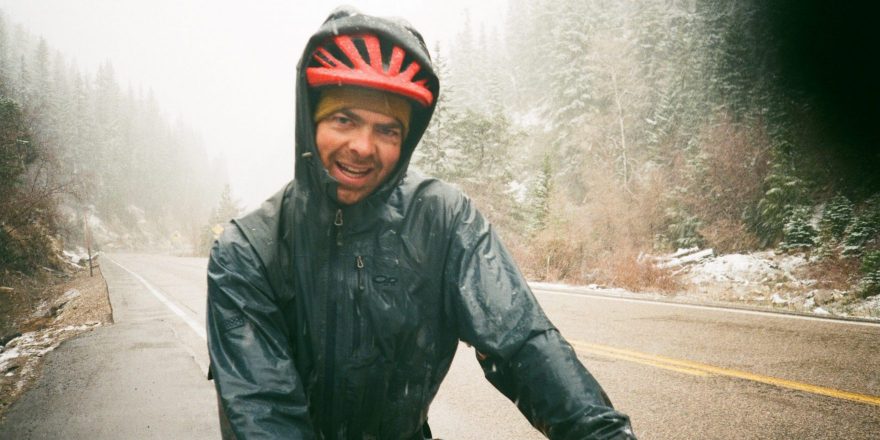