Every summer, there’s that song — the song that defines those sunny days and balmy nights, the one you’ll forever associate with a specific time and place. This week, Talkhouse writers talk their song of the summer of 2014.
— the editors of the Talkhouse

I was in seventh grade, and I was a future burnout kid riding BMX bikes with my best friends.  We lived somewhere between nowhere and somewhere else.  People talk about Big Sur, Newport, the Hamptons… but nobody talks about Michiana.  That’s the nether zone where northern Indiana meets Michigan.  That’s where I’m from.  All those rich fucks out there who have spent their summers wherever their blue blood families have spent the last 2,000 summers are stupid.  Yup.  The Kennedys have got nothing on Indiana summers.

We do it the best, especially northern Indiana.  We spend the entire goddamn winter being destroyed by lake effect snow and Arctic freeze-outs.  When summer rolls in, us Hoosiers will take full advantage. Whether it’s drinking beer on a lake or trying to get a girl from youth group to channel that Jesus love into an epic make-out, we know summer.

This particular summer memory happened somewhere in the ‘90s. I’m deep into a 30-pack, so don’t ask me for specific dates ‘cause I won’t remember.  I lived in Goshen.  It might have been the summer Dale Earnhardt died?  No, he died in 2001. I was already long out of town by then. My bad. Anyways, so here I was, summer break, couldn’t drive yet, and had nothing to do. Me and my best friends decided to build an entire BMX dirt course illegally in the woods by the reservoir.  We treated it like a full-time job.  Every day, we got up early, rode to the woods and started digging.  I think one of my friends could actually do a trick.  We were not professionals, but my god, we enjoyed working.  After a hard day’s work, we’d ride to Video Visions and rent Striptease and stare in wonder at Demi Moore’s manufactured body, then try and give Abby and Allison a call to see if they’d bring cigarettes.  This was one of those perfect summers.  Nobody was fucked up yet. Old enough for drugs, but not old enough for consequences.

I was supposed to write about a song.  OK…

Hiss Golden Messenger (aka Michael Taylor) is my subject.  I met this sweet-talking dude for a bit in Utrecht, the Netherlands, a month or two ago.  We have a billion mutual friends and I’ve always been curious about this mofo.  So we hang, make jokes, ride a train, talk biz, all that stuff that indie thirtysomethings do.

Time passes, and now I’m back in Philly, sitting on my porch in my boxers with an unfortunate hole right around the crotch, and I’m just browsing the old World Wide Web.  I go a site and see that Hiss Golden Messenger have a new song premiered. It’ll be on Lateness of Dancers, their first album for Merge, in September.  I listen to “Saturday’s Song” once, without headphones.  Then realize this dude’s got magic trying to seep out through shitty Dell speakers.  Headphones on and I push play again.  OK, mandolin, acoustic strummy strum, but then I get my nerve tips tickled by a bassline from the gods.  Taylor’s voice lingers like a freshly cleaned bowl.  I’m amazed and hypnotized.

I don’t need to tell you more.  The song is amazing.  Just listen.  Get off the internet.  Smoke a bowl, hang with your lover by a stream or something, then listen to this song again.  It’s everything somebody close to my age and, perhaps, socioeconomic background can relate to.  After all, aren’t we all living in a world of analytics anyways?

Thank you, Taylor, and all your friends who made this song.  You made me feel OK to be my age.  I miss my BMX bike, but I don’t miss all the other shit that came with being young.  Having a hole in your underwear is a little different when you’re 32 instead of 14.  But having “Saturday’s Song” makes 2014 feel a lot better than 1995.  Let your Google freak flags fly, boys and girls.  Summer is here and Skynet is a few years from taking over.  Enjoy it.  Hiss Golden Messenger is leading the way. 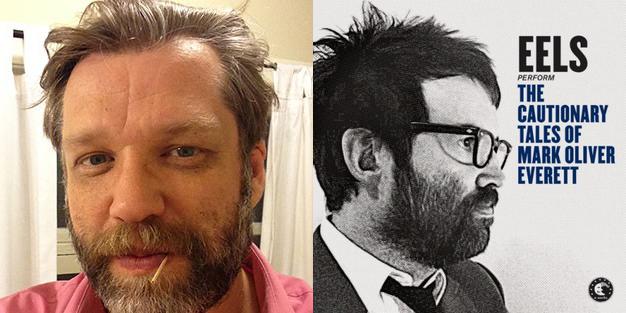