Ti West is the writer-director of the horror films The House of the Devil, The Innkeepers, The Sacrament and the upcoming Western In a Valley of Violence. He prefers film over digital.

“At the end of the 19th century, 16-year-old Jay Cavendish (Kodi Smit-McPhee) journeys across the American frontier in search of the woman he loves. He is joined by Silas (Michael Fassbender), a mysterious traveller, and hotly pursued by an outlaw along the way.”

That is the synopsis of Slow West, taken straight from the press notes, because who better to tell you briefly about the plot of a film than the filmmakers themselves? And it’s true, all of the above definitely happens over the course of its lean 84-minute runtime. However, as with most good movies, the plot itself is the least interesting part.

Modern audiences, particularly American ones, seem to have whittled down their interest in seeing a movie almost exclusively to the plot. It is the “high-concept” craze that has been booming for the past 10 years or so. Maybe it’s not the audiences; maybe it’s the gatekeepers — the executives, the marketers and the distributors who, time and time again, aim for the lowest common denominator in their attempts to turn a quick profit. Maybe all that effort has led to filmmakers censoring themselves in an attempt just to get their movies made, and maybe that is why so many films these days unfortunately focus strictly on the familiar narrative beats that audiences have come to expect.

Well, John Maclean (in his feature film debut) has crafted an unexpected, poignant and timeless Western, traditional not only in aesthetic but also in experience. The tone is emotional and meditative, and the pacing is leisurely. Maclean so effortlessly achieves what many filmmakers continue to strive for: an immersive story with a confident point of view. It seems like nowadays the only thing left to “shock” an audience with is pacing. Violence and nudity are no longer provocative. Special effects are almost exclusively digital and cartoonish, and twist endings seem trite. Pacing, however, still seems to affect people — especially when it is “slower” than they are accustomed to. The pleasure of Slow West is that it allows itself time to sit with the characters, to live with them and, ideally, to understand them.

The performances are all top-notch, particularly from Ben Mendelsohn (even in his limited screen time), who seems to have come out of nowhere in the film, just as he did in his acting career. He is overflowing with interesting, idiosyncratic choices, and he seems to be one of those “wish he was in everything” kind of actors, who only a few short years ago was mostly unknown. Kodi Smit-McPhee and Michael Fassbender are the charismatic leads who may be on different quests, yet wind up on the same path. There are several gut-wrenching moments in the film’s finale that would not be credible without such three-dimensional characters. It is a pleasure to experience even the worst hardships they face — mostly because it is so rare to care about otherwise typical protagonists. Casting is the most important part of directing, and Maclean clearly chose wisely.

The cinematography by Robbie Ryan overcomes the usual limitations of digital, especially with clever framing and staging during the film’s final set-piece, but the real joy of watching Slow West comes from the journey, not the destination. It is not about Jay Cavendish reuniting with the woman he loves, it’s about the feelings and the desires, the dreams of what it will be like if or when he does. That is what inspires his journey. Anyone who has been in love with someone who doesn’t love them back can relate to those hopeful feelings. They are what pain you, and what keep you going. Movies have often taught us that if you put in just the right amount of impressive effort and do what you set out to achieve, then the person you love will finally see you for who you really are.

Reality, however, rarely matches the fantasy we see on screen. Slow West brilliantly applies the dreams and desires of young love to the American frontier. Everyone is out there searching for something that doesn’t exist. But the dream of the thing they are seeking is what keeps them going, be it love, a bounty, a new settlement or a new world. Exploring is, and always will be, part of the human condition. Cinema is yet another way in which we explore, and that has always been its true power — to challenge, to question and, ideally, to connect with audiences on a deeper and more personal level.

A24 is co-releasing Slow West with DirecTV, but this film is an example of precisely why we go to the theater. It is a complete cinematic undertaking. When the doors open after the closing credits, you will be hard-pressed not to be muted by your experience. Perhaps if modern audiences walked into films with fewer expectations of the familiar, they might find themselves pleasantly surprised by what more films have to say. And like many great films before it, Slow West says a lot with very little.

Ti West is the writer-director of the horror films The House of the Devil, The Innkeepers, The Sacrament and the upcoming Western In a Valley of Violence. He prefers film over digital. 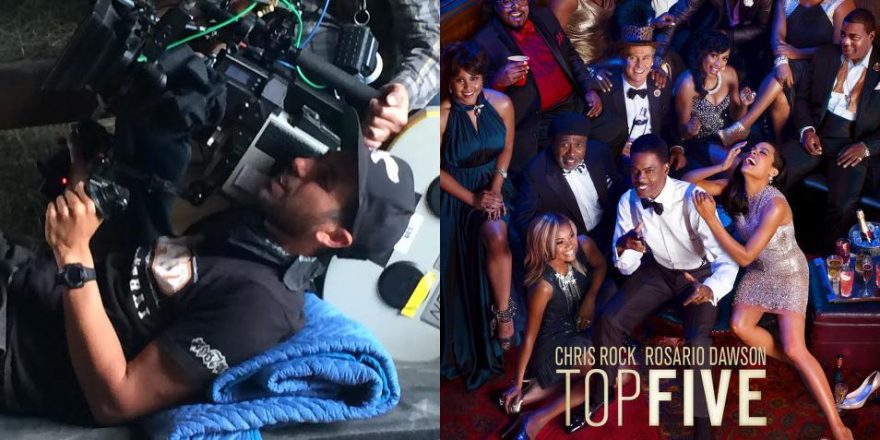