Jena Malone can currently be seen as Dolores in the new drama Lorelei, opposite Pablo Schreiber, which is out now in select theaters and on demand. She is a Golden Globe-nominated actress who came to prominence via roles in Bastard Out of Carolina, Contact, Stepmom, Donnie Darko and Pride & Prejudice. She went on to star as Johanna Mason in The Hunger Games. She can also be seen in Paul Thomas Anderson’s Inherent Vice, Nicolas Refn’s The Neon Demon and So Yong Kim’s Lovesong. Most recently, she appeared opposite Janelle Monáe in Antebellum.

Three Great Things is Talkhouse’s series in which artists tell us about three things they absolutely love. To mark the July 30 release in select theaters and on demand of the new drama Lorelei, starring Jena Malone and Pablo Schreiber – a working-class fable about a biker, a mermaid and three shades of blue – Malone shares some of the things that give her life the greatest meaning. — N.D

Sunrise
My relationship with sunrise has always been a very intimate one, and I love how sacred and ritualistic it’s become in my life. Certain environments ask me to rise early, to find a plateau, to kneel down and be in awe, while others are like, “No, honey, sleep in, please snooze however long you can!” 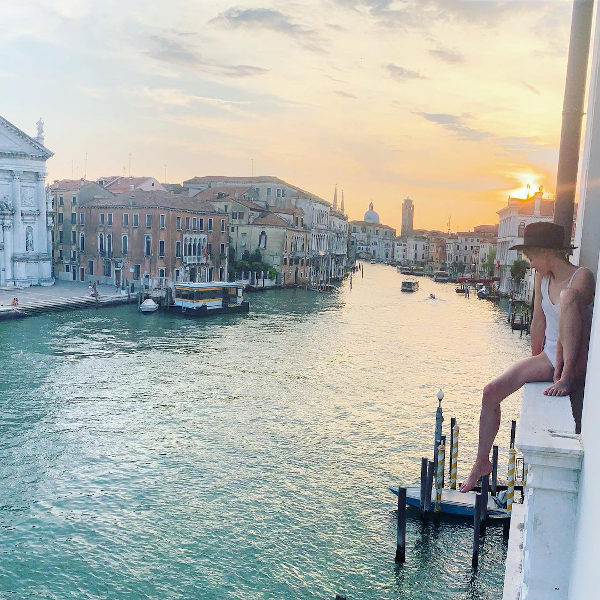 There’s something really magical about sunrise that I’ve always really liked: the calibration of rising at dark, of getting to witness first light. Oddly, I’m able to wake up so much better in the darkness – I’m just instantly awake, whereas sometimes in the morning I have a harder time, plus there’s the whole ritual of coffee and showering and trying to get with it.

I’m originally from the Lake Tahoe area, and there’s a hot air balloon race that’s been happening in Reno every year, for as long as I’ve been alive. Everyone gets up super early, as the race starts at 4 a.m. Some of my earliest memories are of being a tiny baby out on this big dark playing field of grass, and then all of a sudden seeing these beautiful lit balloons rising in the sky as the sun was coming up. And then the magic would all be over by 8 a.m. But there’s a whole life there, a whole day between 5 and 7 a.m. that most people don’t even pay attention to.

As a parent, sleep is way too sacred, so I tend to get up early when I’m traveling or in a space that I want to really kind of dive into. In my head, my ideal Jena wakes up at 5 and does a morning sunrise photoshoot and then writes her journal – but, in reality, I wake up at 6:30, when my kid wakes up and his feet are in my face! 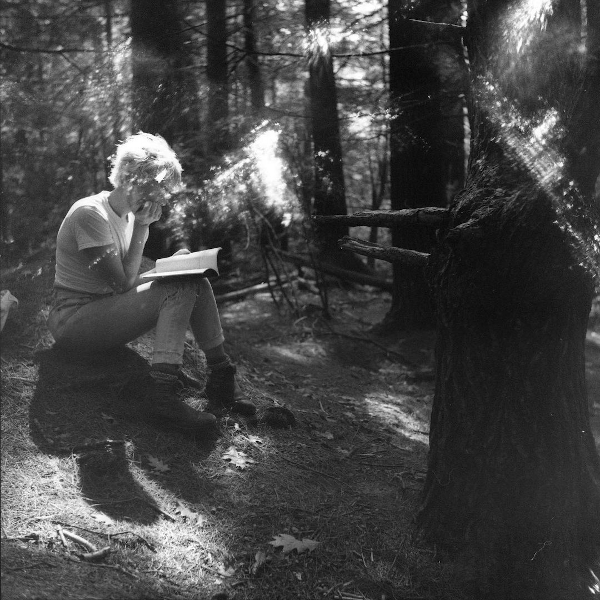 When I’m able to get up early, it’s pretty much me and my camera, plus a cup of coffee balanced somewhere. For me, light is a photographer’s journey, and I’m obsessed with different lights and times of day. Before a camera was my mainstay, I always had a notebook with me, so I would go and just write down bits of random poetry, thoughts, or whatever came.

Rivers
Because I grew up in Lake Tahoe, I love lakes and water, but if I could choose anywhere in the entire universe to sit forever, it would be by a river. I love how subtle, graceful and ever-changing rivers are. As they say, you never enter the same river twice, because it’s a different river in December than it is in July. The water is always changing. I think I have an affinity for that, and also for how they’re hidden and can be anywhere. Rivers bend through cities, and all major cities are built around really beautiful rivers.

When I’m by a river, it’s like a courtship, with a whole language of consent that has to be engaged in. I start off appreciative, building trust. Next the toes go in, and eventually I’m naked. Then I’m back out, exhilarated, and I’ll move on to writing, photographing or just being present. (And then probably a beer!) I grew up swimming in Lake Tahoe, which is so cold, even during the summer, so to me cold water is a really beautiful gift to the body, allowing us to wake up in a different way. 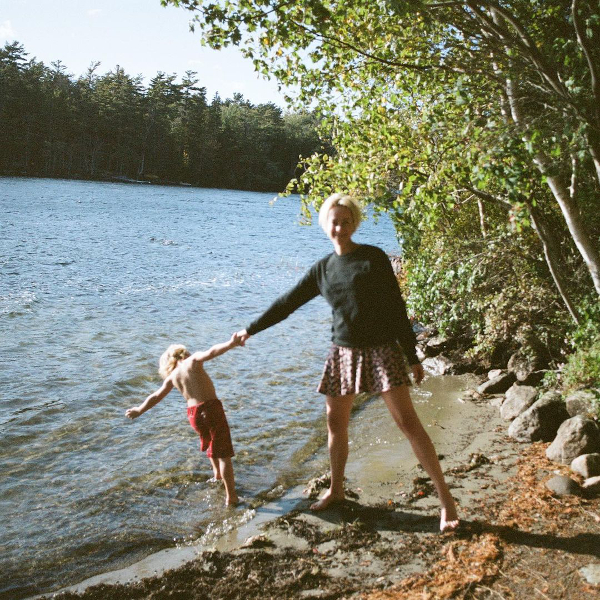 I think rivers are my favorite because every river I’ve encountered has been memorable. Every single time I’ve pulled off the road because I saw a body of water somewhere and dunked my head in, it’s really stayed with me. Also, getting to watch my son discover rivers, seeing how he wants to interact with them, has been as one of the greatest gifts ever. When you love something and then you get to witness your child take it on for themselves, it’s really glorious.

Imagination Games
I love playing imagination games with my son, because they’re inclusive of what I love about storytelling and also the thrill of writing music or generally being creative. It’s by the seat of my pants, so I’m always in awe when I don’t have a preconceived idea of what we’re going to play, and then a game just emerges.

It uses some of the same muscles as acting, but it’s also different. I get to be the director, the writer, play all the parts. I can build a whole soundstage in my mind, decide how the set looks and how we interact with it. It’s very freeing, and I can just surrender myself to it. Even before I had kids, I would engage in those types of activities, like getting lost in a character, or freestyling in the music that I make, letting my imagination become a whirling dervish.

It’s not very PC, but we created a game called Black Market, because my son is interested in hunting and animals. I said, “I don’t want to play that game,” but then I thought about how to address those things differently, like, what do we do with a dead animal’s body? And how can you utilize every part? What do we do with the organs? Can we use the blood? Are we skinning it? So we were pretending to open up animals, looking at the liver, the heart. And then I let him know that an animal is sacred, so now we have to bury it. 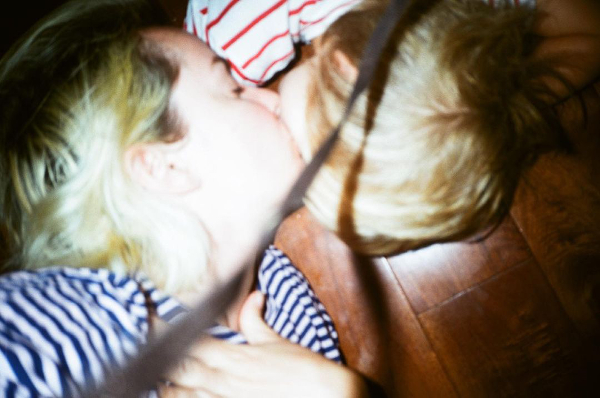 It all came about totally unexpectedly, but now this is the game I play with him and he loves it. Getting lost in imagination is a gift, particularly with children, because they give you permission to invent as you go.

Sometimes, I also try to use imagination games as a way to alchemize big ideas. When George Floyd died and I was talking to my son about that, I realized that it’s very hard to understand the criminal justice system, because it’s such a giant concept. It’s not just “police and robbers,” which is what a child’s understanding is, so I created this game with him that was about social justice. We were peace officers instead of the police officers, to try and show him the difference. My son is five, but the older he gets, the more I notice how he really holds on to things, which is really nice to see.

Featured image is of Jena Malone in Lorelei; other images are from Jena Malone’s Instagram, used with permission.

Jena Malone can currently be seen as Dolores in the new drama Lorelei, opposite Pablo Schreiber, which is out now in select theaters and on demand. She is a Golden Globe-nominated actress who came to prominence via roles in Bastard Out of Carolina, Contact, Stepmom, Donnie Darko and Pride & Prejudice. She went on to star as Johanna Mason in The Hunger Games. She can also be seen in Paul Thomas Anderson’s Inherent Vice, Nicolas Refn’s The Neon Demon and So Yong Kim’s Lovesong. Most recently, she appeared opposite Janelle Monáe in Antebellum. 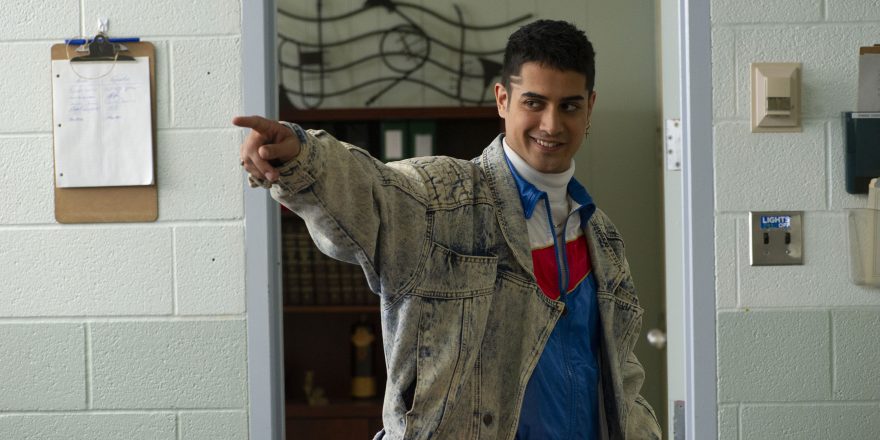 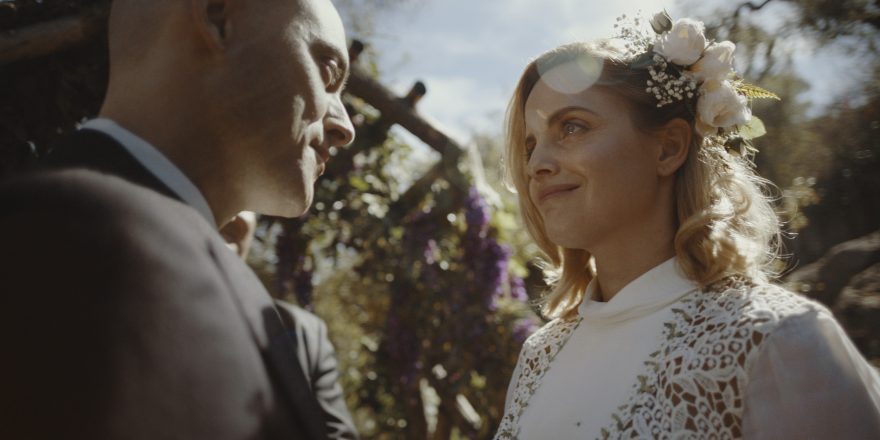 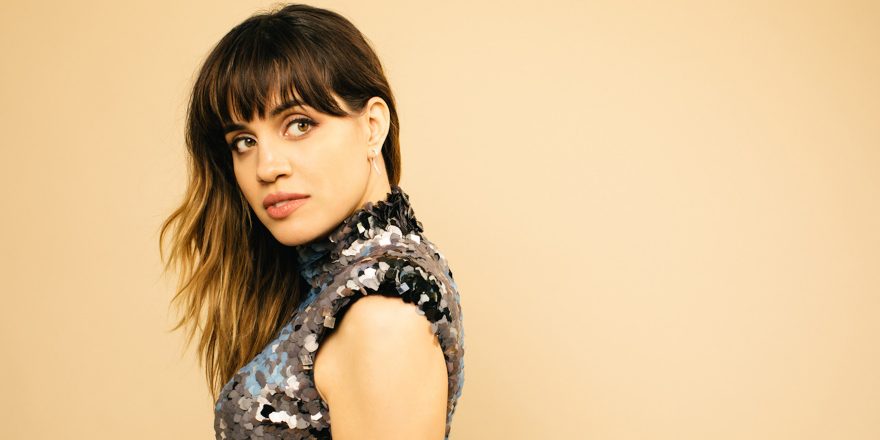