Jeffrey Reddick shot to horror fame with the creation of the horror classic Final Destination, which spawned four sequels and has earned over $650 million dollars at the worldwide box office. Reddick has sold, or optioned, more than 25 projects for film and television and has produced more than 12. Jeffrey’s most recent film, Dead Awake, was released in May 2017. Other produced credits include Lionsgate’s thriller Tamara and the remake of George Romero’s classic Day of the Dead. Jeffrey is making the move into directing and is currently developing The Horror Show and a feature version of his 2014 short film Good Samaritan.

I write movies about people meeting gruesome deaths, but that’s not how I think. I know a diatribe full of ranting and raving makes good clickbait – but that’s not my style. So I’m taking a break from blood and guts to talk about a concept that’s deeply personal for me. Diversity.

“Diversity” is such an interesting word. Growing up, it always had positive connotations. It was a linchpin of my spirituality. I’m a Bahá’í and one of our core teachings is “Unity in Diversity.” The idea is that to attain true unity we need to embrace the diversity that makes up the rich tapestry of humanity. As an aspiring artist, I knew diversity was celebrated. Showing diversity as a writer, singer or actor, was a sign of great talent. So, the concept of diversity was, and is, a wonderful thing. But the reality is different.

We are more connected now than at any time in human history. The internet has forced us to confront a world of over 7.5 billion people who don’t look, act or think like us. It’s human nature to hate change and this sudden change has made diversity a thing to fear and shun. We see it playing out on the world stage with racism, sexism, classism and nationalism. But the insidious thing is how it’s seeped into our hearts and homes. Neighbors have turned against neighbors. Family members have disowned family members simply over diversity in beliefs.

As a biracial person, I’m a living embodiment of racial diversity and I’ve experienced the pushback my entire life. I grew up in Florida and the hills of Eastern Kentucky in a time when people there considered mixing races worse than being black. Thankfully, being racist went out of vogue in early high school. But add to the mix, I was gay, and that fear and hatred just got diverted.

As many young people who are bullied do, I created a rich fantasy life for myself. I fell in love with movies and TV and dreamed of moving to Hollywood and becoming a star. I knew Hollywood was where dreams came true. On TV, I saw people of color, and the occasional gay person, so I felt it was a place I would be accepted. And I knew that if I were a movie star, people would look past their prejudice and love me.

Studying theatre introduced to me a world of diversity and acceptance I had never known and when I moved to New York at age 19 and started acting, my starry-eyed dreams were fast becoming a reality. But the fear of diversity quickly reared its head.

I got an agent, but it was the early ’90s and non-traditional (aka non-white) casting wasn’t a thing. My agent said I was an “ethnic Michael J. Fox type” and she didn’t know what to do with me. That was her polite way of saying that I “acted white.” And back in those days, if you were brown, playing a scary brown guy was your only option. So, I decided I would write movie roles for myself.

I started working at New Line Cinema and found a wonderfully creative home. The studio was a trailblazer in diversity. House Party, Friday, Blade and Mi Familia are just a few examples of the films New Line created to appeal to a diverse/ethnic audience. I felt right at home. Because of my experience, I made it my goal to include diverse characters in all of my work. But they seldom ended up on the screen.

Part of it was that film is a business rooted in international racism. Movies with non-white actors just didn’t sell overseas. Some of it was simply lack of awareness. A room of white, straight men don’t often think about including people of color, or gay characters, in their work. Final Destination was set in New York City, the melting pot of the melting pot of the world. I wrote in a diverse cast, but sure enough, as I watched the cast fill out, it was all pretty, young white people being set up for slaughter. The typical excuse was, and still is, “We went for the most talented person for the role.”

People get nervous, or anxious, talking about diversity today because after electing Obama, we’re supposedly living in a post-racial world. Except since we can’t deny the racial tension that’s sweeping the nation and world, we also blame the same black … I mean … biracial man for it. And it’s true, some have taken pushing for diversity to the other extreme of diminishing, or denigrating straight white men. That’s just douchery, not diversity. But I know that if I don’t push for diversity in my work, there won’t be any diversity in the final product.

After decades of hearing “no,” I finally got a horror project set up with a mostly African-American and Latino cast that deals with the superstition that deaths happen in threes. It’s set to start shooting this summer and we’ll be making some major announcements about it soon. It’s amazingly gratifying because I have always wanted to make a horror movie that wasn’t about race … but was just a great horror film that happened to focus on characters of color, and not white students, with one black friend who gets killed off first. Small steps and victories.

I write like I think. From the heart. Like most people in La La Land, I don’t fit the fake stereotype of a “Hollywood elite.” The fact is that most people in Hollywood moved here from a small town. And while I’m passionate, I chose not to be mean and bitchy. I know “if it bleeds it leads” and I can draw blood when the claws come out. But, that’s not who I am. That’s not what I want to spread in the world. I always remember what my mother taught me: Treat everyone with respect. Never think you’re better than anyone else. And if you want to engage people who think differently than you, you can’t scream your way into changing their mind. You can just live honestly and perhaps your experience will make someone shift their thinking.

Any time I publicly mention I’m gay or talk about race, someone always asks, “Why do have to shove your sexuality down my throat?” or “Why do you make everything about race?” The truth is, I don’t do either, but even mentioning these things can cause a knee-jerk, visceral reaction. My sexual orientation and race are just two facets of who I am, but I know how impactful visibility can be. I’ve gotten letters from black students who were inspired to pursue their dreams because someone of color wrote a movie they loved. I’ve heard from LGBT youth who were contemplating suicide, but chose life after they heard an interview with me. I’ve spoken to young people from poor regions around the nation who never thought that anyone from a tiny, impoverished town could “amount to anything.” I’ve talked to people whose families were horribly racist, but changed their views after meeting me.

So, even though I may not be saying anything profound, by simply being myself – flawed … but alive, following my dreams and most importantly being happy – I’m speaking volumes. My willingness to see how beautiful diversity is in people who are completely different than me has allowed me to make friends with people from all walks of life. Another Bahá’í saying is “Uniting the world, one heart at a time.” And that’s what I try to do. Every day. I’m not perfect. But I will never let the cynical ugliness in the world change that about me.

Jeffrey Reddick shot to horror fame with the creation of the horror classic Final Destination, which spawned four sequels and has earned over $650 million dollars at the worldwide box office. Reddick has sold, or optioned, more than 25 projects for film and television and has produced more than 12. Jeffrey’s most recent film, Dead Awake, was released in May 2017. Other produced credits include Lionsgate’s thriller Tamara and the remake of George Romero’s classic Day of the Dead. Jeffrey is making the move into directing and is currently developing The Horror Show and a feature version of his 2014 short film Good Samaritan. 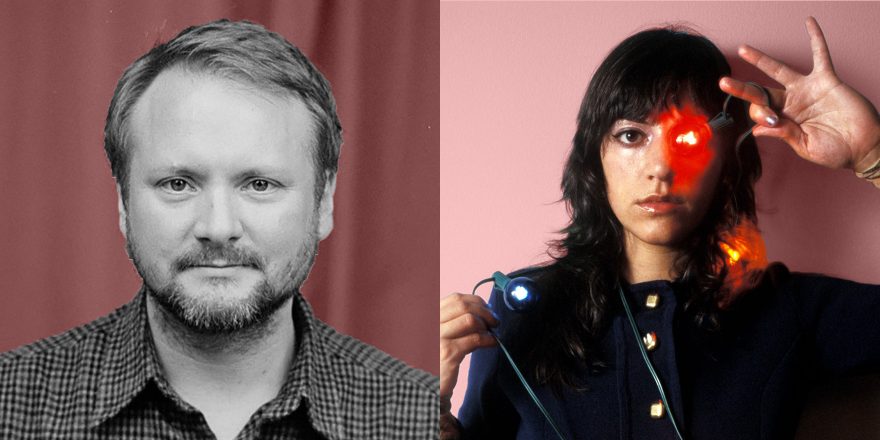