David Guy Levy is a filmmaker and writer. For over 15 years he has run Periscope Entertainment in Los Angeles and has produced numerous films. His new feature film, The Mandela Effect, had its world premiere at the Other Worlds Film Festival in Austin, TX this past October, and will be in theaters and on VOD beginning December 6.

“Have you heard of the Mandela Effect?”

This was what my friend Trevor casually asked me at lunch one afternoon in the summer leading up to the 2016 election.

I had not, so he explained that it’s a phenomenon where large groups of people have the same memory of something not being the way it actually is.

The Monopoly man never wore a monocle. Darth Vader never said, “Luke, I am your father.” It’s the BerenSTAIN bears, not BerenSTEIN.

I was instantly sucked in.

Already I had been going down a rabbit hole of my own, listening to some of the world’s greatest minds talking about how it was more likely than not that we are all living in a computer simulation. Nick Bostrom, Michio Kaku, Elon Musk … the further I delved into the subject matter, the more I found that many of them had a very convincing argument.

So when I heard about the Mandela Effect, my mind instantly connected the two. The Mandela Effect could be breadcrumbs, little bugs left behind as “updates” to the system.

And then I began to notice “updates” of my own taking place in both my personal and public realities.

The election of 2016 seemed unreal. Here in the U.S., the fabric of our country began to be tested in unbelievable ways. Trump was elected president and immediately began assaulting our institutions, including appointing people whose sole purpose was to undermine their office, even in the EPA! Across the pond, Brits had voted for Brexit. Countries everywhere were going through major shifts; the world was suddenly changing.

One month after Trump was sworn into office, I asked my girlfriend’s father for permission to propose to her. Less than a week later, we found out she had late-stage breast cancer. It knocked the wind right out of us all. (We became engaged the very same day she was diagnosed.) 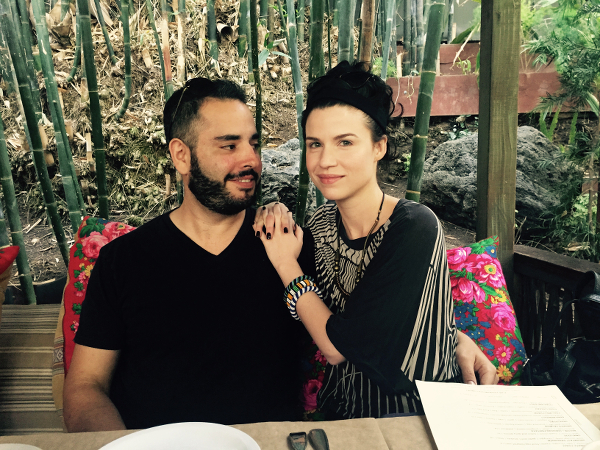 I don’t know if any of you have ever been a caretaker, but it is an intense experience. The emotional weight of it can really test what you’re made of, even though you’re not the one with the disease. I am grateful I was able to be the person she could lean on while fighting for her life, but I would be lying if I said it didn’t take its toll.

Life was hitting me from a lot of different places at once, and I was further sucked into wondering if I, or even all of us, were being tested. And to what end? Why? You know, the basic existential questions.

That’s when the story for The Mandela Effect was born. What some could dismiss as a conspiracy theory, seemed to me to be a specific expression of a universal behavior we all experience: how we all look to find order to make sense of a world that is increasingly lacking order; how we attempt to find our bearings in our lives when they have started spiraling out of control.

When I directed my first scripted feature, Would You Rather (2012), it was 10 years after I first came to Los Angeles to direct movies. I’d ended up working primarily as a producer, but at a certain point, I decided it was time to take a risk – a calculated risk – and make my own movie. I chose to make a horror film because there’s an inbuilt audience for genre films, and waited until writer Steffen Schlachtenhaufen came to me with a really solid idea. We developed a script with great ambition and I decided to put my home up for collateral to make the film.

Crazy, right? I was certain I was making a horrible choice, but I also was certain I didn’t want to look back knowing I never took my shot. I took a risk I feared was going to come back and bite me in the ass, and the stress was almost more than I could handle.

Amazingly, after a decade of producing other people’s movies, I saw a movie make its money back for the first time – my own! I was able to pay that loan off. Aware that I was extremely fortunate, I told myself I would never do that ever again.

When the concept for The Mandela Effect came to me, I simply had to make the film. This time around, however, it would be for very different reasons. Making this movie would be my way to make sense of the unexpected turn that my life had taken. Beyond my duties as a caretaker, this was going to be how I worked through an experience that was out of my control. This was how I was going to hold on to my sanity. I had a story I believed in, which spoke to me, and even though it was fantasy, it felt very personal.

I talked it over with my fiancée and asked her if she would be OK with me taking a risk like that. The most supportive person I have ever met, she didn’t even hesitate to say yes. She was staring her own mortality in the face, and I think that brings with it certain lessons. Such as, go for it.

So we did. Steffen and I got to work on the screenplay. Friends came in to help out in front of and behind the camera. New ones were made.

I would be lying if I said the thought of “the simulation” trying to stop me from making the film didn’t enter my mind on occasion. There were many hurdles, and many roadblocks along the way. Whenever an obstacle would present itself, it seemed like an omnipresent observer was placing it there. Would I ever get to put the movie out there? But here we are today, and I get to share this story with an audience.

My fiancée had her last round of chemo the same week as we wrapped on The Mandela Effect. She was there watching on our last night of production. It was a beautiful moment for me. A couple months after that, we were married.

Today she’s in remission and life is finally starting to feel … real again.

David Guy Levy is a filmmaker and writer. For over 15 years he has run Periscope Entertainment in Los Angeles and has produced numerous films. His new feature film, The Mandela Effect, had its world premiere at the Other Worlds Film Festival in Austin, TX this past October, and will be in theaters and on VOD beginning December 6.

cancer
David Guy Levy
Directing
film essay
hyper-reality
marriage
The Mandela Effect
Odessa Pushes Through the Low Points
For the Fun of It: A Conversation with Kate Bornstein and Eli Oberman 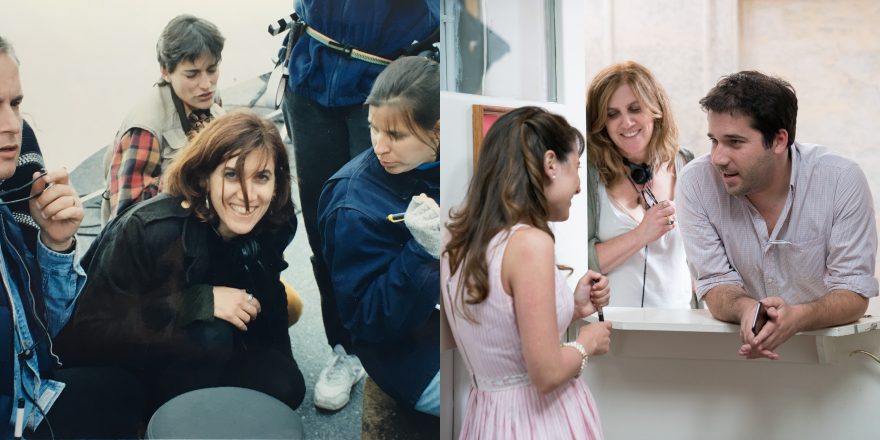 Waking Up Back in the Movie Business